A good detective sees what's there.
A great one sees what isn't... Testarossa
by JD Cary is available NOW! 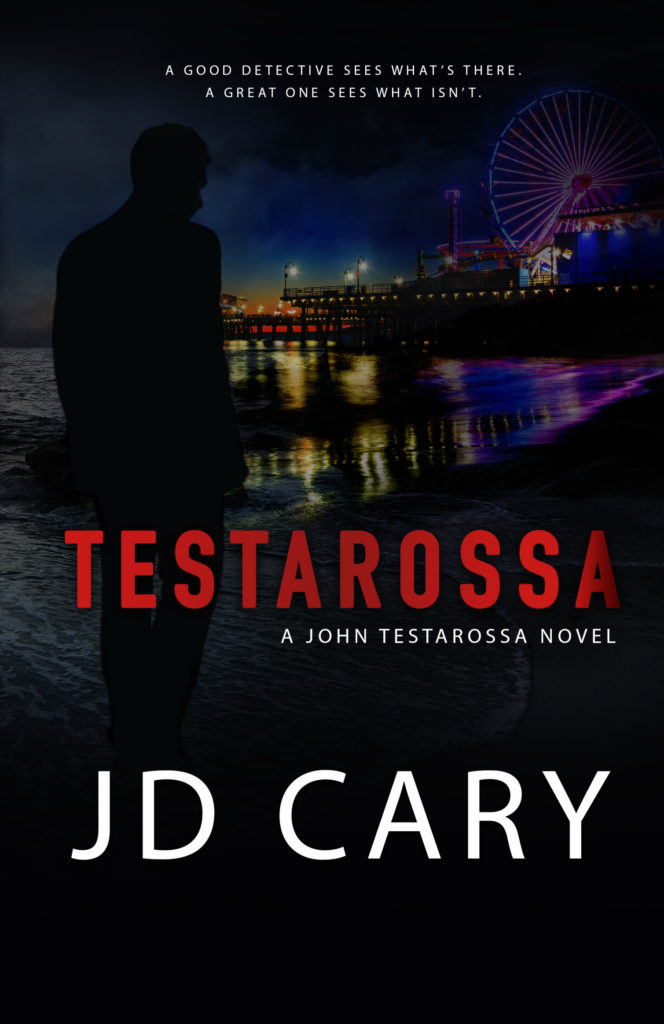 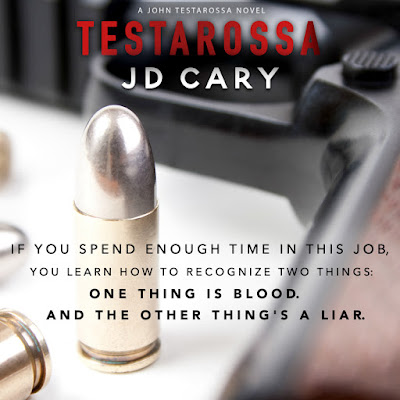 Things are never what they seem; especially in police work.

John Testarossa is an LAPD cop with an NYPD attitude who has seen it all. The dead, the dying and the decomposing are all in a day’s work for the red-headed Italian from Brooklyn. After an arm rolls up on a Santa Monica beach, and the dead body to which the arm was once attached is discovered, John and his partner, Alex Ortiz, enter the world of college sports, athletes, and the illegal drugs that enhance their performance.

Rage and revenge come together in a toxic cocktail John is all too familiar with. It defined him as a young boy, and ultimately still does as a man. He carries a dark secret. It is in the beautiful Dr. Karen Gennaro—who has a few secrets of her own— that John finds a soft place to land. Even as he knows all too well what falling in love with a cop can do to a woman.

What sustains this hard-boiled detective is the bond he shares with his brave and dedicated partners. When that bond is destroyed in a senseless act of violence, will his past, and a desire for vengeance, destroy him?

From Los Angeles, where Venice Beach, Marina del Rey, and the dream of Abbot Kinney’s Venice Canals paint a picture of bliss, Testarossa will take you on a deeper, darker journey. 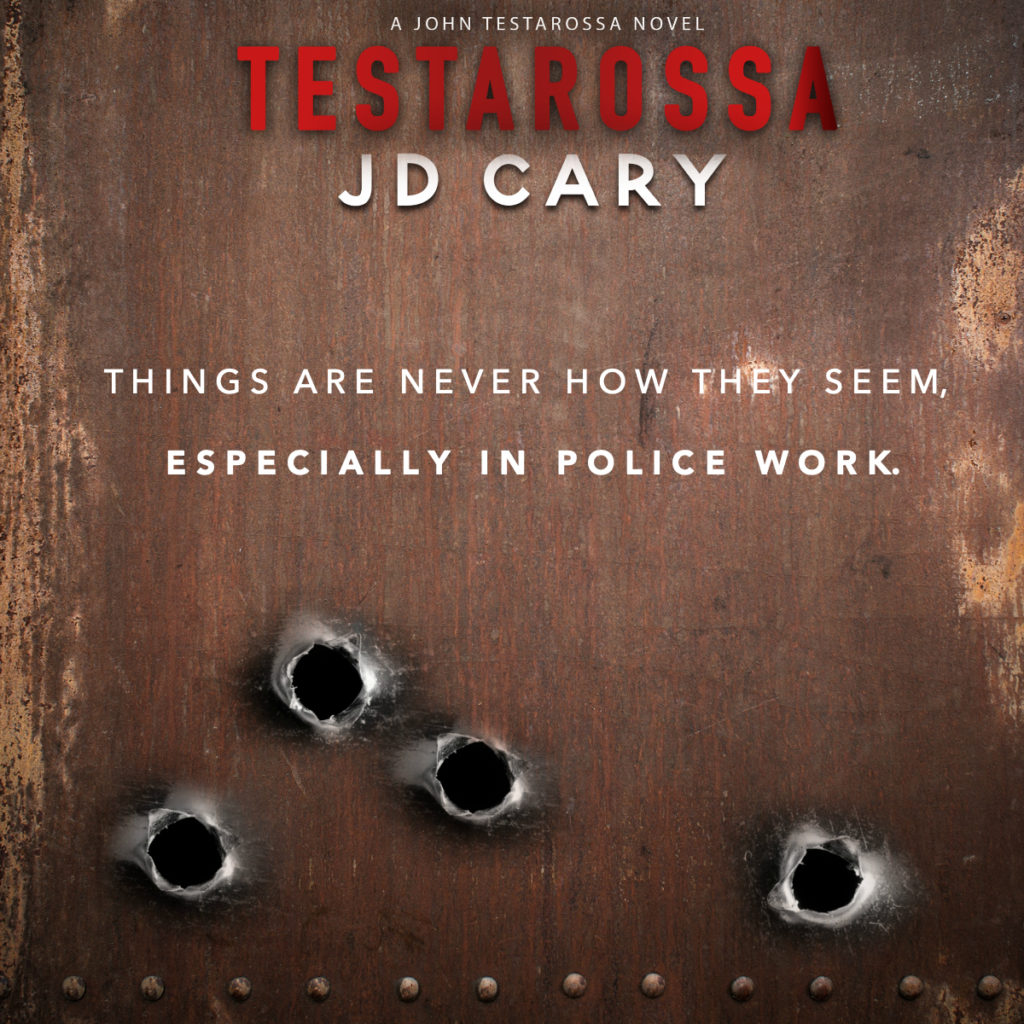 
An absolutely fascinating book that will capture you, pull you in and hold your attention all the way through. To say that there is mystery surrounding the "who dun-it" in this story is an understatement and one that keeps you turning page after page as your mind works over time trying to figure out who the murderer is before the detectives themselves.

The characters are so very well written and well defined, and one in particular is a bit complex. Detective John Testarossa is a man with a hard past. He was raised in a loving family with a father who was a police officer himself. John as a boy adored and idolized his father, until his father's sins knocked him off of the pedestal his son placed him on. But that did not stop the boy from loving his father, or feeling the deepest pain of losing that father in a brutal way. A pain that grew into vengeance for the person that took his father from him. A pain that remains with him along with a sin that continues to haunt his dreams as well as his daily life. He is a good man, a good cop and really good at that job. He has friends and he has his partner and his family that he loves very much. He himself is unattached, but his partner's family is like his own and he would do anything for any of them. It isn't until one of his brothers in blue is shot in the line of duty that he meets a woman that makes his world stand still. It isn't until he is visiting with him that he gets to meet her. It isn't until a little while later that he tracks her down and asks her out. She's beautiful, smart and is the doctor that saved his brother in blue's life.

To say that the relationship between John and Dr. Karen Gennaro is one of hearts and flowers would be wrong. What you get is real. What you get is a man and woman who are on opposite ends of the life spectrum. He's a cop from a cops family. She's a doctor, from money. He's more beer, whiskey and scotch; she's more wine and champagne. But together, they find that they have some things in common, although not exactly the same. They both try to save lives, although sometimes John as to be the one to take a life - and has in his line of work. But the secrets they both harbor could very well end them before they really get started. Their hearts are involved and John's sense of loyalty and honor are pushed to the limits when her's enters into the picture. His past surfaces and he sees that they will not, no, he cannot be what she needs or deserves. He can't bring a woman into his life when at any time he could cause her more pain if his job takes his life. He pushes her away.

What I loved most about this book is the way the author took their story, brought you through everything with them and their love; into their bed and didn't get lost in writing detailed sex scenes. He brought you through these scenes gracefully and beautifully without all of the intensity of detailing the scene. I also loved how he brought out your emotions by bringing you through a funeral of a fallen officer from the very beginning until the finality of the burial. Walking you through the funeral procession, through the funeral and the scene at the graveyard itself. You could almost see yourself standing among the mourners watching everything, feeling everything.

I have to say I have not enjoyed this type of book in a very long time. It puts you right out in front of everything that the detectives and the police officers do as they work a scene, as they work a case. It brings you into the bar that they go to when they are off duty, it bring to you the kind of cops they are, what they hold as important to them as police officers and it shows you that while not all cops are bad, that there are some and that the good ones know and despise the ones that aren't, and attempt to hold them accountable for their actions.

I will not say that this is one hot read because it's not, not in that way. It is hot if you like a book that will capture your attention, have you use your mind to work out what is going on and try to solve the case right along with the characters. It is if you enjoy a romantic scene for just what it is; romantic and real. It is if you can relate to the characters, if you can feel their pain, their joy and their devotion to their friends and colleagues. If these things make a book hot to you then this book is smoldering hot and I cannot recommend it highly enough. If I could give this book higher than a 5 Star, I would give it a 20! Outstanding read and I cannot wait to see where the next book takes Detective John Testarossa! 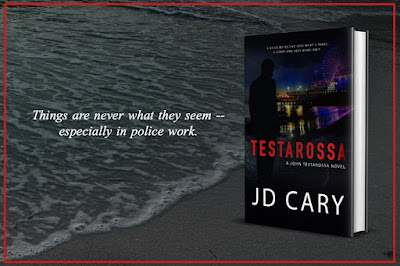 JD CARY began writing fan fiction, and that effort morphed into the first novel, Testarossa, which was originally published by Krill Press in 2010. In 2013, Testarossa was reprinted under the Bookspan/direct brands imprint and re-titled A Deadly Legacy. It was re-released in trade paperback under the Crooked Lane Books Banner in September 2015.

Now, going back to its original name, yet re-edited, Testarossa is being re-released independently in 2019.

JD lives in Los Angeles with an adoring family. 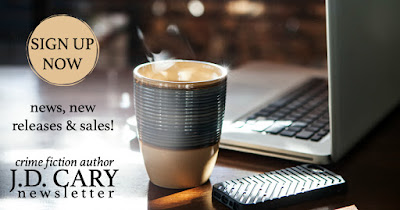 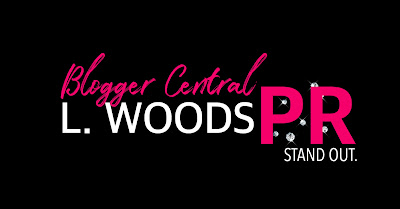