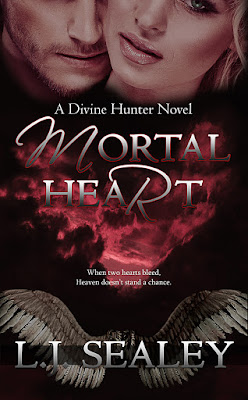 Is it possible for a heart to break twice?

Lacy had known from finding out what Michael was that there would be complications, but she never expected they’d be torn apart in such a cruel way. Unable to stop herself feeling the things she did, she knew she would pay for falling in love with an angel, but this. . . If it hurt this much, then how could she go on without him?

He’d feared this would happen.

It was always only a question of when.

Michael’s nightmares had come true and he hadn’t even had chance to say goodbye. His heart ached like he never thought possible, but he was powerless to change what had happened. Now he was trapped in the heavens awaiting a trial that he already knew the outcome of. Through her journal he’d lived his mother’s pain after his father had been taken from her. He couldn’t allow that to happen to Lacy.

He had to get out.

He would get out.

Of all that had happened to him this would be his toughest fight yet, but it would end in one of two ways: Either Michael would convince the Thrones to let him live with the woman he had lost his heart and soul to, or he would die by her side.

Either way, he wasn’t prepared to exist without her.

Mortal Heart is the fourth and final book in the Divine Hunter series.
* This book contains adult situations and is recommended for ages 17+ * 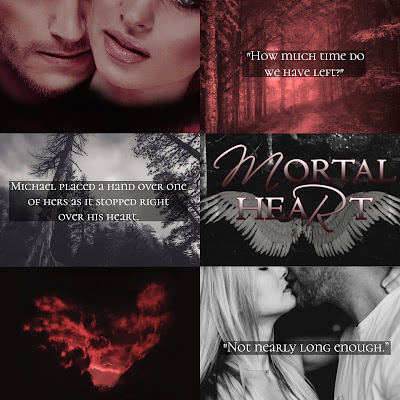 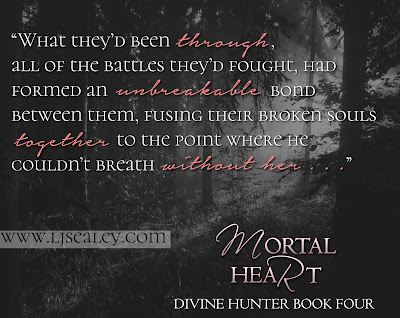 Oh my goodness if this book just didn't send my emotions into overdrive! FANTASTIC READ!!! With the end of Lacy and Michael's story at hand, this book will definitely shake you to your core! A story that will answer all questions, that will rip your heart out and put it back in, and an epilogue that will give you a good hint as to where the Divine Hunter series will now go, this book right here will definitely stay with you for quite a while.

I cannot recommend this series highly enough! I have loved every minute of these four books and I am so glad that I took that leap of faith when I read the first book. From that moment on I was hooked. I did get lost along the way, but managed to come back on track and picked up from where I left off and now I know all of Michael and Lacy's story. In a way, I'm kind of sorry to see it end; but then who knows, we just may see them a little in upcoming books. Only the author knows for sure. Fantastic job LJ Sealey! 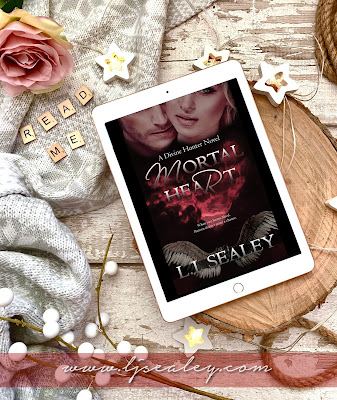 BEING ALONE WAS A DAUNTING PROSPECT, and yet it was how things had been for Lacy since her grandparents had died. But that was before she’d met him: the man who had entered her life and turned it completely upside down. The one she’d fallen in love with.

And now he was gone.

Lacy stood by the window, arms wrapped tightly around herself while she


stared out into the inky black sky, trying to imagine where Michael was up there. Was he beyond the stars? Beyond the faraway blackness? Or was there a space in between here and there? She couldn’t imagine how it was possible. Never having any kind of faith growing up, Heaven, angels, demons—all of it had been nothing but exaggerated stories to her. After her little sister had been run over and killed—after the turbulent upbringing they’d both had with a mother who had been too troubled to care what she was putting her children through—Lacy had quickly lost what little faith she might have had.

Oh, how she wished that was still true.

Now, though, she’d been forced to face all those things and more as reality. But because of that, at least she knew Michael was somewhere safe.

What was he doing right now? She couldn’t help wondering. Were they treating him okay? Was he being held like a prisoner?

God, the not knowing was killing her.

In the end, all Lacy could do was tell herself that no matter what, his time in Heaven couldn’t possibly be comparable to the suffering he would have endured in Hell. That had to be true. And in some way it gave her small amounts of solace to know that those demons weren’t anywhere near him.


Suddenly her legs felt too heavy so she went to lie on her bed. Lacy closed her eyes tightly, like if she squeezed hard enough she could block out the whole world. The anguish. The pain. She thought of him, pulling up a happy memory, but no matter how hard she tried, Michael’s image kept slipping away. Her brain was refusing to cooperate. But she needed to see his face behind her closed eyelids, the creases at either side of his mouth as he smiled, those icy blue eyes—eyes that were always so full of love—that spoke a thousand words whenever he looked at her. Whenever Lacy managed to pull his image back inside her mind she could pretend he was still with her and that the whole thing had been nothing but a crazy nightmare. Then something always pulled her back to reality, forcing her to remember that she was alone.
The other half of her had been gone less than twelve hours, yet she felt the loss of him as if it were a lifetime.

It was too hard. 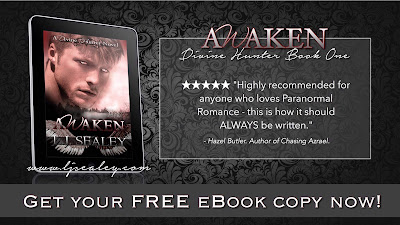 ♡ Start the Series for Free♡ 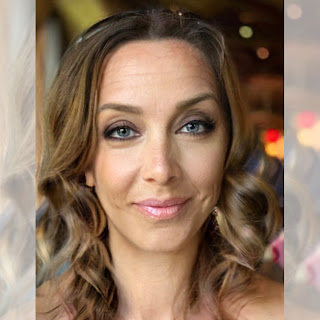 L.J. Sealey was born and raised in a little Welsh town by the sea. It rains a lot, so she often has a great excuse to sit at her writing desk and while away the hours at her laptop.

She still lives in N.Wales and when she's not travelling around the country working with her husband - who is a professional singer - or singing backup vocals herself, she likes to drive around the beautiful Welsh countryside. Some think it's because she enjoys the scenery; others suspect she's hunting dragons. L.J also likes to read and watch her favourite TV shows which normally includes plenty of CSI, The Vampire Diaries and endless amounts of sitcoms. Being addicted to reading about vampires, demons, shifters and angels, she has always had a thing for all things paranormal, and is a big sucker for impossible love stories.

So it was inevitable that when she started writing herself she would mix the two together.

L.J. Sealey is the author of the paranormal romance series Divine Hunter. 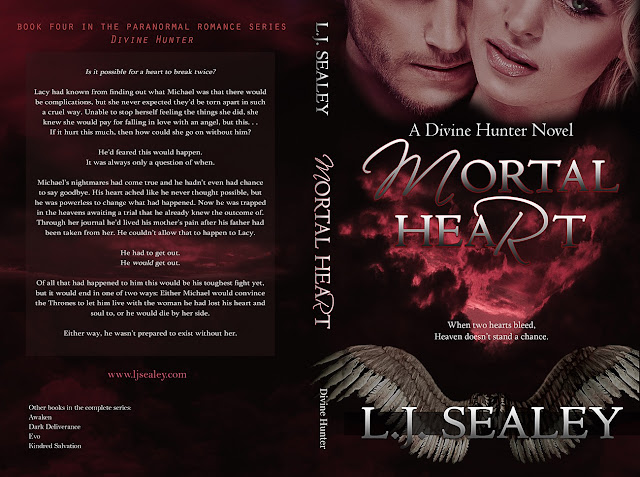