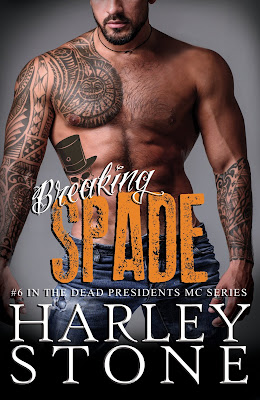 Working two jobs while juggling family and club obligations keeps Antonio "Spade" Fernandez's schedule full and his bed empty. When a hostage situation flings the perfect woman into his arms—and then into his bed—he'll have one night to fulfill her every fantasy.

After a lifetime of caution, Jessica Munroe is ready to take a risk. Looking down the barrel of a gun wasn't what she had in mind, but it does motivate her to hook up with her sexy rescuer.

One wild night of passion is all either can spare, but will it be enough? 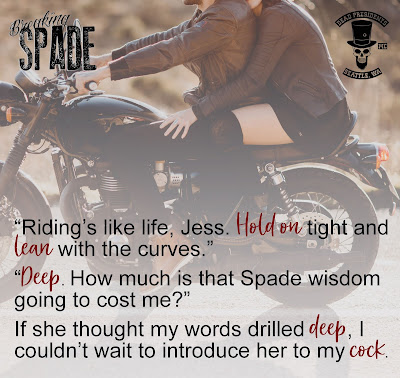 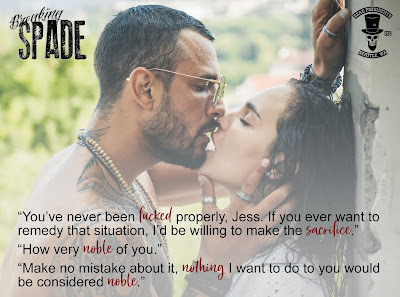 
I simply adore this series. The author has given us a wonderful premise to the series and it just keeps getting better and better. The Dead Presidents MC is made up of ex military men who need a helping hand and structure when they leave the service. A place where brothers help brothers heal. If you have kept up with the series (or if you are just starting it) the ole ladies are slowly becoming a huge part of the club as well.

This is Spade’s story. He is a good man, from a good family. Family is very important to him. both his blood family and his MC family. But don’t take him lightly. Cross him or his family and Spade has no trouble setting people straight. Jessica is a strong woman who works hard but leads a pretty boring life. But she ends up in the wrong place at the wrong time and a man has her at gunpoint, her whole outlook on life changes. Spade and two of his MC brothers show up to help Jessica. When Spade sees this beautiful woman who is staring at him and scared to death, something inside him snaps. He wants a whole lot more than just to save her. But Jessica has always been the careful one, she always plans and is never spontaneous. But when emotions from being held at gunpoint cause her to throw caution to the wind, will Jessica and Spade survive the outcome?

This is so much more than just a MC romance. The touching story about family, PTSD and life in general, touched my heart is a wonderful way. I HIGHLY recommend reading Spade’s story and the entire Dead Presidents MC series. You won’t be sorry you did. 2 Thumbs Up and 5 Outstanding Stars. 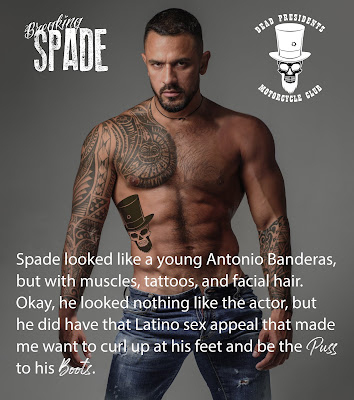 “I’ve heard about the Dead Presidents on the news and from Carly. She says you guys are a club, a brotherhood, and not a gang, and that you’ve always treated her right. But I never would have thought bikers who looked so rough and tough would be so… kind. I’m embarrassed to admit my surprise.”
“You stereotyped us?” I asked, pretending to be shocked. Most people couldn’t see past our beards, tats, cuts, and bikes to get to know us. Some treated us like we were the scum of the earth, unable to hold down a job. Because I was Mexican, I also fought assumptions that I was here illegally and should be deported. Nobody cared about the shit my parents had to go through to prove they weren’t terrorists and earn their citizenship to start a business and a family without worrying about getting robbed and shot up by one cartel or another.
Her expression fell. “I did. I’m so sorry, but I did.”
“Don’t even worry about it. You’re an attractive, intelligent, single woman. You are single, right?”
To my satisfaction and relief, she nodded in confirmation.
“As fucked up as the world is, you should be gun shy around any man. But most people in life will surprise you if you give them the chance. Sometimes it’s even for the better.”
She gave me a rueful smile. “Touché” 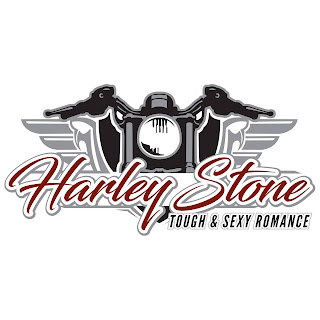 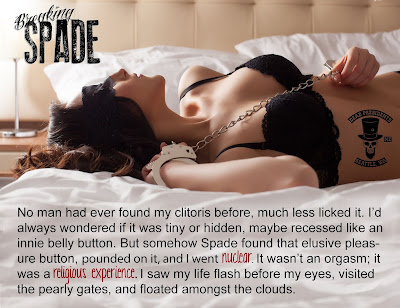