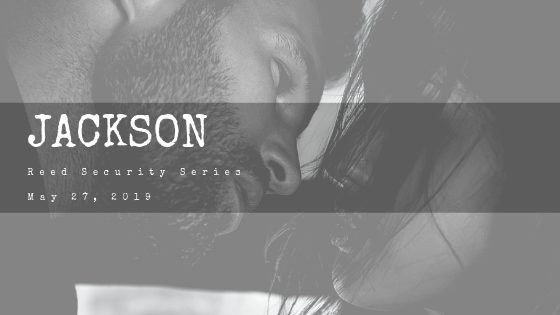 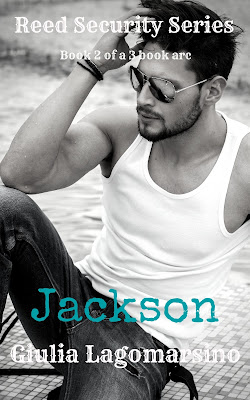 
Jackson Lewis saved Raegan Cartwright from a terrible situation and has been keeping her and her parents safe. Raegan knows she can trust the sexy man she's staying with, but her confidence has taken a beating. Still, she refuses to be the wilting flower that everyone expects of her. If only she could get Jackson to see that. He sees only what he wants to, sure that her refusal to talk about what happened as a sign she couldn't move on. But when all hell breaks loose at Reed Security, Raegan is pulled into one dangerous situation after another.

When it is discovered that Raegan isn't just an innocent bystander but directly linked to Reed Security's current situation, she finds herself even more intertwined and is fully prepared to face her issues head-on. But this is more than just an abusive ex. This is something that involves innocent people and deadly consequences. But Reed Security is relying on her and she won't let them down.


Oh my God!!! If this wasn't a nailbiter turned tear fest, turned hot zone, turned nailbiter I don't know what was. This book was gripping, hot, painful, stressful and full of the banter that these guys can only deliver! Once they start in on one, it turns into a free for all. This is Jackson's story, but there are the other men and their ladies, as well as a glimpse of what happened to Chance. Reagan is now Jackson's charge after he rescued her from the ex that had beat her near to death, but somewhere along the line, he fell for her. There are times in this story that I wanted to beat her myself on Jackson's behalf, but..he likes her that way so I let it slide (but secretly I still wanted to beat her for the stupid things she did). Anyway, their first time together happens while they are on the run, and talk about getting down and dirty..only this is literally! And it was just as funny as it was hot! But danger is on their tails and now that they have made it to the new safe house, they have to figure out how to get in...RUN FOR IT!

That's all you get, but I will say that this book will latch onto you from the very beginning and will not let go until you reach the end and fall straight off of that cliff! It's exciting, thrilling, funny, scary, painful and a thorough joy to have read. I cannot recommend this book, these books highly enough. A total 10 in a world of 5's. 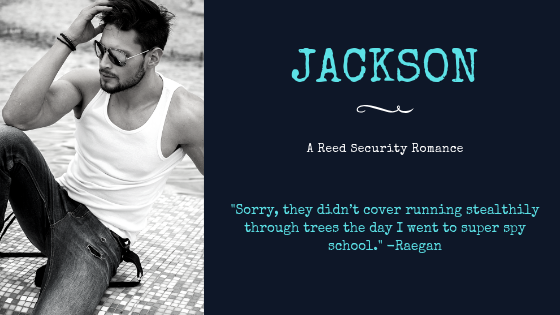 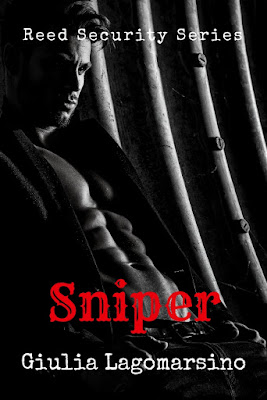 
I'm a stay at home mom that loves to read. Some of my favorite titles are Pride and Prejudice, Harry Potter, Lord of the Rings, and Horatio Hornblower. I started writing when I was trying to come up with suggestions on ways I could help bring in some extra money. I came up with the idea that I could donate plasma because you could earn an extra $500/month. My husband responded with, "No. Find something else. Write a blog. Write a book." I didn't think I had anything to share on blog that a thousand other mothers hadn't already thought of. I decided to take his challenge seriously and sat down to write my first book, Jack. I was surprised at how much I enjoyed writing. From there, the stories continued to flow and I haven't been able to stop. I hope my readers enjoy my books as much as I enjoy writing them. Between reading, writing, and taking care of three small kids, my days are quite full.