Release Blitz - Out of the Flames by Leah Sharelle

Title: Out of the Flames
Series: Firemen Do It Better
Author: Leah Sharelle
Genre: Contemporary Romance
Release Date: May 20, 2019 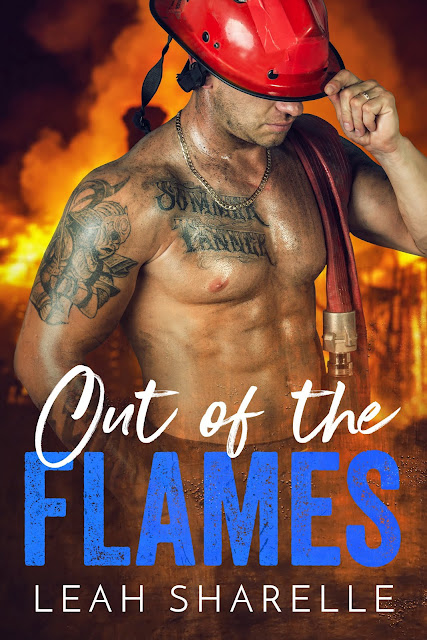 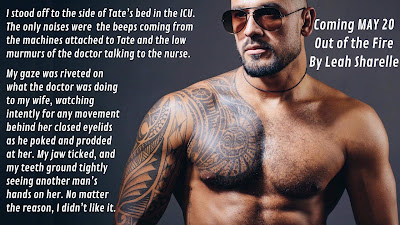 
There is nothing in the world that Lead Firefighter Dylan Grant loves more than his wife, Tate.

The second the tattooed mountain of a man laid eyes on her, she became his obsession, the very breath in his lungs, the beat of his heart.


When he isn’t fighting fires or hanging with his two best mates, he is with Tate.
There isn’t one single thing he wouldn’t do for her.

But there is one thing he can’t give her—a baby.

The alpha firefighter just won’t accept that. No way.

Tate leads a charmed life. She is married to a hunk who dotes on her every second of the day.

Her custom jewellery pieces are taking off, giving her a respected reputation and making her some good money. The only black cloud hovering over her happy life is the fact she can’t get pregnant.

Since the day she met Dylan, all she wanted was the perfect life with him. What if she can’t give Dylan what they both want. Will he look elsewhere? Will her failure ruin the best thing that has ever happened to her?

When tragedy strikes the cruellest blow, will Tate and Dylan find a way out of the flames to their happily ever after? 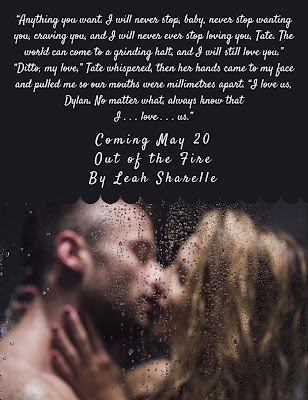 This Firefighters series just gets Hotter and Hotter and the emotions just keep hitting the heart stronger with each book released. The author has done an outstanding job of making the reader feel everything little nuance that the characters feel in this book: the love, the hurt, the devastation, the helplessness, the friendships and so much more.

Dylan and Tate have been head over heels in love since the day they meet 10 years ago and after 5 years of marriage their love and devotion to each other is stronger than ever. The only thing lacking is a baby. Frustration sets in after a year of trying and still no child. But when tragedy strikes the author will take you on a very heartfelt emotional ride. One that Dylan and Tate’s magical love affair may not survive and one the reader will feel down to their toes.

Simply put his is a Phenomenal read in one amazing heartfelt series. While the books can be read as stand-a-lones, I HIGHLY Recommend all the stories in the Firemen Do It Better series as the friendships overlap. Kudo’s Ms. Sharelle for a wonderful read and this reader can’t wait for your next release. 2 Thumbs Up and 5 Adoring Stars. 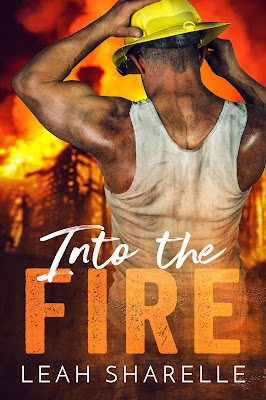 Into the Fire (Firefighters Do It Better)