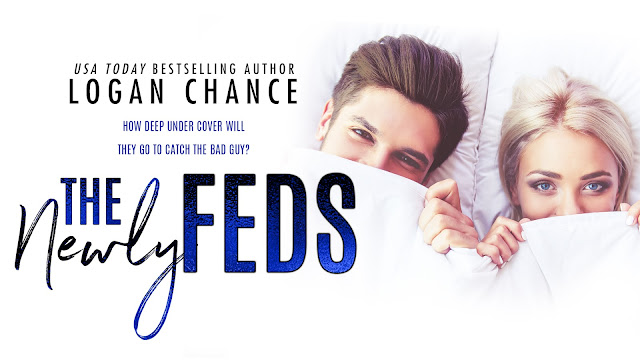 The NewlyFEDS
By Logan Chance
Release Date: May 9th

Special Agent Vin Mills has everything he’s ever wanted. Sweet job. Rock hard abs. An ass you can bounce a coin off of. And a money laundering mob boss who’s about to go down.
The only thing standing in his way is fresh off the desk bombshell in heels, Special Agent Addison Buckley. She’s just destined to screw everything up.

Addison Buckley has one thing she wants—a promotion. The only thing standing in her way is egotistical and tattooed hottie, Vin Mills. The department wants them to pose as newlyweds and blend with the residents in one of the most prestigious and nosy neighborhoods in Colorado. A few touches, a few kisses, no problem.

Saying and doing are two different things, and this is one game of espionage these two rivals never bargained for.
Will these NewlyFEDS be able to catch the bad guys, or get caught under cover first? 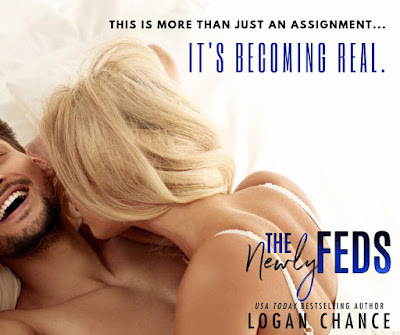 
A very Delightful, Refreshing RomCom along with a suspenseful whodunit. Sounds like a weird combo but the author has done a superb job of mixing just the right amount of both to have you laughing as well as guessing throughout the book. The characters are well defined, humorous and a group of people that will make you feel right at home (yep even the bad guys).

Special FBI agents Vin Mills and Addison Buckley work at the same agency. The problem is Addison can't stand Vin's showoff, playboy ways. As for Vin, he sees Addison as a pretentious, by-the-book female who needs to loosen up a little. So when their boss sends them undercover as a married couple, to catch a big fish, these two have to pull of the acting job of the century.

What happens as days turn into weeks and the clues get further in between will not only have you laughing and smiling but will keep you on your toes as to who and how things are going down. 2 Thumbs Up and 5 Stars for a fabulous book, one I highly recommend scooping. You won't regret it.


Absolutely wonderfully entertaining read that will have you glued to the pages until you finish this captivating rom-com, with a little bit of angst, tossed with some mystery and thrown into the hot sheets and allowed to cook until you are well done!

So...who done it?? Well it was, you know...you have to read it to find out! But watch out for the twists and turns that will have you thinking and rethinking what you think you know as you try to figure out who the bad guy is. Isn't that great???? Yep...makes for an outstanding read!

Great read and I highly recommend this book...you won't regret it! 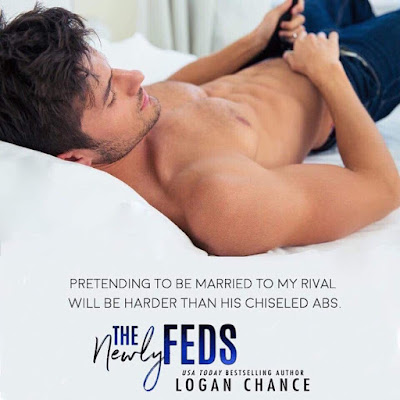 Logan Chance is a USA Today and Top 20 Amazon Bestselling Author with a quick wit and penchant for the simple things in life: Star Wars, music, and smart girls who love to read. He was nominated best debut author for the Goodreads Choice Awards in 2016. His works can be classified as Dramedies (Drama+Comedies), featuring a ton of laughs and many swoon worthy, heartfelt moments.