From S.M. Shade comes the next book
from her Violent Circle Series.

Mr. Rogers did not prepare me for the people in my neighborhood. A cut in financial aid for college and a lot of bad luck have landed me not only on Violent Circle, but in the apartment known as Frat Hell.

I can handle myself, so living with three guys isn’t a problem. Even the madhouse disguised as a low income neighborhood isn’t an issue. The trouble is Denton, the man with the mischievous grin in the room across from mine.

I can resist the lean, muscled body. I’m stronger than the quick smile and adorable dimple. But his kindness, that may be the straw that breaks the vagina’s crack.

I just need to keep my head down and my legs together while I focus on making my dream of owning my own tattoo shop a reality.

*This is book four in a series, but can be read as a standalone novel. Book one is Scarlet Toys, which is Free.

Start the series for FREE with Scarlet Toys

As soon as I step through the front door, I can hear music playing. It’s familiar, but I can’t place it. A rose hangs from a string inside the door with a note attached. Oh my god, what is he up to?
Strip, and follow the petals.
His text said we had the apartment to ourselves. He’d better not be wrong. I pull off my shirt, kick off my shoes and socks, then add my shorts to the pile of clothing. The bra and panties are staying until I see what I’m in for. I’m glad I wore my matching black lace set. I didn’t expect this, so I could’ve easily been rocking granny panties and a sports bra.
A single rose petal lies in the doorway between the foyer and the living room, but once I step over to it, I see another a few feet away, then another a few feet beyond that. I can’t believe he’s done this. Who knew Denton was a romantic? Smiling, I tuck the rose under my bra strap.
The music grows louder as I follow the petals to his bedroom, picking them up as I go. It’s driving me a little crazy that I can’t figure out where I’ve heard it before. It’s instrumental, and so damned familiar.
A shiver of excitement races over me when I step into his room. My plan was to toss the petals in the air around me, maybe with some silly remark, but that idea just went right out the window. I expect to find him waiting for me, maybe with some strawberries or wine. I had the strawberries right, but…
Laughter shakes my body before I can even fully comprehend what I’m seeing.
A six foot tall dinosaur lounges on the bed, dressed in a bright red thong and bra. It’s massive head is propped on a pillow and it lies on its back, legs in the air.
“Are you ready to get t-wrecked?” Denton’s voice is deep and sultry.

I just adore the people who live/lived on Violent Circle. The author has once again written a delightful romance using her witty and heartfelt style. Another plus, we not only return to Violent Circle with a new romance but we catch up with the wonderful characters from the prior books in the series (FYI, All books can be read as standalones but the are all fantastic reads).

Becca finds herself being kicked out of the dorm and losing her college financial aid. She has one week to figure out her financial troubles and find a place to live. Answering an ad in the paper, she finds a place she can afford on Violent Circle. The problem….. She will be sharing the apartment with 3 guys. But if that’s not bad enough, her ancient car is on it’s last leg and the shop where Becca works as a tattoo artist is being sold and she’ll soon be out of work. Can life get any worse for Becca? Little did Denton know the hot chick he help jump-start her dilapidated car in the pouring down rain would answer his ad for a 4th roommate. While fighting his attraction to her, Denton convinces her to take the room.

From here the book takes off. It’s like being in the middle of a hilarious sitcom. The pranks, the laughs, the crazies of Violent Circle will once again have you laughing, smiling and wanting to join right in. 2 Thumbs up for a great book  that I highly recommend. In fact if you haven’t started the series, you truly must. 5 Stars for book #4 as well as the entire Violent Circle Series. 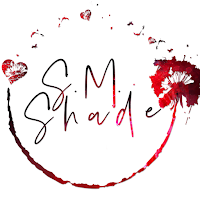 S.M. Shade is a homeschooling mom hopelessly addicted to Dr. Pepper, love stories, sunshine, and men with full sexy lips, though not necessarily in that order. A voracious reader since she sounded out her first word, she started writing as a teenager and rediscovered her love of writing as an adult. Originally from Indianapolis, S.M. now lives in a small Kentucky town with her teenage son. 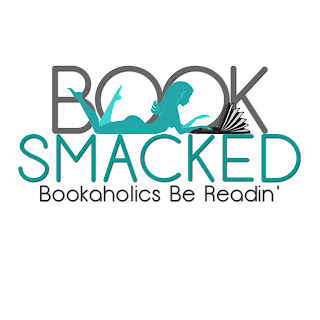