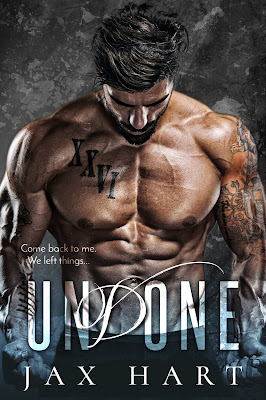 
I had to leave her behind. Forget I ever laid eyes on her beautiful face.
I did it to protect her... to shield her from the ugly side of the life I'm in.
The life I chose.
We left things UNDONE.
UNFINISHED.

My love might break her, but it's what I crave-- what I need... absolute submission she'll accept me as her king. Because I've already decided, I'll take her to be my QUEEN and when I do--nothing will be UNDONE between us... we'll be UNBREAKABLE.
But first, I need to win her back make her understand she was always in my heart, even when the only choice I had was to walk away.

LUCE...
My heart beats only for him. I waited but he never came. My heart turned to ice and now I'm determined no one will crack it again. But a dangerous man more ruthless than the first pursues me.
They both want me.
Desire me.
I'm lost in the woods but only one of them can take me home.

From AMAZON BESTSELLING AUTHOR JAX HART, UNDONE CREED MC #3. This is a standalone full-length novel. You can read this without reading the other two books. However, the author recommends reading in order.

****These series are less about the MC life and more about the men who run them.****

This is Smith & Luce's Story... you first meet them in UNSCRIPTED #2 in the series. 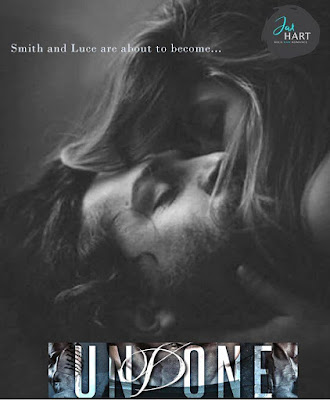 I really did like this book, once it took off. I found it to be a little slow in the beginning, for me. But when it took off I had a very hard time putting it down as it enticed me, intrigued me and the action and intensity of the situations pulled me in and wouldn't let go. There was one part towards the end that I thought skipped something important, but maybe it was just me that missed something. Nevertheless, I did enjoy reading about Creed and Luce and meeting the rest of the MC and their ladies as this is the first book of the series that I have read, and the first time reading this author. The details paid to the locations were spot on and the supporting characters as well as the lead characters were very well written and quite complex. I loved how Luce seemed to be quite the little damsel in distress until the point that she wasn't. She began to stand up for herself and her backbone stiffened and she stood her ground, until she couldn't..and that's on Creed..LOL. Creed, the total alpha male and Dom was good up until the point that he broke her heart and made me want to reach into the book and strangle him (it was just one particular scene that caused that reaction). As far as the Dom part of his personality, he said it a few times, but I never really saw that particular part of him come out when things did get heated. He spoke of punishment which never came to light. So if anyone is into the Dom/sub reads, they would be disappointed in that area. It didn't bother me however, because I'm more about the storyline, but if it is put out there and doesn't show up when the scene calls for it then I think that is a little bit of a miss. My opinion only.

Other than the slow start, I thoroughly enjoyed this book and their story. I wish I had read the first two, but there was really no need as far as the storyline itself. 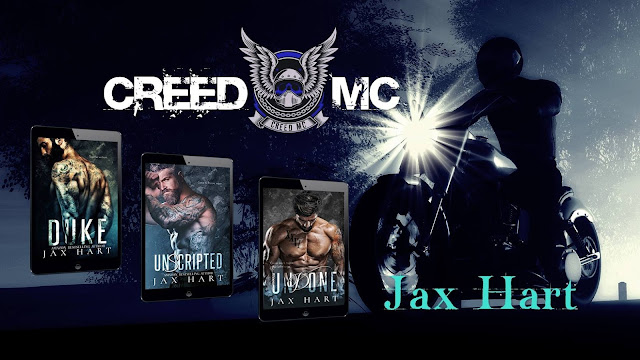 In the Series
Available on Kindle Unlimited
Duke (Creed MC #1)

Jax Hart: Singer, a songwriter, living creatively through art. Dirty Romance author from the great state of Washington. Duke is his first full-length novel. He generally hates most people, plays the bass guitar, and enjoys camping trips with his son.