At least, that’s what I tell myself when I bargain with the enemy and score a renovation for my hair salon.


He’s got a body and face the Greek gods would envy but his personality needs a major overhaul.

He’s surly.
A rule-follower.
Did I mention he’s seen me naked?

I may have crushed on him for years, but the only place I want Nick swinging his hammer nowadays is at my salon.

Except, he needs something in return. . .

This is a very well written friend to lovers romance. The author has given us a storyline with her uniqure flare that I just love. The book is funny, romantic and will most certainly touch your heart. The characters are down to earth and very relatable and the situations they find themselves in are very common to most people.

Mina has had a crush on Nick, her best friends brother, since she was a very young girl in school. The older she got the more the crush involved into deeper feelings, well at least on her side. Even when she was crushed when the told her he was marrying another, Mina stood by him her feeling never wavering, at least on the inside. But Nick and Mina have always been there for each other even though they fuss and pick at one another in their own crazy way. But through it all to Nick she was just his sister friend and to Mina he was her whole world.

Mina always had a dream to open her own business. But when her dream of opening her own salon are all but crushed the only person she can depend on for help is Nick. But can she stand to be around Nick for weeks while her salon is being built and not let him see how she’s always felt?

This is a very funny, delightful story that will warm your heart and have you laughing and smiling a lot. 2 Thumbs up for this heartfelt 5 star read. I highly recommend it and look forward to book 2 in the Put a Ring On It Series.


A masculine hand sticks through the closing elevator doors, cutting off my train of thought as I lurch forward to jab the KEEP OPEN button. I smack it once with a heavy, don’t-fail-me-now finger, then again, my gaze flitting to the doors that are inching closed like the gates of Mordor.

That hand balls into a fist and then a suit-encased forearm appears, followed by a long leg and a brown, leather dress shoe. The leather is so soft, so visibly supple, I wouldn’t doubt that they cost more than my mortgage.

At the Greek curse for “fuck”, and the more than familiar gravel-pitched voice, my back snaps straight, and I yank my gaze up. Up past the lean waist not even a suit jacket can hide. Up past the barrel chest and the bulging, I-swing-hammers-for-a-living arms. Up to a face that’s as unforgiving in its aristocratic, angular bone structure as his hair is a wild, dark mop on his head.

Only that curly hair and a pair of full, pillow-soft lips—not that I’ve ever tasted them, of course—make him seem more human than rigid statue.

Has there ever been more appropriate timing? I don’t think so.

She who asketh shall receive—or however the saying goes.

For possibly the first time in six years, I smile at the man standing just inches away.

Nick Stamos stares down at me, his pewter eyes hard and narrowed with suspicion. “Trying to amputate my arm, Ermione?”

My smile slips, hackles twitching like a cat’s fur standing on end when stalked by a predator. Er-me-o-ne. His tongue rolls over the R in my given name, his Greek accent perfect and sultry despite the condescension dripping heavy and thick with every purred syllable.

Don’t let him get to you.

Only, he’s gotten to me for years now.

“If by amputate you mean save,” I murmur with practiced flippancy, “then sure. It’s not my fault if technology doesn’t want to work for you.”

Those slate-gray eyes, unlike any pair I’ve ever seen, drop to where I’m still pressing the KEEP OPEN button. When his dark brows rise, taunting me with their perfect arches, I follow his lead and glance down at the illuminated button.

Air puffs up my chest with indignancy as I inhale swiftly. “You didn’t really need that arm, did you?”

Nick snorts derisively. Without sparing me another look, his big hand circles my wrist. His touch is bold, his skin hot. A shiver of something—revulsion, I hope—rolls down my spine, unwinding and unfurling until even my gold-painted toes curl in my heels. And, as though he fears I’m completely incompetent, he angles my still-pointed finger at the button to close the doors.

Pushes down and lingers, as though to taunt, see? This is how a contraption called an elevator works. Welcome to the twenty-first century, Ermione.

Ermione. Even in my head I can hear him slinging around the name I inherited from my maternal grandmother, knowing that it makes my mouth pinch and my hands clench.

My smile has, as it always does around him, completely evaporated.

Locking me in with Satan’s mortal sidekick, my best friend’s older brother. 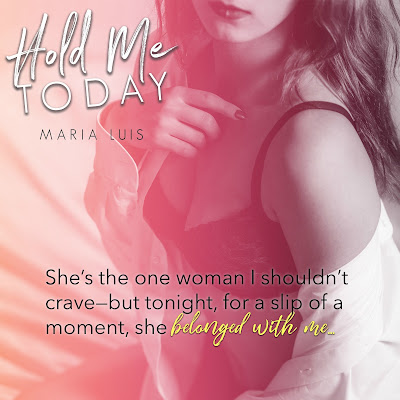