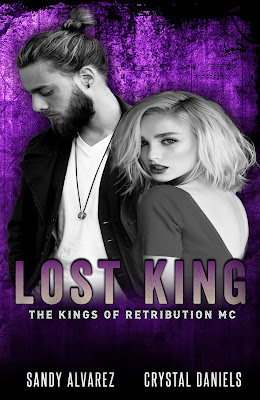 The funny thing about fate—about life, is you never know what the next day holds. Live with no regrets.

Quinn Beckett, Sergeant At Arms for the Kings of Retribution MC knows life is all about what you make of it. He has dedicated years to his club, his family, his community and the members he calls his brothers. For Quinn, he couldn’t imagine life getting much better.

Until a chance meeting a couple of years ago with a bright, attractive doctor altered his course in life. She became his only desire—his obsession. Quinn wanted nothing more than to make Emerson his.

To outsiders Emerson Evans had all the things in life you could ever hope for; family, friends and a great career, but what they didn’t know was she wasn’t happy. All her life she chased dreams—dreams that were only partly her own. Being a doctor means everything to her, but she finds herself longing for more out of life. Including wanting a sexy, long-haired biker, who happens to be part of the local MC. The very Club that fate decided was to be a part of her life.
She could never have foreseen that giving her heart away and loving a man so fiercely would be the source of strength she would lean on when the unexpected happens.

I have so been waiting for Quinn and Dr. Pretty’s story and the authors did not disappointment. The story is a combination of romance, aghast, suspense and brotherhood and will hold you captive from start to finish.

Quinn has know Doc would be his from the moment he laid eyes on her. For two years he’s bided his time. He’s has watch his MC brothers find their soul mates and start their families and he wants that for his own life and he’s decided now the time.

Doc has no doubt that she wants Quinn. But he’s everything that her parents would hate and she has lived her life trying to please them. But after a scare, Doc gives in and spends the night with Quinn. It’s everything she thought it would be. But just as their relationship begins, trouble from their past comes back to down and declares war on Quinn and the Kings of Retribution MC.

This is a very exciting and thrilling addition to the series. Kudos to the authors for an amazing job well done. I Highly Recommend both Lost King and the entire Kings of Retribution series. If you like MC romance/action books these are definitely for you. 5 Amazing Stars.

Lost King is a book that will take you on a ride that will definitely have some twists and turns that will have you gasping for air. Quinn and Emerson' story began a while back when he and the club saved her life from a former member of the MC, she was about to be raped when her knight came in and rescued her. They've had eyes for each other since that moment, but neither made a move..until now.
Theirs is a story of a love that was meant to be and what a story it is. She is no stranger to the MC as she has become friends with the old ladies of the club and has treated several of the "family". She has gained the club's respect and their protection because of her lifesaving skills. But it is the strikingly handsome Quinn that has her eyes and will soon have hear heart. You may wonder what is holding her back. Well it's her family; her parents that is, as they have already sketched out what her life should be like and which way her career should go, it just isn't what she wants. And Quinn; well he is just as great as he can be. It's his volunteer work with kids that pushes her closer to love with him, but it is also what almost causes him to lose his life...that and the psychopath MC president and the sicko junkie that he should have ended a couple of years ago for putting his hands on his woman.

This is an amazing story line and one that will not only have you swooning from the passion of these two, but it will also take you into the bowels of hell as Quinn is held captive and tortured by the psycho and his band of idiots. The brutality of it will definitely leave a mark on your brain and your heart.

The characters were amazingly written and very well developed. Emerson is beautiful, sassy, smart and a doctor. She is good at what she does and takes her job very seriously. Her dream is to have her own clinic, but her parents think that working her way up is the way to go. They just haven't realized that it's her life and it should be about what she wants. Quinn has great parents and he loves them dearly. They know about the club and support their son in his decision about joining the club. They understand the "family" he has with them.

This was an amazing story and you will find yourself enable to put it down once you begin reading.
I absolutely loved this book and I highly recommend it. 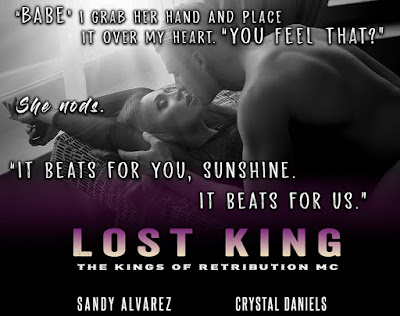 In the Series (Standalones) 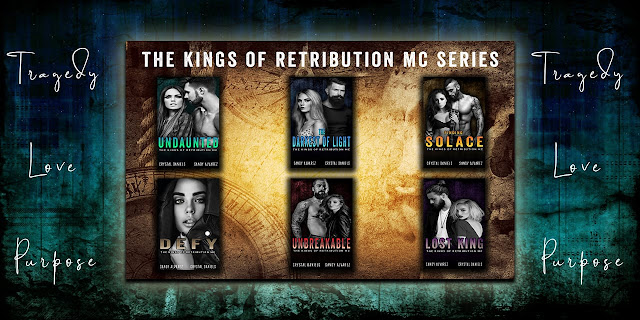 The Darkest of Light (The Kings of Retribution MC #2)

Defy (The Kings of Retribution MC #4)

Unbreakable (The Kings of Retribution #5)


We are sisters who both share a passion for books. Our obsession for bad boys, alpha males, angst, romance, hot, sexy, and happily ever after has lead us on a journey, a dream to not only read all the incredible stories we love so much, but to write one of our own. 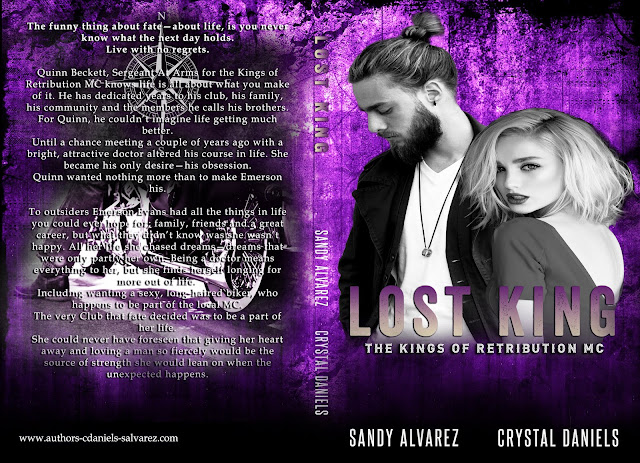