Sins of the Father, A Ravens Ruin MC Novel - Release Blitz with Reviews 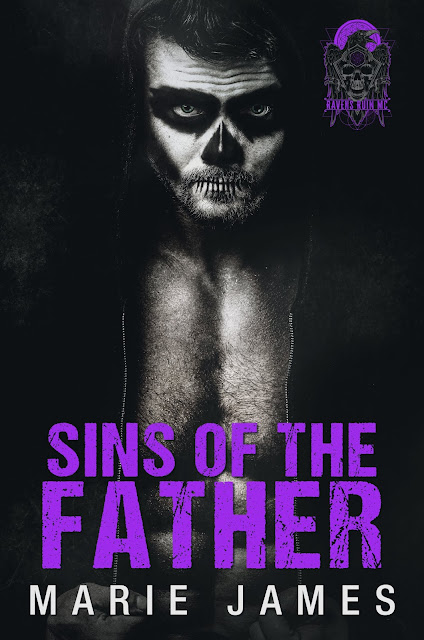 I’m not confused about my position in life.

I’m not looking for answers to explain why I am the way I am.

They can’t wrap their heads around the fact that I’m evil, that I’m darkness personified. Doing so would force them to acknowledge that the Devil has left Hell and is living among them.

Most people may think I’m Satan, but I answer to Lynch, President of the Ravens Ruin MC, and the Antichrist doesn’t have sh*t on me.

Very exciting start to an MC series. The author has given us a storyline and characters that develop right before the readers eyes. The storyline will keep you on your toes, not knowing what to expect. As the characters, well let’s just say they will get under your skin and leave you wanting to read more and more.

Lynch is the Prez for the Raven’s Ruin MC. He lives by a code like no other. A code his warped father instilled in him, a code he’s willing to go to his grave for. Thanks to his father, Lynch believes he’s a monster, the devil himself, a heartless man that must show no weakness in order to lead the Raven’s Ruin MC. But we a glimmer of light in him when his sister (Molly) and her friend Candi (Zoe) come to the clubhouse in need of refuge and their protection.

Lynch’s heart has always had a soft spot for Molly but when Lynch takes one look at Candi, something snaps in him. He wants her. His soul needs her but his father’s words ring throughout him that women can’t be trusted, they make a leader weak. Inside he knows he’s no good for her; the more he wants her the more outrageous his actions become in hopes pushing her out of his mind. As for Zoe, she is lost in a world she doesn’t understand. She is a prisoner at the MC clubhouse yet she’s drawn to their world. She doesn’t understand Lynch at all yet her heart and body crave him like no other.

When their worlds collide it’s an inferno. When their pasts catch up to them it’s tragic. This is a fantastic read and based on Sins of the Father, Book #1, the Raven’s Ruin MC is going to be an outstanding series. Kudo’s to the author for writing a phenomenal storyline. One that this reader is anxious to explore. 5 HUGE STARS for Sins of the Father, a book I Highly Recommend.

One hell of a rough ride with this book. The story line is amazingly written and captivates you from the very beginning. It is rough in that the the lead male Lynch is so totally screwed in the head because of the way he was brought up by his father who was the president of the Ravens Ruin MC. But there is a small portion of goodness inside his dark soul, as it shows with how he cares about his sister Molly. But it is Candi (Zoe) that sucker punches him. She get under his skin so fast it startles him, but it also makes him try to push her away even though he doesn't want to let her go. It's an internal battle that he may not win. But when he sees the look of resignation on her face when she walks in on him and some woman, he knows he's gone too far and that he may have just lost the only bit of light that has entered his dark heart. Zoe is there with Molly because of something that happened at their college. Zoe saves Molly from being attacked and starts a fire at the fraternity house. Escaping to the Raven's clubhouse, they are now stuck there and aren't allowed to leave. But the guys are trying to keep them safe. Lynch owes Zoe for saving his sister, but he also wants the fiery woman as his own. But he doesn't do relationships. He is the one who has first go at the new whores that come into the clubhouse. He does who he wants when he wants. He never kisses the women because it's too personal. Everything he doesn't do with them, he does with Zoe, and that speaks loud and clear to everyone within the clubhouse.

This is a fantastic read, although a bit rough, and I cannot wait to read the next book! I highly recommend this book 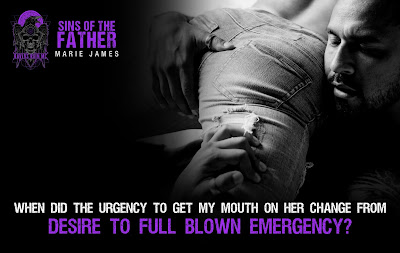