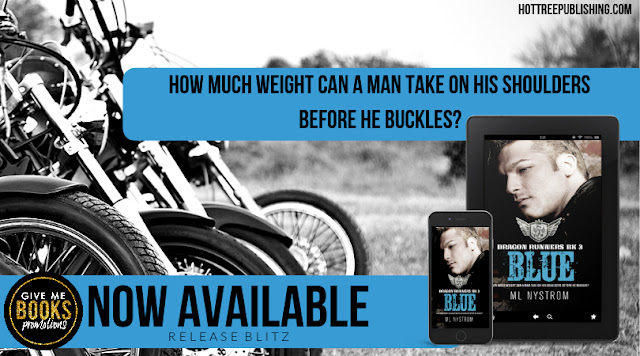 
How much weight can a man take on his shoulders before he buckles?


Blue’s life is in shambles.

He has to fight off his MC brotherhood on a drug problem threatening his town, balance his time as a father while dealing with a vicious custody battle with his ex, and somehow manage the huge load of responsibilities of his job.  All the while, he is fighting his attraction to the quiet shopkeeper who lives just across the street from him. The last thing he wants is to take her down with him.

Finally healed after the heartache of losing her husband, kind-souled Psalm throws herself into her store and rescuing dogs. Her crush on Blue can be traced back to high school so many years ago, and even after being widowed, she still carries a torch for him.  From the sidelines, she aches for Blue and his children. With hercaring nature, she reaches out to him, over and over again, even when he pushes her away. Is Psalm’s heart strong enough to take on this broken man and heal him?

Oh how I loved this book. The author has written a wonderful storyline with so many attributes that I absolutely adore. It has romance, struggles, intrigue, humor, suspense and amazing characters (both human and furry).

Blue is the son of Betsy and Brick (the Prez of the Dragon Runners MC) and the town’s Deputy Sheriff. He is well respected and liked by almost everyone. But sadly he has heavy load of problems, both personal and work related. Someone is selling laced drugs that are killing kids in the area and his ex is making his life, as well as the lives of his parents, his kids and everyone around him, a living hell. Blue is struggling to keep everything together but knows he must in order one day get custody of his kids. His one bright spot is his neighbor Psalm. But he won’t cross that line because she deserves so much better than what he can give her.

Psalm is a widow that owes her own business and has had a secret crush on her new neighbor, Blue, since high school. She spends her time making soaps and other scented items, maintaining her store and fostering dogs in need. Her life is pretty routine and keeps her grounded. But when Blue’s two small children run into her store, scared and alone her worlds becomes anything but routine. Especially when she has to deal with Blue’s fuming ex, 2 scared kids and one very very protective dog.

Will Blue ever catch a break? This is a fantastic addition the the Dragon Runners MC series. I highly recommend both the book and the series (if you haven’t started it you really should). The author has given us another heartfelt story with “Blue” and it’s one book you don’t want to miss out on. 2 Thumbs Up!!!

I adored this story. From Psalm to Blue, the kids, the MC, to the dogs! I absolutely adored this story. Although there were times of trouble, heartache, intense fear, there was always love revolving around the the lead characters (and the kids).

Trouble came in the form of Blue's ex and mother to his children. She was a bitch from hell and everyone knew it. Blue is a good man. Son to the Dragon Runners MC's President and his wife, he is also the Deputy Sheriff in their town and is known and liked by everyone, especially Psalm. She has crushed on him since they were in high school. But she married someone else, as did he. When she lost her husband, she packed up and moved back home, buying a large house and opened a shop to sell her soaps, creams, lip balms, etc., as well as some of the crafts from local artists. She also fosters dogs until they can find their forever home, and the dogs are really sweet, especially Sam, an abused fighting pit bull, who she not only helped but grew very attached to..as did Blue's kids.

The two are beginning to come together as a couple when the unexpected happens, putting not only Blue's mother and one of the other women's lives at risk, but the children as well. The situation grows tense as Blue worries about his mother who is not unconscious in the hospital and his children are missing. He has to find his children.

I will not go any further than this because you will need to read this book to see what happens next. I promise you, you will not regret it. I highly recommend this well written, entertaining and heartwarming story. Come on..kids and dogs??? Get the book! 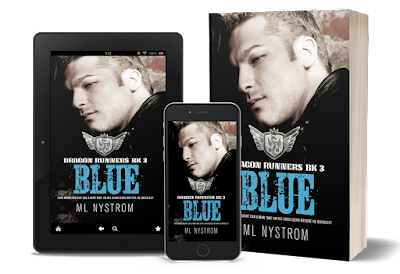 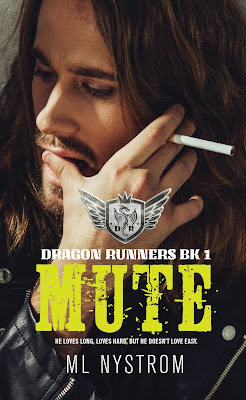 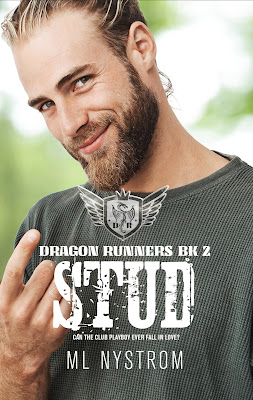 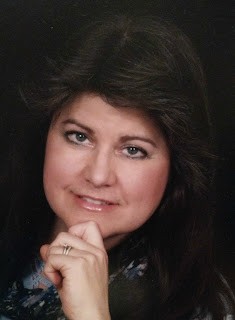 ML Nystrom had stories in her head since she was a child. All sorts of stories of fantasy, romance, mystery and anything else that captured her interest.  A voracious reader, she’s spent many hours devouring books; therefore, she found it only fitting she should write a few herself!

ML has spent most of my life as a performing musician and band instrument repair technician, but that doesn’t mean she’s pigeon-holed into one mold.  She’s been a university professor, belly dancer, craftsperson, soap maker, singer, rock band artist, jewelry maker, lifeguard, swim coach, and whatever else she felt like exploring.  As one of her students said to her once, "Life’s too short to ignore the opportunities."  She has no intention of ever stopping... so welcome to her story world. She hopes you enjoy it!