Because of Liam - Blog Tour with Review 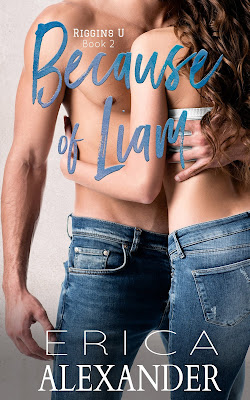 River Devereaux has always faced the world without fear.
She’s sarcastic, confident and doesn’t hold back.
After a single night changes everything, River retreats into herself and is
constantly watching over her shoulder.
Even then no one ever dares stand in her way.
Until him.
That irritating man knows how to get under her skin.
Too bad she’s sworn off men, even if he’s sexy as sin.

Liam Cole used to be carefree until life stepped in the way and forced
him to shun everyone he knows.
After five years in the Marines, he’s having a hard time adjusting to
civilian life.
All he wants to do is to forget the past and be left alone.
Until her.
That hellion of a woman challenges him every step of the way.
Too bad she hates him, even if she’s the best part of his days.

In a battle of wills, each tries to top the other, but when they are forced
to face their own fears, the resulting consequence is something neither could have ever imagined. 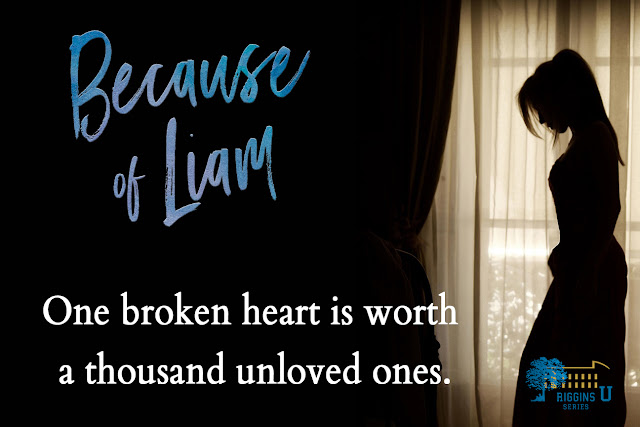 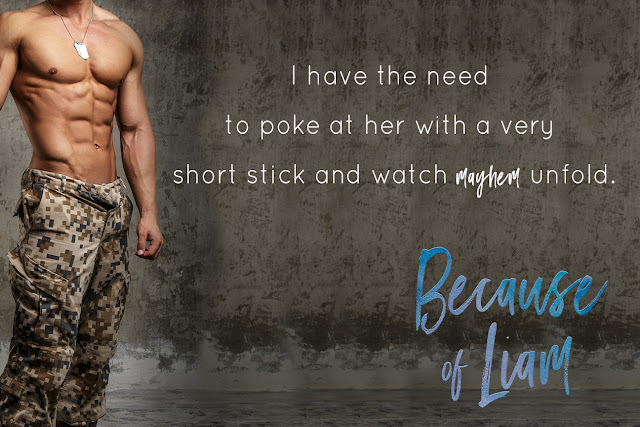 
Fantastic book 2 in the series. I knew after reading Because of Logan, Book 1 of the series, that River’s story was going to be special. May I say the author did not disappoint me. Ms. Alexander did an amazing job of writing about two issues that are very relative in our world today, while wrapping them up in a wonderfully romantic, funny storyline. The characters were so believable in what they went through that I felt like I was right there with them, watching and feeling their emotions.

The best way I can describe both River and Liam are complicated messes. On the outside they are one way, on the inside quite another. No one knew their inner struggles with personal issues in their lives and only those closest to them could even sense something was off. Plus, River and Liam are what I would call friend-amies. They pushed all the wrong buttons with each other from the day they met and try as they might things continued to worsen. But since their respective sister and brother were a couple, they did their best to be civil to one another, at least when people were around.

When devastating truths come to light they have the power to destroy. When the world around them learns the truth, will River and Liam crumble under the weight of their own inner struggles? This is a heartwarming powerful story yet full of Funny, Sassy and Zanny moments. The banter between Liam and River is beyond funny and when you throw in River’s Hippie Parents it literally things literally become Laugh Out Loud moments. I offer Kudos to the author for an amazing read and to my fellow readers I say hop on this series, Because of Logan then Because of Liam. Trust me when I say, you won’t regret it. 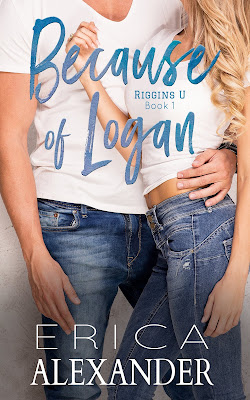 Because of Logan, Book#1

Erica Alexander has been a storyteller her entire life. If she’s not writing stories, she’s daydreaming them. Which has gotten her in trouble once or twice. She has an inclination to use sarcasm and she can make anything that comes out of her mouth, sound dirty. It’s a gift.

When Erica is not writing, reading or daydreaming new stories, she enjoys baking, looking up pictures of hot guys on Pinterest (for research of course) and commiserating with friends over their mutual hatred of laundry.
Erica’s life goals are: to make sure her family is happy and healthy, bring to life all the stories in her head, visit Australia and jump off a plane. Preferably with a parachute.

Erica has degrees in Communications and Computer Science and she loves history, all things Native American, and anything that’s off the beaten path and weird. 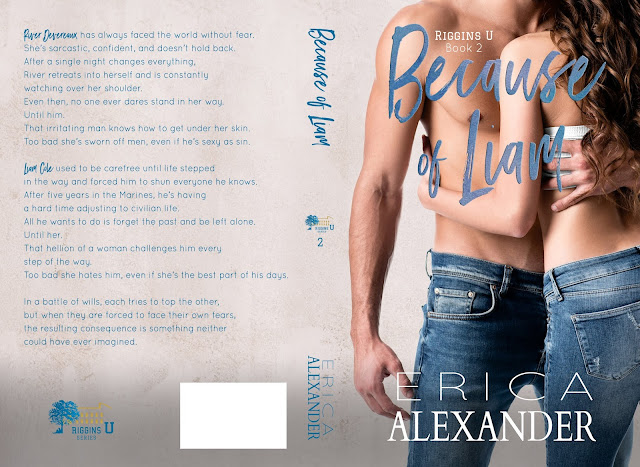