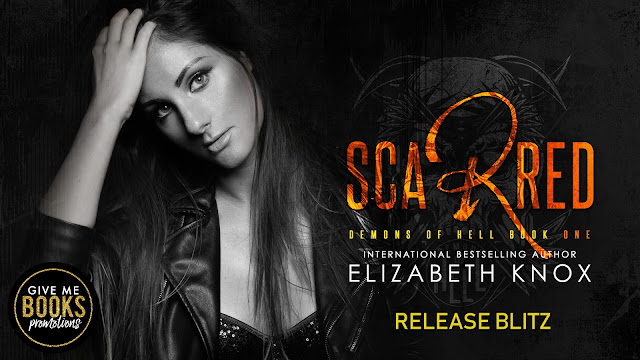 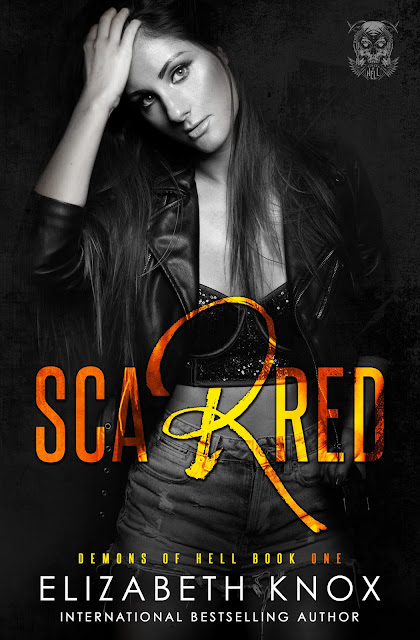 
I had it all, or at least I did according to everyone else.
I had the club, I had the most powerful husband, the Prez of the Demons of Hell MC.
I had a family.
He’d told me time and time again the club was my “family”.
My “family” let a lot of things happen to me that shouldn’t of.
My “family” did a great job of turning a blind eye.
My “family” was great at letting me be the punching bag for their mistakes. For all of his pent up anger and frustrations.
My “family” was the reason I almost died.
When Rage came into my life I saw nothing else.
His name was a warning and I didn’t listen. 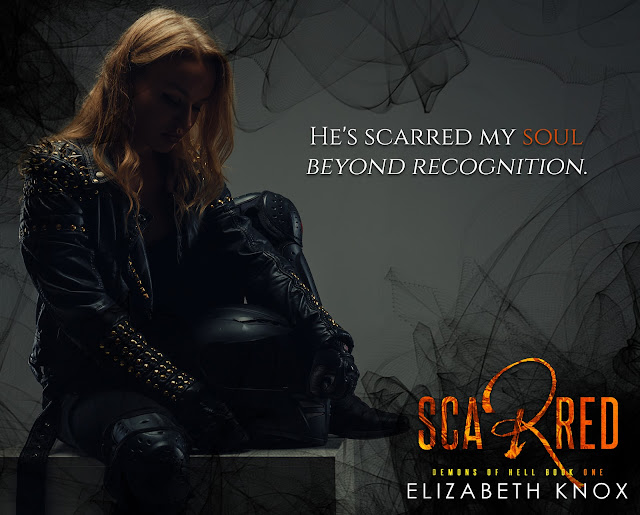 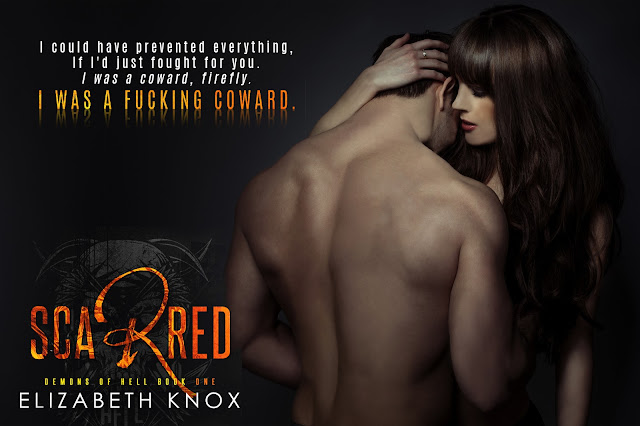 
What an intense and overall great MC Book, just WOW. I want to start by saying this book could cause triggers for some so please know that going in. This is not an MC Romance for the faint of heart. Don’t get me wrong, the author has written a wonderful storyline that will grab you from the very start and take your emotions in a wild ride. You’ll meet characters you can’t help but hate and others you’ll root and cheer for (even when they do some shocking things).

Rage is the Prez of the Demons of Hell MC, but trust me when I say it’s more like he is the Devil himself. He has absolutely no respect for anyone and his ruthlessness and abuse knows no bounds.No one knows this better than Roxy, his wife. Sadly she take the brunt of his anger and his for years. Her reasons for staying arenher own but her strength to endure are beyond amazing. The only bright spot in her life is Tex, Rage’s VP and best friend, he is also the man Roxy should of chosen years ago.

When Roxy takes her latest beating and ends up in the hospital, at death’s door, Tex has seen enough and vows to protect her. But can he? Rage has eyes and ears across the country, is there any place Tex and Roxy could truly hide that Rage can’t get to them? For that matter can Tex convince Roxy to finally break away and go?

The storyline will take you on one wild ride with moments of happiness, sadness, smiles and tears. It’s well written with crazy twists and lots of MC action. All in all a very enjoyable read that I recommend reading (again just be forewarned of possible triggers). And may I add that this reader is looking forward to book 2 of the series. 2 Thumbs Up!


Can I say right off the bat that this was one really rough ride! I mean, holy cow! The story line is intense, really intense with a brutality that will make you shiver and enrage you all at the same time. There is no joy in the beginning of this story, unless you get some in the memories of Roxy or Tex. When I say it is a rough ride, the ride is Roxy's as she is "married" to Rage, president of the Demons of Hell MC, and his name fits him to a T, although I would have called him Psycho Rage, because the things that he does to the woman he is married to is downright sickening. To say that I hate this man is an understatement. I mean he has no redeeming qualities what so ever. He is vile! OK...now to the rest of this book. Tex and Roxy met in high school and dated a few times, but when Rage set eyes on her he made it his business to steal her away from Tex, making her his, the began to abuse her. Tex saw what was happening but felt that he couldn't do anything about it until the one night that he returned to the clubhouse and found her unconscious and bleeding. It was then that he decided that enough was enough and when she was released from the hospital, he took off with her hoping to keep her safe. But that only lasted for so long before Rage found them and had them on the run again, but this time she ran to her brothers and their MC, who takes them in and gives them protection. But is anyone really protected when there is a lunatic out there. Things get really bad when Rage finds Roxy once again, this time she isn't alone and he makes both women suffer.
Where this story takes a strange turn for me is the introduction of Aimee, Bolt and Dracus and the relationship between Tex and Roxy. At first I thought...ok...kinky sex things going on here, no problem (well except with the "daddy" calling thing..but that's just me...not my cup of tea at all.) But then it changed when feelings became involved. I'm not sure what this is in the scheme of things, I mean I don't see it, but I'm sure that there is some unseen reason that will come to light in the next book, maybe. I'm just not sure. Not that it was bad, it was just a little confusing for there to be a relationship between the 5 of them. Anyway, the characters were well written and extremely complex. There is a great strength within Roxy as she endures abuse for years at the hands of her "husband" as well as whoever he allows to have their way with her. What hasn't killed her has made her stronger...still scared, but strong. Tex is a wonderful man for her. He is strong, sexy and has always loved her. He has guilt for not getting her away from Rage sooner. Rage..well I've already voiced my opinion of that dog. This is a really good book but beware, there are triggers within these pages and some scenes are extremely hard to read and may be much harder for some. I do recommend this book to those who have no aversion to reading about severe physical abuse, rape, or gang rape. The story line is intriguing, although rough. I did enjoy this book 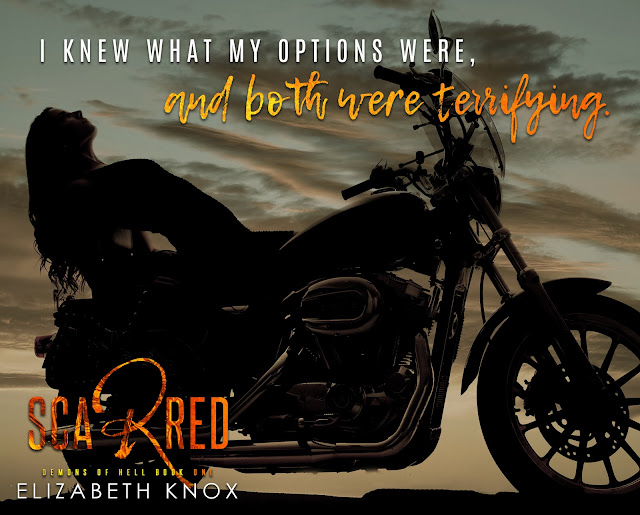 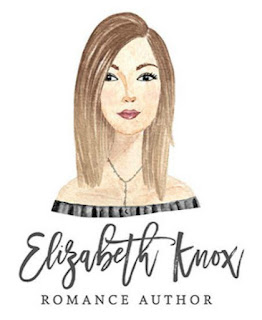 Elizabeth is a romantic suspense author most popular for her Mob and MC books, the international bestselling author of Reign, Redemption, Revenge, Relentless, Promised, Tough as Steele, Stripping a Steele & Blackjack. 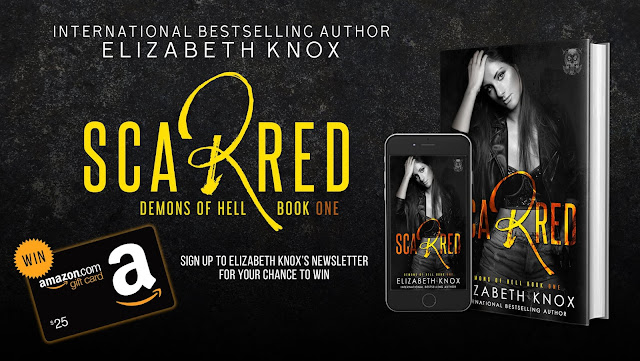 Join Elizabeth's newsletter to be in with a chance to win a $25 Amazon gift card
http://eepurl.com/dw4CK5