Release Blitz, Dare Me Once by Author Shelly Alexander 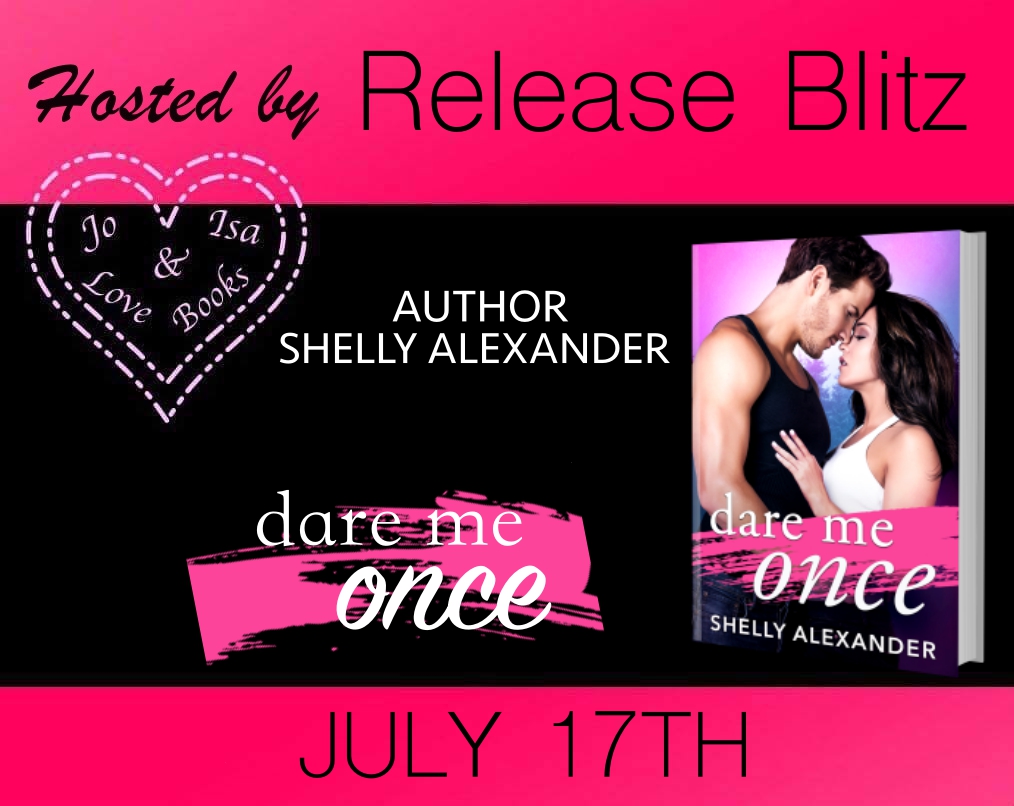 Who thought one harmless, little dare could cause so much trouble?


Dare Me Once is NOW LIVE!
FREE with KindleUnlimited 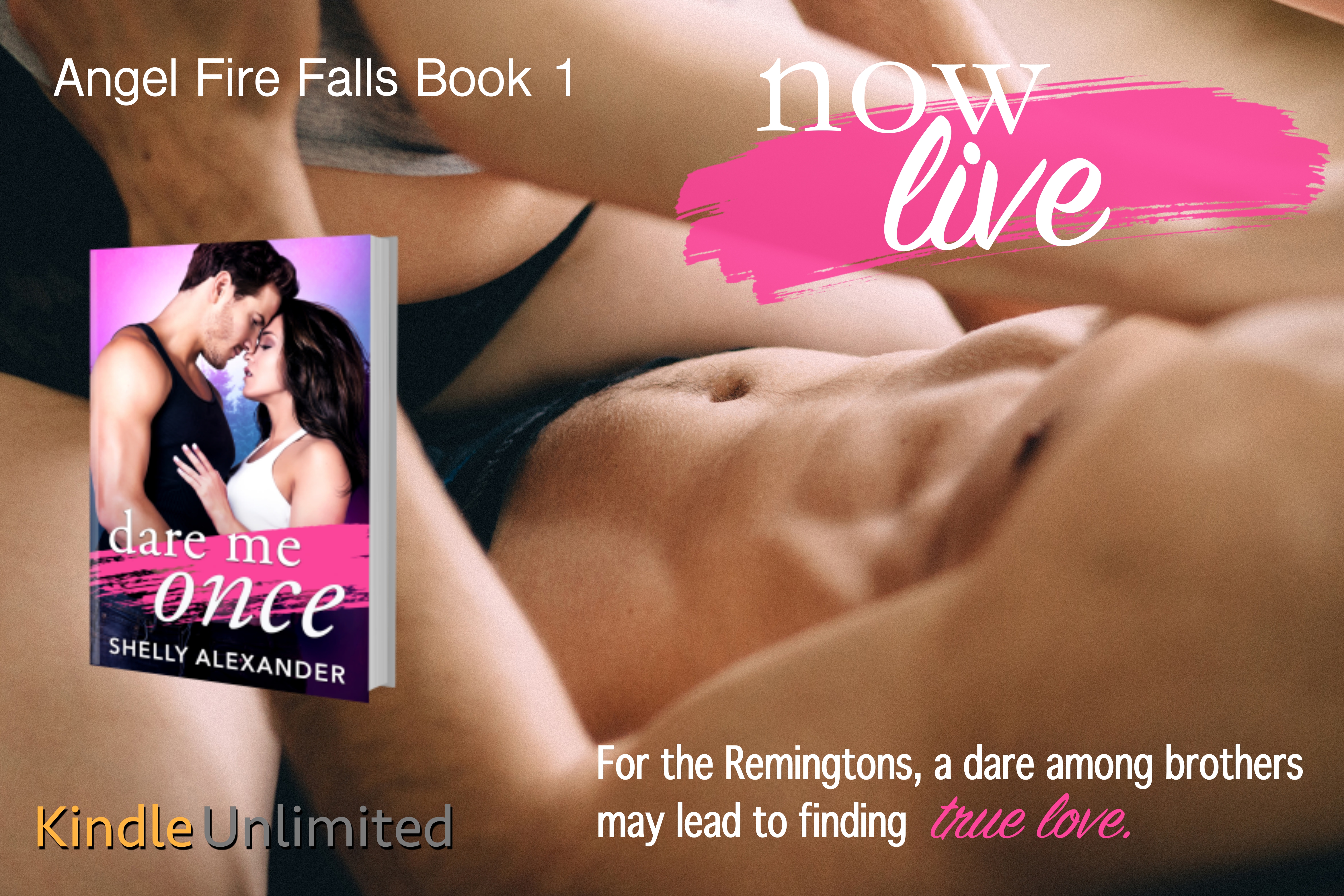 Scarlett Devereaux’s life on the Gulf Coast went from riches to rags so scandalously fast that she barely had time to kiss her Jimmy Choos goodbye. Now, with a new alias (Lily Barns), a new budget (tighter than a pair of Spanx), and a new job on the vacation island of Angel Fire Falls, she’s daring to reinvent herself.

Single dad Trace Remington is devoted first and foremost to raising his young son, who has Asperger’s. With flying his floatplane and salvaging his family’s island resort too, he has time for little else. His brothers think he needs a break from his all-work-no-play lifestyle, so they goad him into action. In response to their dare, Trace asks a sexy tourist for her number, only to discover afterward that she’s the resort’s brilliant new hospitality manager.

The sparks of flirtation soon ignite into a flame too hot to ignore. But Lily and Trace both have pasts that threaten to tear them apart. Now, they’ll need to admit their secrets to each other…or risk ending their relationship before it really begins.


I just adored this book. The storyline was funny, refreshing and exciting. The author took an everyday human issue (life with a special needs child) and put it with a romantic yet humorous storyline that will literally just melt your heart. I’d also like to say Kudos to the author for her portrayal of Ben. He is one fantastic kid that sees the world clearer that most adults I know.

Life is not easy, especially when you carry the load for your family, internal secrets or when your heart is torn between what you want to do and what you have to do for those you love. But those issues are just the case for Trace and Scarlett, the main two characters in Dare Me Once.

Scarlett has come to the resort island in an attempt to start over and hide from the scandal of her past. All she wants is to start her new job and do it so well that her “little white lies” won’t matter. However, she doesn’t count on 10 baby Ducks or an adorable young boy and his father messing with her plan. As for Trace, all he wants is to take care of his son Ben. Ben is autistic and the most important thing in his life no matter how lonely he is on the inside.

I can’t recommend this book enough. I laughed, smiled, worried and cheered throughout the book and I just know everyone who reads it will do the same. 2 Thumbs Up and 5 stars for a Must Read, Feel Good, RomCom that once you start it, you won’t be able to set it down.


Her life fell apart quickly and in a harsh way leaving her no choice but to take her profession, change her name and leave her home for a small island resort in the hopes of rebuilding her life, at least until the sins of her father would die down and not effect her anymore. With that, Lily Barnes was born and Scarlett Devereaux was placed in a box and pushed to the back of her mind. The place was remote and with any luck, her past would not find her at Angel Fire Falls.

This is a wonderfully written book with a storyline that will not only grab you and bring you through her journey, but it will also entertain you, make you smile, sigh, and hope with all you have that Trace and Lily will be able to make things work between the two of them. Oh, there are a few bumps in the road for them, but when the secret comes out, will love be enough to hold their love for each other together or will a past that was not her making ruin her life for good?

The characters are well written and so very likeable that you wish you were a part of their lives. The entire family are wonderful and people that you would love to know. Trace is a single father with a little boy who is Autistic, on the higher side of the spectrum, and is just a delightful little boy. Trace is handsome, built and has a wonderful heart. But his heart belongs to his son until he gets to know the enchanting Lily, who has come to work for the resort to help get it back to the way it was years before, to bring the vacationers back. She's smart, inventive and has a way of getting people to do what she needs them to do for her ideas to work. And she manages to get Trace's attention, not only by her looks, but also by the way she deals with his little boy. He has never had someone to treat his son the way she does for being someone that isn't family. Their relationship builds even though they decide not to pursue it because she is his employee and she's been there and done that..it didn't end well. Their rule soon crumbles to the ground as their feelings get the best of them. But you know, things don't always run smoothly in these things and Trace has to deal with his ex-wife who is now wanting to take Ben (his son) from him.

Shelly Alexander’s first published novel was a 2014 Golden Heart® finalist. She is an Amazon #1 bestselling author in numerous categories, including contemporary romance, contemporary women’s fiction, and romantic comedy. Shelly grew up traveling the world, earned a bachelor’s degree in marketing, and worked in business for twenty-five years. With four older brothers and three sons of her own, she decided to escape her male-dominated world by reading romance novels…and has been hooked ever since. Now, Shelly spends her days writing novels that are sometimes sweet, sometimes sizzling, and always sassy. She lives in the beautiful Southwest with her husband and toy poodle named Mozart.