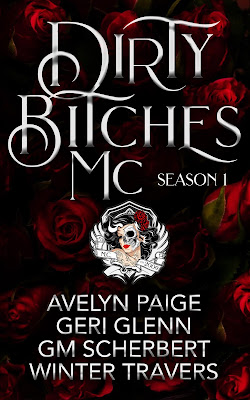 Fun, chaos, sexy times, and sisterhood. All these things occur, when four best-selling MC authors write themselves and their readers into a fictional world full of motorcycles, open roads, and bad boys.

Livin’ On a Prayer – Avelyn Paige
Dixie Ryder just can’t catch a break. After leaving the safety of her uncle’s motorcycle club, for a marriage that ended in disaster, she leaves town and starts an all-female club of her own. Just when life is finally going her way, Dixie’s ex-husband breezes into town, fresh from the military, and hell-bent on fixing their broken relationship. Old wounds are re-opened, loyalties are tested, and Dixie’s world is turned upside down once again.

You Give Love a Bad Name – Winter Travers
River Bane is in full control of her destiny. She grew up with nothing, and she vowed never to live that way again. Her tough as nails attitude and fierce loyalty to her club keeps people at bay, and that’s just the way she likes it. Until the local sheriff, gets it in his head that she’s the one for him. He won’t rest, until the woman behind the sky-high heels and sexy scowl, is in his bed, in his life, and in his future.

Unbreakable – Geri Glenn
Bernadette Simms has a past that most women would have never survived, but she did. Never again will she give any man the power to rock her entire world. And then one fateful day, she meets Roman Williams. He’s a genius with a six-pack and eyes she swears can see into her very soul. Roman doesn’t belong in her world, but he’s not going away without a fight.

Born to Be My Baby – GM Scherbert
Katarina Orlovis is a hard ass. Armed with a tattoo gun and a dark past, she holds most people at arm’s-length. As a single mother and a business owner, she doesn’t have time for relationships or men, but when a dark and dominant stranger walks into her shop, Katarina is intrigued. He tempts her in a way that has her questioning everything, but can she really go to her knees for him? She isn’t sure that she can ever give that much of herself to anyone again. Too bad he isn’t taking no for an answer. 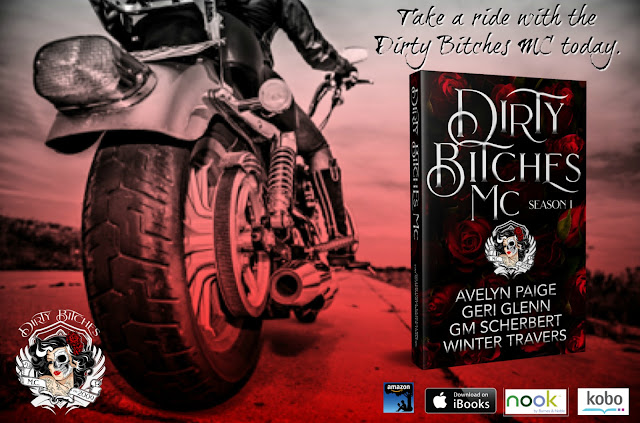 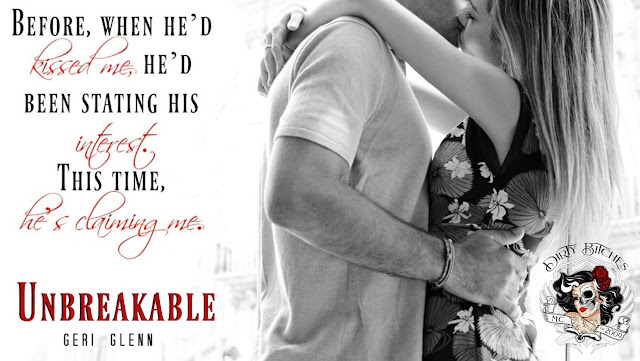 What an amazing anthology. It brings together 4 great MC authors, each with a story about one of the 4 woman that make up the Dirty Bitches MC. The authors have done an outstanding job of not only writing their own unique stories but having the storylines overlap each other as well.

The 4 storylines are about Rouge, Stiletto, Links and Titz; 4 Independent, sassy women who have all been dealt a bad hand by men in their past and have risen above it and take no crap off anyone. The stories are fun, flirty and sexy. I found myself grinning and laughing out loud as these tough biker gals stand tall even as they fall head over heels for their ol’ men who take charge and round out these ladies rough edges. 2 Thumbs Up for a great idea for an anthology and 5 stars for an awesome twist to an MC read that this reader highly recommends.

A female MC??? Well, for one who loves reading about the hot MC men and what their clubs do, how the men act, I wasn't really sure how a female MC would work, what would it be like, what would they be like. I must say, they are similar in some ways and very different in many other ways. These stories however, they were quite entertaining to read. The ladies, each with their own stories, each with their own pasts, each with their own personality that will attack you head on was enjoyable to read, to say the least. I thoroughly enjoyed each and ever story, each and everyone of the "sisters", and each and every one of the men that came into their lives. The girls are Sisters! They are each other's ride or die, the only people they can count on and have each other's backs no matter what. Each of their stories will show not only the men who come into their lives, but how strong the connections are between these ladies. They are strong, independent, confident and are not to be messed with. Their only weakness? Each other and the men that they love. They are family, and there is none stronger than theirs. The characters are very well written, well defined, and complex in their own way. They bring different personalities to the MC and to the stories. They are beautiful, strong, supportive, quick witted and extremely loyal to each other. Livin' On A Prayer (Rogue's story)Rogue (Dixie), is a strong, yet simple young woman when she marries the handsome and wealthy Lachlan. His family is against their marriage because of Dixie's family and her connection to the MC her uncle is the President of. To them, she is trash and is beneath them. What happens with these two, with her uncle, all make Dixie into the woman she becomes, to the MC President she becomes, into Rogue. You Give Love A Bad Name (Stiletto's Story)Yes..you know the song, that is the title. But it appears that it is also the perfect description of Stiletto (River). Now Stiletto is not alone in her story. She has taken on the responsibility of taking care of her younger sister and has done the best she could to make sure that her sister had a roof over her head, food on the table and went to school, all while working and going to school herself. Their life was a hard one, but they are close and would do anything for each other, as would the DB's (Dirty Bitches). Pryor, the Sheriff, has had eyes for Stiletto for quite some time, and now his patience is coming to an end. He will make his move and make her his. The chemistry with these two is off the charts. She has wanted to jump him for a while now, but breaking down that brick wall that she has built around her heart was going to take some doing. Until the good Sheriff does just that. Unbreakable (Links)Links story is a hard one in the beginning. She has been broken in the worst ways but her ex. Abused to the point of losing her baby, she flees Canada to start a new life and finds herself with the DB's. They are her family now and they know her story. She has changed, she is stronger, badder and is the club's Enforcer. She can handle herself, but can she handle the English Professor who has stirred feelings inside of her that she swore she would never allow to happen again. Can Roman fix what her ex broke? Finally,Born To Be My Baby (Titz)Now, this is one woman with issues..LOL. Titz is the perv of the group. She is a sassy, smart-mouthed, tell you like it is, pervert who love watching people have sex. Yea..she's a total mess! BUT...she is also a strong woman, talented tattoo artist and devoted mother to her four daughters. LOL but Titz also has a bit of trouble with the law and finds herself having to call her sisters to bail her out of jail quite a few times. Now, she has to go to court for the charges pressed on her by Pryor because she broke into Stiletto's shop and watched her and the Sheriff having sex! Yea...she is one crazy woman! Oh, but it looks like Titz has finally met the only man who can shut her up, can make her kneel before him, can make her submit to him, to steal her heart right out of her chest! Adrik, is a big man. Handsome, broad and domineering. His voice alone makes her weak in the knees. When she begins his tattoo, a slight touch zaps an connection between them and all bets are off. Regardless of how much she wants him, she runs. He sees it and wonders what makes her run. Until the day he walks in on that reason. She begins to see him in a different light. But not like she does after her court hearing. Ohhhh, the sisters will enjoy this one!This book, these stories were all incredibly entertaining, laugh out loud funny, heartbreaking, and empowering. Women who have taken a beating and have come back stronger, better, more confident and united. Women who live by the words "us girls gotta stick together". They are the type of women we would love to know, and hope our daughters grow to be as strong as. I HIGHLY RECOMMEND THIS BOOK!!! TWENTY STARS (5 STARS EACH) IF I COULD!! 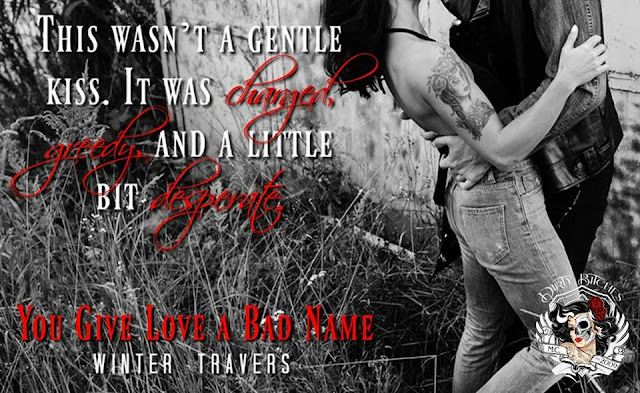 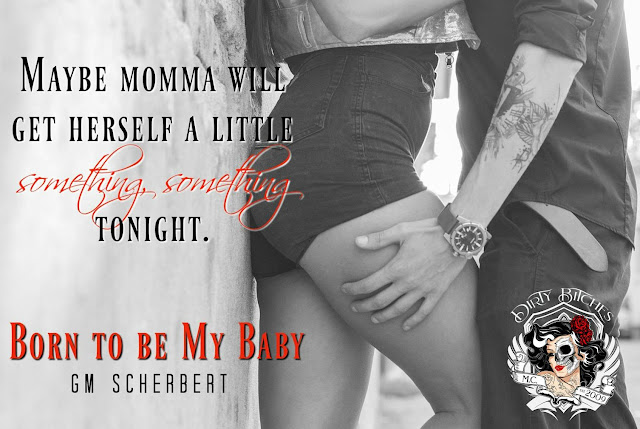 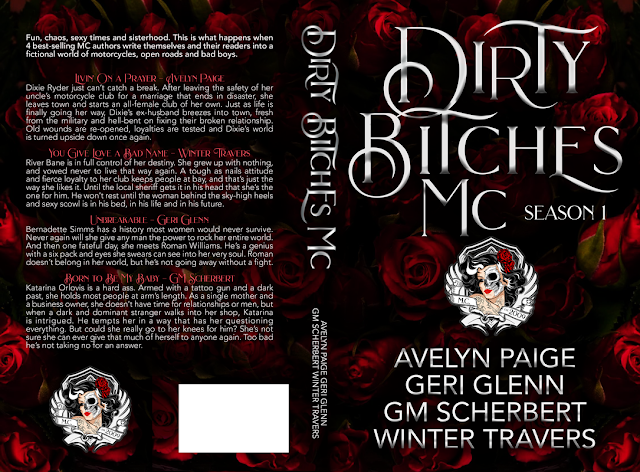