Tobias Creed likes things done his way, and he likes his women ready to submit. No strings attached. Until the night he meets the one woman who challenges him, practically begging to be taken over his knee.

As a single mom to a child with special needs, Diana McAdams does things her way. She’s in control and doesn't have time for love. Happily-ever-afters aren’t for her.

Then she meets the man who demands her submission...

You son of a bitch,” I hiss, intentionally keeping my voice low. Crazy, half-cocked, vindictive ex-lover isn’t normally my thing.
Hell, there’s a first for everything, though.

“Diana! Stop. This is stupid, and girl, you know I know stupid when I see it because I’ve done all the stupid in my life.” Beatrice pleads with me to think twice as she shuffles toward me, trying to place her small frame between me and the car I’m about to destroy.
“Stop the lecture.” My hands tremble as I hold the keys, glaring past my blonde-haired, blue-eyed bestie, and focusing my hatred on the silver Maserati. I march past Beatrice, and before I can change my mind, dig the tip of my key into the gleaming exterior with maniacal glee. Crouching down, I take grim pleasure in destroying the most beautiful car I’ve ever looked at. Sat in. Been fucked in.
“Did you tell Little Miss High and Tight your sob story?” I cackle to the car as if it’s my ex-boyfriend embodied. I’d only just met the guy a few weeks ago, my first real boyfriend since my ex-husband took off, but I’d managed to convince myself he was the one. My savior. My hero. With a particularly vicious swipe, I lose my footing and nearly sprawl onto the snowy sidewalk, but I catch myself on the bumper. Wind whips at my hair, icy snow lashing my bare skin, but I hardly feel it.

Tequila for the win.

“Diana,” Beatrice cajoles. “You’ve had too much to drink. God, woman! Get ahold of yourself! You’ve done it, okay? You’ve done enough. I shouldn’t have let you out of the car. This isn’t you. You’re too smart to pull this teenaged shit. Just get in the car and I’ll—”

“Leave me alone.” I love this girl to death, but I don’t trust myself not to shove her out of my way if she tries to stop me. I scrape the key once more, so deep it feels like fucking nails on a chalkboard, but I like knowing the damage will be severe. “You don’t know what it’s like to walk into your bedroom and see some bitch with her lips wrapped around your boyfriend’s cock.”

“You don’t know what it’s like to see betrayal in the eyes of the man who said he loved you.”

“You don’t know what it’s like,” my voice catches on a dry sob, so I underscore my angst with another cut of the key, “to have to explain to your son that the bastard who promised to take him to the drive-in movie theater was a lying piece of shit who’ll never come back.”

Sitting back on my heels, I eye the destruction with triumph.
Beatrice talks to me like one might speak to a rabid animal, her hands outstretched in a gesture meant to calm. “I may not know those things, but I do know that—” She freezes, her voice now panicked. “Oh. Oh, shit. Diana, stop. Oh my God. We have to go.”
But before I can respond, the deep growl of a man’s voice right behind me—a voice I do not know—makes me nearly stumble.

“What the fuck are you doing to my car?”

I turn, my cheeks hot despite the freezing cold, to stare into the terrifyingly furious face of the biggest man I’ve ever seen. He towers over me, even wearing my tallest spiky heels, and the involuntary step I take back helps me see him better. Everything about him is dark, with his swarthy skin and nearly-black hair, but it’s his eyes—black as coal beneath thick, heavy brows, that pin me in place. I can’t move. I can’t speak. I can barely think.
His jaw, covered in thick, dark stubble, tightens when his huge, muscled arms cross his expansive chest.

In any other time or place, I’d find the man sexy as fuck. But now?

I blow out a breath and close my eyes. 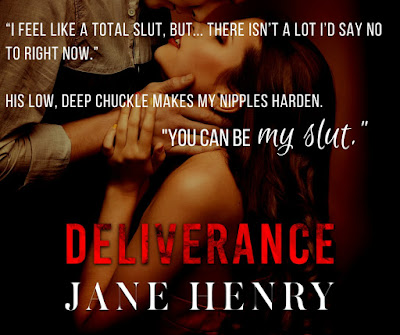