Release Blitz - Break Down with Review

He knows his place on the pitch, but life is a whole other game.

All his life, Liam Donnelly looked and wondered. Could he? Would he? And then, finally, he did. But when he sampled a taste of that forbidden fruit, his whole world came crashing down, his position with Dublin Rugby right along with it. When the chance to ply his trade in Edinburgh comes along, Liam jumps at the offer, knowing it could be his best opportunity to start fresh and get back to the man he once was. But one look at Chef Lachlan MacLeod-his knowing, whisky-colored eyes, the abrasive scruff dotting his jaw, and the colorful ink lining his forearms-and Liam's wondering all over again. Can he? Will he? His heart says no, but his body says yes.

He's conquered his own demons; can he help another man do the same?

Out and proud Chef Lachlan MacLeod has no problem with who he is, except he has a history of hooking up with bi-curious straight men. He's vowed never to go down that path again, but when Liam Donnelly shows up in his restaurant, his eyes filled with heat and secret longing, Lachlan can't help himself. He knows the closeted rugby player is a terrible idea, but the man calls to him in a way no one ever has before. What started as a safe way for Liam to explore his sexuality quickly morphs into something much deeper, and now Lachlan wants more. But can his heart reconcile what his head already knows-that loving the gorgeous, broken athlete might actually mean letting him go? 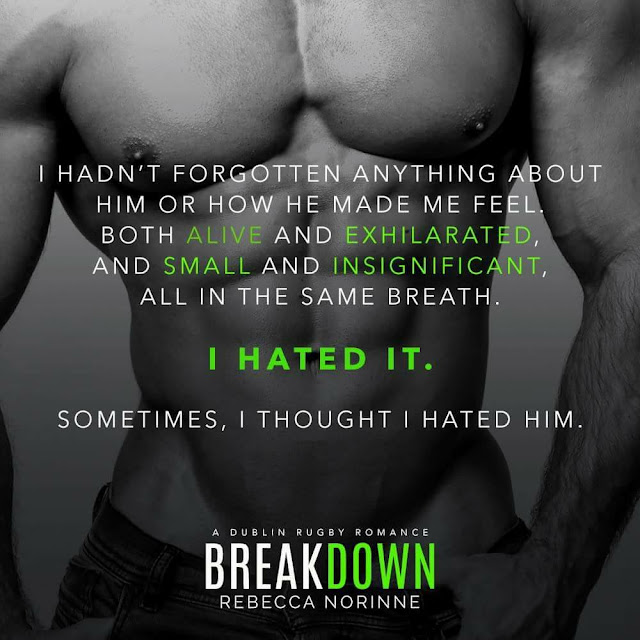 
A very heartfelt touching storyline with a splash of humor and of course romance. The author has written a wonderful book with character that will charm the pants off anyone (especially each other).

Liam is a Dublin Rugby player that is getting older and coming off an injury season and his contract is due. His agent gets him a better deal with the Edinburgh team in Scotland. Liam is torn, he really doesn’t want to leave his home and his buddies he’s played with for year but….

You see, while Liam loves women, he has struggled for years with his hidden attraction to men. He’s always suppressed those feelings until one drunken night. A night that was wonderful but turned into a nightmare for Liam the next day. So Liam grabs the chance to leave town, play rugby for Edinburgh and put that night behind him. One in Edinburgh, Liam is convinced that night was a one time weakness, that is until he meets Lachlan, the very successful, sexy, openly gay chef at CAMP Restaurant. Lachlan is instantly attracted to Liam and the two hit it off, becoming friends. The story takes off from here. Liam struggles with his attraction to Lachlan and he tries to fight it for fear of what his rugby teammates would say. As for Lachlan he has made a promise to himself to not be in a closeted gay relationship again for anyone. He has lived that life and it’s not for him. Lachlan is looking for an open honest relationship, something Liam can’t give him.

This is an amazing story of a man coming to grips with himself as well as those around him. Learning to trust, to accept and live his own life as he sees fit. The trouble is, as Lachlan knows first hand, to accept oneself and to become accepted as an open gay man, takes time. Often years. If Liam decides to take that leap, can Lachlan live in a closeted relationship, which is all Liam can give him?

2 Thumbs up for a wonderful book that I highly recommend. It’s a great addition to the series as well as a phenomenal story about learning to love, accept oneself and trust those closest to you. Kudos to Ms. Norinne  for a job very well done. I can happily give Break Down a Very Hearty 5 Stars!

When not writing, Rebecca is watching rugby, drinking craft beer, and traveling the globe in search of inspiration for her next story. She lives in Dublin, Ireland, with her husband, but is originally from California.

You can reach Rebecca at email@rebeccanorinne.com or at any of the social media sites listed below. You can also subscribe to her newsletter by clicking here.