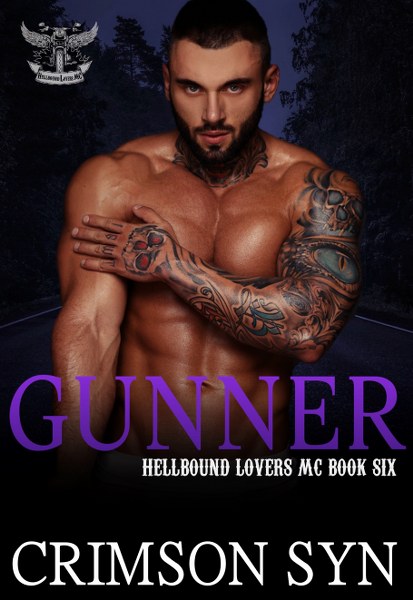 Chastity Burke is the most beautiful thing I’ve ever seen,
And in my fucked up existence that’s something I don’t come across often.
I want her bent over my bike, hearing her sweet moans as I give her all the pleasure she can take.
But she belongs to another, or at least that’s what she wants everyone to believe.
He’s a vile piece of crap that’s out to harm the Hell’s Lovers.
Destroying him will be my pleasure,
as long as I get to keep what’s mine at the end.

Jason Gunner is a ghost, a shadow.
He’s the type of man who can hide in plain sight, blending into the background.
Except now I’ve taken notice, and I can’t keep my eyes off him.
His rough exterior and dark features only make me want him more.
He’s exactly what I need to help me forget the last year of my life.
But before I can be his, there’s something I need to do first.
Something that will save both our lives.
I just need to keep my focus on work,
And not on those lust filled kisses and sinful touches he’s got me yearning for.


The Sexy as heck Hellbound Lovers are back and at it again. They are out to clean up the neighborhood and protect what is theirs. With the Los Perdidos gone, the club now has to deal with The Gremlins and The Porcupine who have taken over the Perdidos Territory. And of course La Cruz is still out there somewhere - is he behind The Gremlins take over and the new threats to the Hellhounds?

Jason Gunner, is what many call a ghost. He seems to appear and disappear with no one noticing. He’s also a nomad / loner. Suffering from PTDS from three Tours in Afghanistan, he can’t stay out too long in one place before the nightmares come. But he is one man Wolf knows he needs to help with their current situation. But once he sees Chastity, can he keep his head in the game?

Chastity Burke is one tough lady. She Has infiltrated the Gremlins and attached herself to The Porcupine to exact her personal revenge and to take him down. But when she determines she is in need of backup she seeks out the Hellhounds. What she doesn’t plan for is the attraction and sexual pull she feels for Guns.
This is a very well written exciting MC story that will keep your toes curling and your heart racing. I love how the storyline continues from book to book as the Hellhounds fight the good fight and each member seems to fight for what they are missing in life. As for Gunner, has he finally found his calming peace? How about Chastity, does she get her revenge? And what about La Cruz - does he show his head or is he still out there waiting to exact his raft on Wolf and the Hellhounds?


2 Thumbs Up for an awesome series and Gunner is an amazing addition. This is a definite must read book/series. I highly recommend one-clicking ASAP; if you’re an MC Romance book lover trust me you won’t regret it!

Hot read!! There's plenty of action in this installment of the Hellbound Lovers MC with Gunner's story and it's mostly in the bedroom (or on the roof :) ). But the main story line remains the same, with the MC getting a little closer to the mafia main man in hiding, La Cruz. Oh he's out there and the MC is still trying to bring him down while keeping their family safe.

The characters are well developed and Gunner is quite complex as he also suffers from PTSD that at certain times intensifies, then he's off again. He's a nomad, loyal to the MC that he calls his brothers, Gunner takes on jobs that take him away from the men he calls brothers, but when they need him most, he is right by their side. And he is by their side now, with Diesel, the one he calls his true brother. They have been through more than just what being in the MC has put them through. They were in the service together, which makes them the perfect team. Gunner's PTSD has made him stay away from any type of relationship due to his nightmares that put any woman in his bed, in danger. Until he see's HER.

Chastity, smart, sexy, a body built just for him, he's taken by her at first glance. Problem one, she's with the Gremlins and has her legs wrapped around Rafael "The Porcupine" Espino, who they know is working with or for La Cruz. Problem two, he wants her for himself and he doesn't care how he goes about getting her. Problem three? Well you will just have to read this one for yourself.


Great fast paced read with plenty of action, both in and out of the bedroom, to have you turning pages just a fast to see what happens. I recommend this book, this series, to anyone who loves their biker reads hot, exciting and fast. Plenty of hotness all the way around in this book and in this MC.

Books in the Series 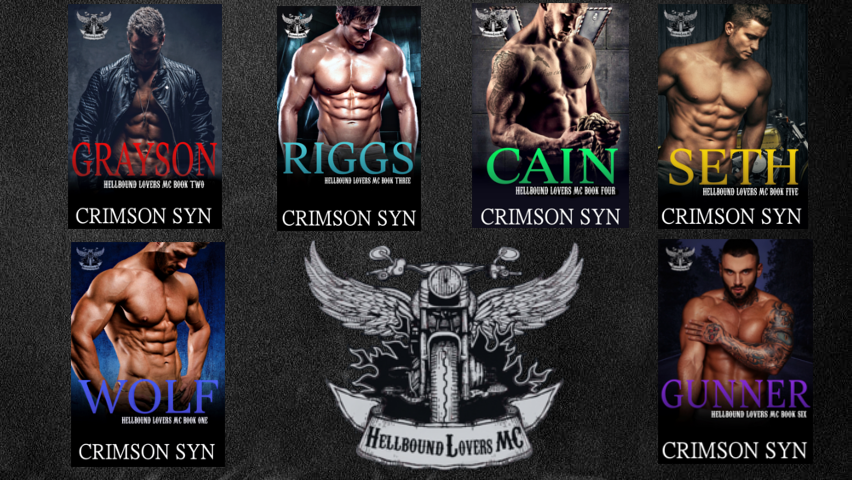 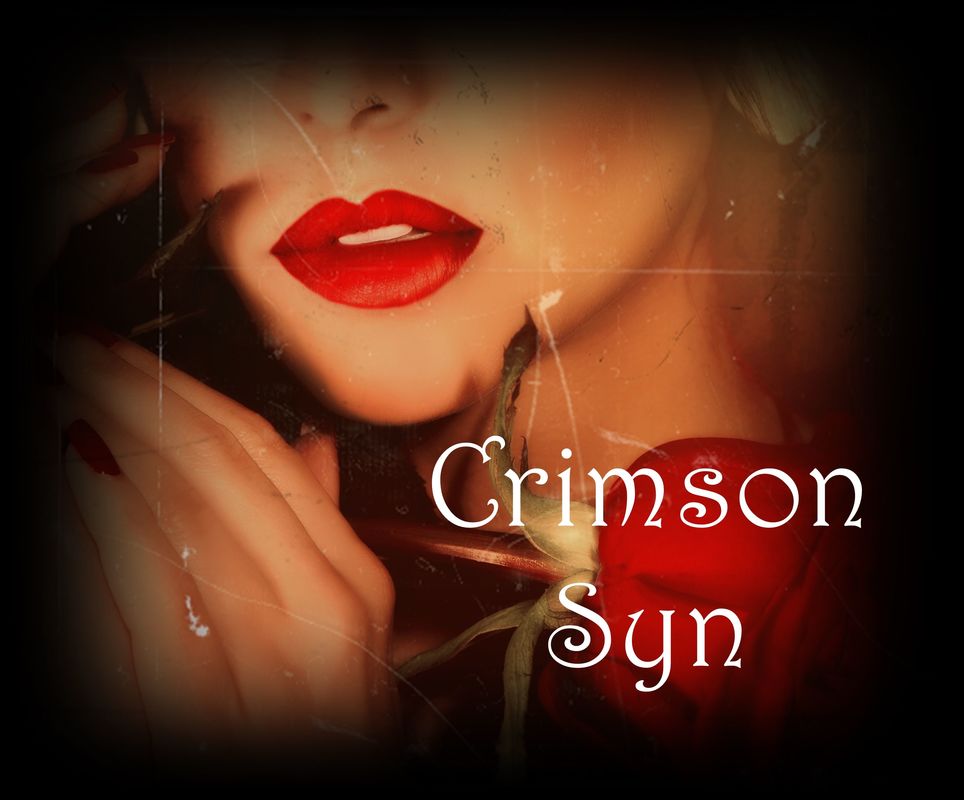 My name is Crimson Syn, not really, but what fun is it to use my real name. Instead I’ll use my inner goddess’ name, it’s much more fun that way. I grew up in New York City where I had a wonderful education, loving parents and awesome friends. What more could a girl ask for?

So here I am, after reading so many wonderful stories, I have too many sinful tales of my own not to share. I like my alphas rough and possessive, and I have no shame in saying it or writing it. I had delightfully wicked teachers growing up, their books took me to new worlds and brought me new loves. So, I want to do the same for you. I want to indulge my readers in those steamy reads that will send them into the arms of dangerous alphas and deliciously sexy rogues, without leaving the confines of their nice warm bed. If I am able to entice your inner goddesses, then I have done my job and I am satisfied.