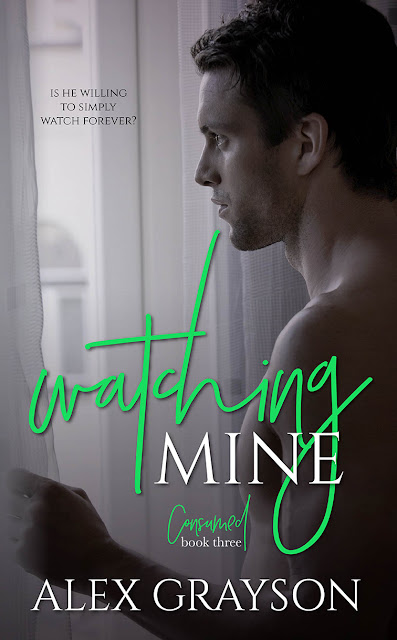 COVER DESIGN by Cover Me Darling

I’ve never been tempted to have a lasting relationship with a woman—why get involved when watching from the sidelines is so fucking hot? But from the first time I watched the woman in the apartment across from mine, I knew she was different. She teases me with her soft touches and gentle caresses. She tempts me with her silent moans and sexy whimpers. She excites me, and makes me want more than I ever have before.

For two years, I refused to give in to my curiosity. That is, until fate took things in her own twisted hands. Now that I know what it’s like to experience Emberleigh in the flesh, there’s no damn way I could ever go back to simply watching. 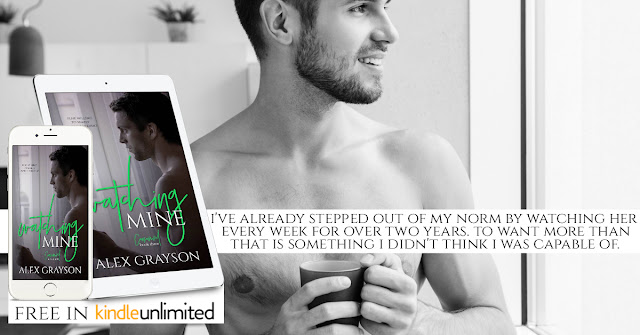 This is a great series that just keeps getting better as we delve into not only each of the people in the group’s lives but as we learn of their individual addictions and how they cope with them.

Watching Mine is Nathan’s story.  As we have learned, Nathan has an addiction to watching others have sexual encounters and he has an infatuation with the woman in 9B, the apartment across from his that he can see from his window. Then one day he actually sees her on the street. Seeing her in person, so to speak, does strange things to him. Then as fate would have it, 9B shows up at “Blackies” and things take off to a whole new level (as we all know that almost anything goes as “Blackies”).

I won’t spoil the story by continuing with details but I will say that this is a very well written book and the storyline will have you one the edge of your seat in more ways than one as Nathan and gets to know Emberleigh as a person and not just as his infatuation from “9B”. The book is erotic, romantic, heartfelt and tender. It will have you sighing at times and wanting to pull all the characters in for a much needed group hug at other times. 2 Thumbs Up for another great addition to the Consumed Series. A series that will open your heart and your mind. I highly recommend 1-clicking them all; you won’t regret it!

I am thoroughly enjoying the books in this series as they take each character and delve into each one's sexual tendencies. In this one we get into Nathan's kink...he loves to watch. And he does just that with the woman who lives across the way, until they meet, then he wants to be much more than just the watcher. The attraction is palpable as you read their first encounter in the night club. She recognizes him and gives him a show as she dances with the man she was set up with by her friend. Knowing that she is having an effect on him just makes her hotter and makes her want to give him more of a show. He's intrigued, enticed and addicted to her.

Emberleigh has a tough past, but being with Nathan has her wanting to bring get it out of the past.

This book is well written with characters who grab you and hold you until you get their story out of them. All of these books are the same and will all keep you captivated as you read each character's story. There are some pretty heavy scenes (backgrounds), but there are also an equal amount of light and even chuckle worthy scenes in the books.

I have enjoyed reading these books and look forward to reading the next one. I highly recommend this book and this series! 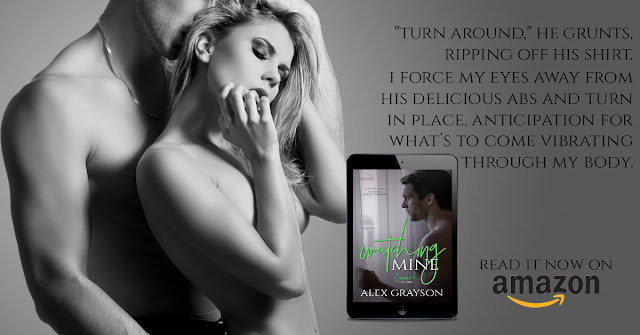 “Hey, Nathan,” Tegan calls. I look over and find him looking behind me. “Isn’t that—” He stops midsentence, leans forward, causing Willow to lean with him, and squints. A big grin spreads across his face a second later, and his eyes flicker to me. “9B,” he finishes, then leans back in his chair.
My back straightens, and I whip my head around. My eyes tighten into slits as I look through the darkness of the room.
The place is packed with bodies. Some at tables, some standing around talking to others, some out on the dance floor. I look from one person to the next, seeking out the only person of interest to me.
It doesn’t take long before I find her. She’s out on the dance floor, facing me, with some guy standing behind her. His hands are on her hips as she slowly sways to the music. Her blonde hair is swept up high on her head. With her eyes closed, she’s resting her head back against the guy’s chest with her arms lifted and her hands tangled in his hair.
There’s about thirty feet separating us and it’s dark in the room, but I can still see the look of pleasure on her face. My dick, already at attention, grows thicker.
Someone steps in my line of sight, blocking her from view, and a growl leaves my lips. I’m just about to get up and knock the fucker away, when he moves.
Not bothering to tell the others I’m leaving, I get up and grab my beer to move closer. There’s a table at the edge of the dance floor that’s conveniently empty. I turn the chair around so it faces the dance floor and take a seat. There’s now only fifteen feet between us.
She’s wearing a black silky halter-type dress that hugs her tits, then turns loose and flows down the rest of her body. It stops midthigh, but with her arms raised, it barely covers her cunt. I have no doubt if she were to bend over, her ass would show. Her black sandals are high, and even in the dark, they sparkle from some type of glittery shit that’s all over them.
My eyes slowly rake down her body, taking in every inch of her. I’ve seen her completely bare, but never this close. Her naked body is a work of art, but seeing her this close, even clothed, is so much better.
When my gaze finally tracks back up to her face, my damn dick begs to be let loose. Her eyes are now open and she’s looking straight at me. She appears surprised, which makes me wonder if she remembers me from this morning on the street.
The shock is soon replaced with lust. Her tongue darts out to lick along her lips and her gaze turns hooded. My body responds to her blatant show of want. She doesn’t know me, but she still wants me from just a simple look.
She slowly lowers her arms, her nails dragging over the guy’s neck, then runs them down her sides. They skim along the outside of her tits, over his hands that are still on her hips, to the tops of her thighs. Her eyes stay connected with mine the whole time, as if she knows exactly what she’s doing to me. The guy behind her pushes his hips forward, grinding into her ass. She bites her lip and presses herself back against him. When his lips land on the side of her neck, she tilts her head to the side, giving him better access.
My hand tightens around my beer.
Fuck me. This woman is a goddamn temptress and she knows just what to do to tempt my control.
I grab my dick and try in vain to make more room in my jeans. Her eyes widen when I move my hand away. I bring my beer to my lips and take a long pull. With a smirk, I sit back in my seat and enjoy the show. 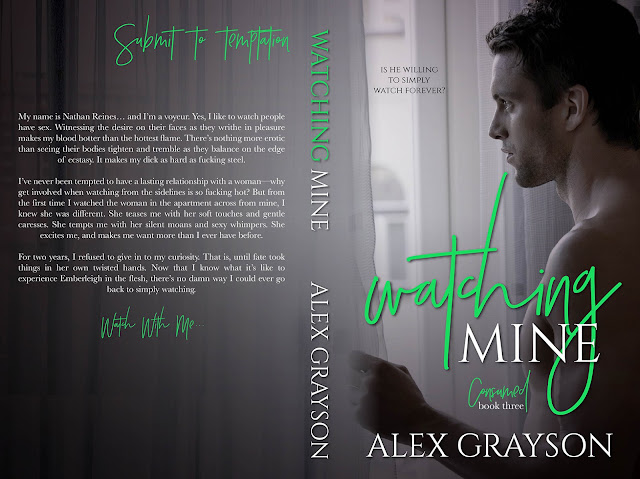 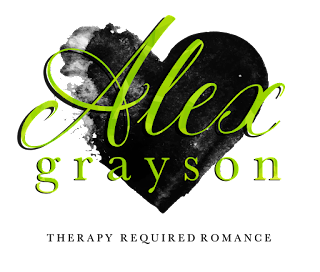