After SIX is NOW AVAILABLE!
1-Click your next Barrington Billionaire's love story.

Logan Henderson, a world-renowned neurosurgeon, had spent his life trying to separate himself from the family name. There was no amount of lives that he could save which could ever make up for his father’s actions.

Cordelia Sparks searched for the truth about her grandfather’s death. To get it, she’d need to take on a family that for decades was known for being ruthless and very powerful. Although she was taught to be honest, her mission required a certain level of deceit. Getting caught meant she could suffer the same fate as her grandfather.

As she gets to know Logan, Cori questions if she was mistaken, but the Henderson family’s shady past holds the answers she needs. When faced with a decision, does she reveal what she’s learned? Doing so means letting go of the past and trusting a Henderson with her heart and future.

The Henderson’s and the Barrington’s have been friends their entire life. Take a trip with them as they build their lives, one love story at a time.
Also available in audiobook format

Jeannette Winters is a romance author mixing heart, intrigue,
and the steamy pleasure of a Billionaire romance.

Jeannette grew up in a large family, number ten out of eleven children, eight of them being older brothers. She quickly developed a great sense of humor, mostly from necessity. One of her greatest joys is sitting on the porch where they were all raised and hearing the stories from years gone by. Quietly laughing to herself, she notices how they embellish the stories more and more each year.

Storytelling was passed down from her grandfather and mother. Jeannette caught the bug at a very young age. If she didn’t have her head in a book, then she was off somewhere with a notebook, jotting down stories of what she would write if one day she became an author. Although the notebook may have vanished, the stories are still vivid and waiting for the right time to be told.

Despite having an amazing family, there have also been some sorrows in her life, including the loss of loved ones. Over the years, Jeannette has spent countless hours volunteering for different organizations and acting as a caregiver to those most dear to her. As a result, supporting the elderly became of utmost importance. 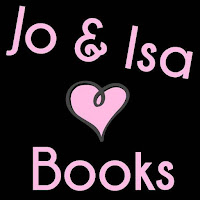