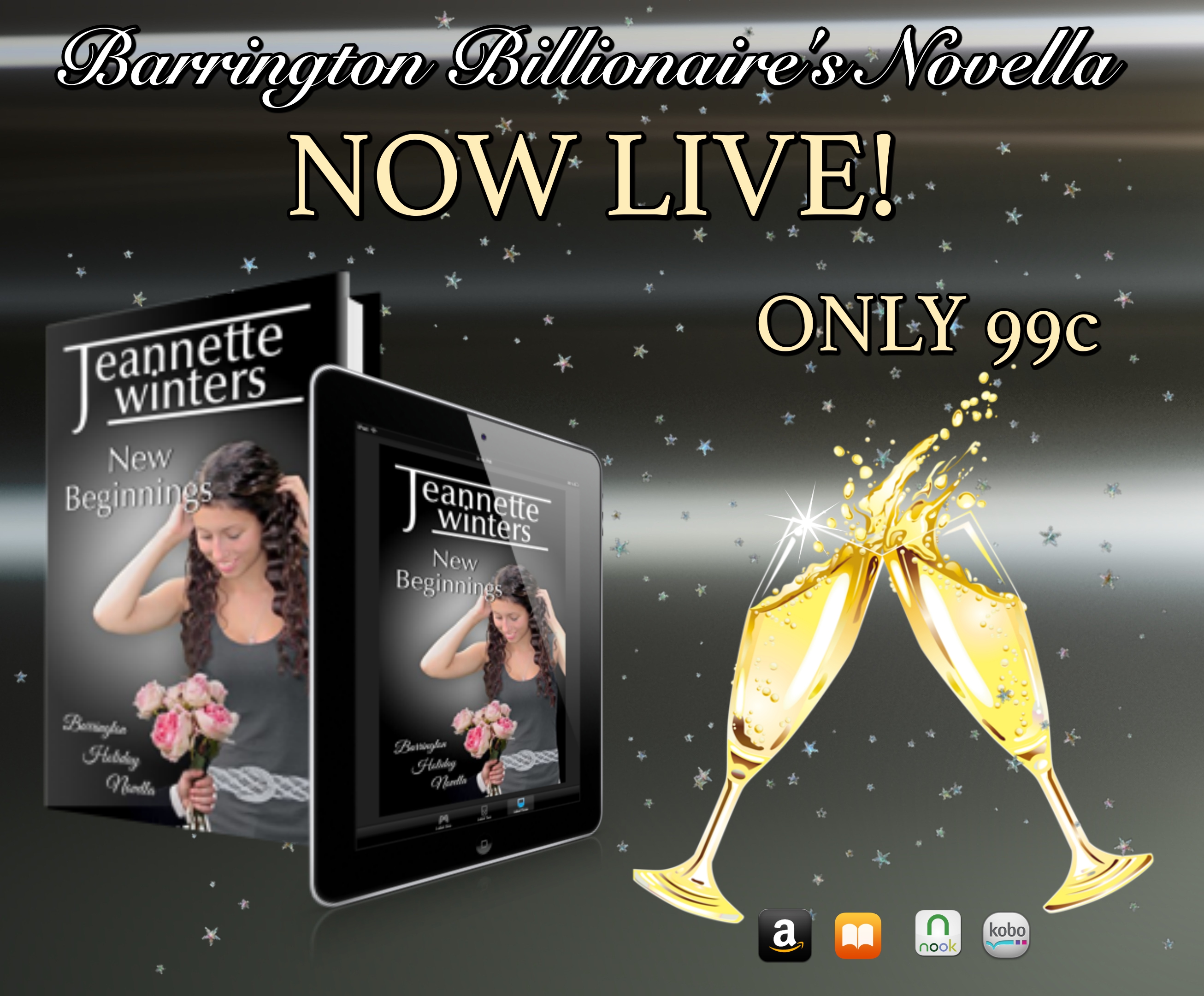 Napoleon Oliveira never allowed anything to come between him and his dream. And yet a single clerical error has halted what he’s spent the last ten years working for. Myla Alluri grew up knowing the lie was the only thing that protected her. Once free to live her life as she wished, she finds she’s still bound by her past. Breaking free would jeopardize the people who risked everything to save her. When their paths cross their attraction is undeniable. Her lie is the one thing that stands between them and a future together. Can he love her without knowing the truth or will she risk it all for him?

The Henderson's and the Barrington's have been friends their entire life. Take a trip with them as they build their lives, one love story at a time.

Jeannette Winters is a romance author mixing heart, intrigue, and the steamy pleasure of a Billionaire romance. Jeannette grew up in a large family, number ten out of eleven children, eight of them being older brothers. She quickly developed a great sense of humor, mostly from necessity. One of her greatest joys is sitting on the porch where they were all raised and hearing the stories from years gone by. Quietly laughing to herself, she notices how they embellish the stories more and more each year. Storytelling was passed down from her grandfather and mother. Jeannette caught the bug at a very young age. If she didn’t have her head in a book, then she was off somewhere with a notebook, jotting down stories of what she would write if one day she became an author. Although the notebook may have vanished, the stories are still vivid and waiting for the right time to be told. Despite having an amazing family, there have also been some sorrows in her life, including the loss of loved ones. Over the years, Jeannette has spent countless hours volunteering for different organizations and acting as a caregiver to those most dear to her. As a result, supporting the elderly became of utmost importance.