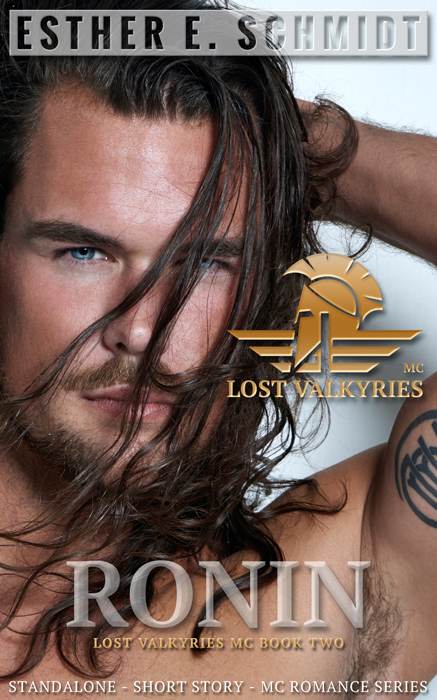 Anouk - He’s a killer who took me with him. Although he was sweet, tender, and yet so very dominating a moment ago; that’s all insignificant now.

Ronin - I answer to no one. As the Prez of Lost Valkyries MC, people answer to me, not the other way around. Even if they place an order for a hit, I’m in charge and can flip the order back in their face along with their last breath before they leave this Earth. I’m ruthless, to everyone. No exceptions. Yet she made me take a turn.

**Books in the Lost Valkyries MC series will each be a standalone, short story romance. Every book is lust to love at warp speed. Grip your panties because they are going to be melting...so be warned!**

In true Esther E. Schmidt style, you open this book, and you are captured by the words, story, characters and fast pace of the ride. No wasting any time, the characters on in action right from page one and do not stop until you reach "the end". Ronin is one tough biker, President of his MC; Lost Valeyries, and has just met his future in the one and only Anouk, who literally stumbles into his life immediately following his small killing spree in the room that she was apparently being held captive..for whatever reason, he didn't care. Watching her as she stumbles around, not noticing him or the three dead men on the floor in the room, giving him quite a show as what she's wearing (or not wearing), leaves little to the imagination, and he is very attracted to what he sees. But it's her spunky, smart mouth that seals the deal for him, right before she struggles to get out of his grasp, effectively knocking herself out in the process. Now, his next problem is finding out as much as he can about her, what she's doing there, why was she tied up and just what would he do with her now that he had her?

All those questions will be answered quickly and effectively when you grab this book and read it for yourself! This is a wonderfully fast paced read and you will not only have to fan yourself quite often, but will be turning page after page very quickly. Highly recommend this book!!!

I know this is only book 2 of this series but Oh My Gosh. These guys are pure hunk on a stick and then some. And I don’t just mean in the looks department. They are raw, hardcore, tough as nails, bikers and no one crosses these guys. No one even gives them lip except the women that seem to capture their hearts at the most outrageous of times. Leave it to Ms. Schmidt to give us all of that and so much more.

Ronin is the prez of the Lost Valkyries MC and does what must be done. He doesn’t shy away from anything if the price is right or if his brothers need him. Everyone knows you want something done, you call on Ronin. However on his current mission, Ronin fails to clear the room before “taking care business” and gets seen by a red-headed, smart mouthed bombshell that seems to be in one heck of a predicament herself. And the story takes off from there. It’s funny, sexy, steamy and told as only Esther Schmidt can do. Ronin’s story may be short but it packs one Heck of a Punch. I can’t recommend Ronin, or the Lost Valkyries MC series enough. 5 Stars all the way around for this one. 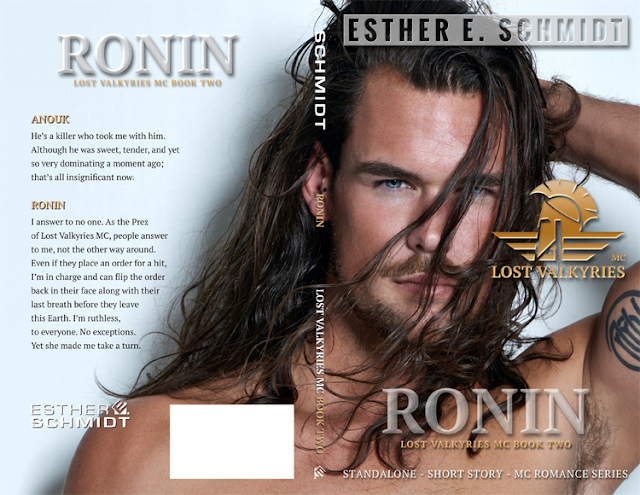