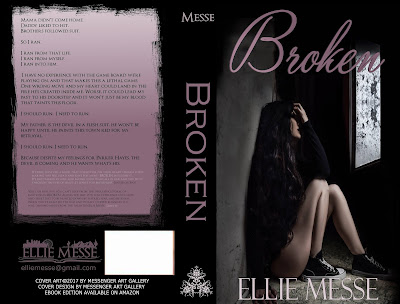 I ran from that life.


I ran from myself.
I ran into him.
I have no experience with the game board we’re playing on, and that makes this a lethal game. One wrong move and my heart could land in the fire he’s created inside me. Worse, it could lead my past to his doorstep and it won’t just be my blood that taints this floor.
I should run.  I need to run.
My father is the devil in a flesh suit, he won’t be happy until he paints this town red for my betrayal.
I should run. I need to run.
Because despite my feelings for Parker Hayes, the devil is coming and he wants what’s his. 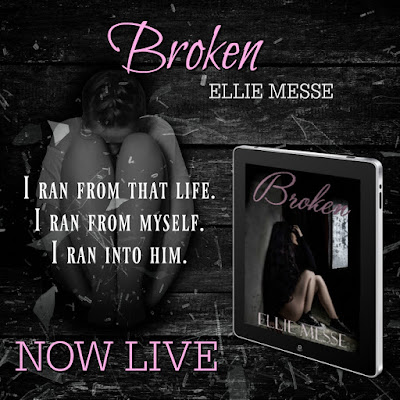 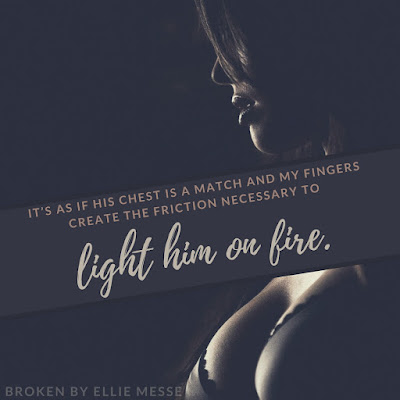 I am almost at a loss for words. This was in incredibly written book with an incredibly funny, painful, brutal, loving storyline. I was so afraid for a while that I would hate the ending or end up a pile of blubbering foolishness (at work no less). But I adored this story (well not the brutal and painful parts), but besides the wonderful storyline, it's the characters that capture you and pull you into their world, just like you belong there. This story is so much more than the story of just two people, it's the story of family, those you are born to and those that choose you. And it's the one's that chose Haley that are the most amazing of all. Acceptance into their lives was so hard for her considering her background and her past, and it is her past that is chasing her that changes her life, once for the good, and once for the bad. But this family is so strong and their love for her is unbelievably strong that it defies the devil himself.

The characters are wonderfully written and very well developed. I'll start with the worst..her birth family...Her father and brothers are the spawn of Satan himself! Enough said about them. Her mother, well she's not the mother she should have been and we will leave it at that! Her brother Kaylen is another story. He left her when she was only 8 (he was 16), and she's hated him since then, but deep down she loves him. She just feels so betrayed that he left her with those evil spawns that she can't help but fight him tooth and nail when he turns up again.

Now, her new "family". There's her best friend Drew. I swear we all need a friend like him. The banter between these two is unreal and will have you in stitches. Drew is a man-whore...no..that's wrong, he's just "hungry"! He also has no filter between his brain and his mouth and has no problem with blurting out anything! He adores Haley and will stop at nothing to see that she is happy, and includes punching his brother Parker for being an ass to her.

Parker....oh Parker! We all want a Parker in our lives (and bed) as well. He falls hard and fast for Haley and immediately joins with Drew to become her protector, but he wants more. He wants all of her, the good, the bad and the ugly. He's (Drew too) handsome, big and hot!

Josh is Parker and Drew's uncle and is Haley's boss. He quickly takes her under his wing, not knowing her story, but knowing she's running from something or someone. He's another of her protectors and he loves her dearly. Maria is his girlfriend, and is the mother figure to the two boys and now to Haley. She is as sweet as she can be and you would love to be a part of her life.

Haley has it good, but she is so broken that she doesn't realize just how much these people would do to protect her. She has secrets, scars both on the inside and outside that she tries so hard to hide. Her self-worth is near zero, and even with these loving people around her she still feels that she is worthless and that they would all be better off without her. When her past catches up and threatens their lives, Haley makes a deal with the devil and leaves them all behind, getting her brother to help her. But you know how secrets are, they will come out one way or another and Haley's secrets will be discovered in a most brutal, heartless way. One that will have you holding your breath as you turn the pages.

This is an OUTSTANDING read and I HIGHLY RECOMMEND it. Do not let this book pass you by. You will regret it if you do. 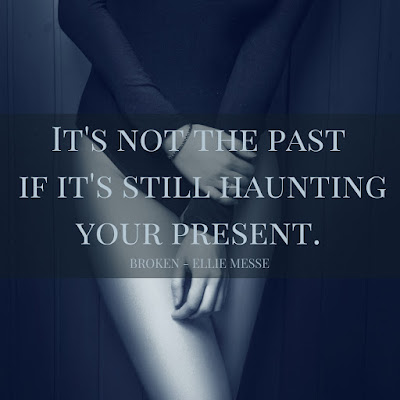 
I made forty bucks at VIN’s which is really good considering it’s just a dive bar, and HEAT is bloody packed tonight. Josh added two additional fire shows to appease the crowd and we’re making a killing. The usual banter between Drew and I has been on fire with all the people giving additional tips for funny bartenders.


Sliding three cocktails down the line, I spin to grab a clean towel when my freaking world comes to a halt.

Not just my body, but the blood in my veins, the heart in my chest, and the air in my lungs, they all freeze at that voice. The stillness is replaced by a vibration in my bones as I slowly turn around.

“You were harder to find then I thought.” What the fuck, how is it- this isn’t- I don’t. I don’t know what’s happening. “Especially since you’re not blonde anymore.

I don’t speak, all I’m capable of doing is staring. I examine his nose, that despite being broken countless times remains straight. My eyes travel to his strong jaw that’s slightly dusted with facial hair. Jesus Christ, it’s actually him.

“You alight, Hales?” Drew’s hand falls on my lower back, and despite my hate for being touched, he grounds me as I stare into the eyes of my long lost brother. “Move along friend.”

Kaylan lets out a dark chuckle that isn’t friendly. “How about you go back to work, friend. This is important.”

“I’m sure it is, but this is a business and she has work to do. So, I'm going to ask politely that you order your drink and move along.”

Ryan’s dead. She died in that hell hole a year and a half ago. 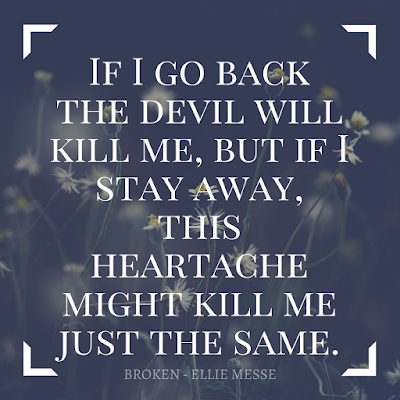 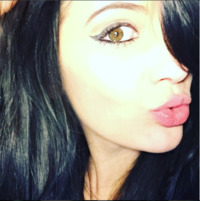 I'm a fun loving book dragon who has the ability to make sailors blush with colorful language and obscene gestures. I love reading, mostly romance, young adult and new age. I'm a part of a BANGerangin' book club that is guaranteed to be better than yours. I like to spend my days wondering around department stores while reading erotica out loud, scaring the piss out of people, and playing "The floor is lava". (Adulting is lame.)