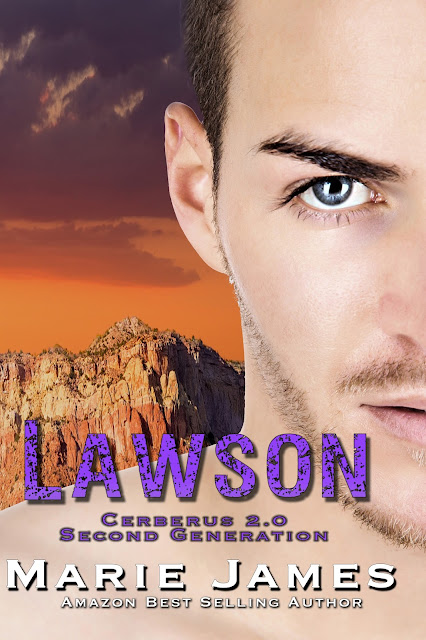 
My plan was as simple as they come… in theory. Show up at the Cerberus clubhouse and give dear old Dad a piece of my mind. What I didn’t expect was being welcomed by the open arms of a father who had no idea I existed.

More importantly, I didn’t anticipate HER. Delilah Donovan was a breath of fresh air. She would soon become my reason for wanting to become a better man, my reason for getting out of bed with a smile on my normally sneering face. But no matter how much I changed, she’d always be too good for a man like me.

It was over before it could even begin. 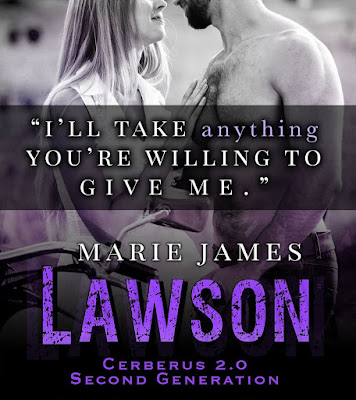 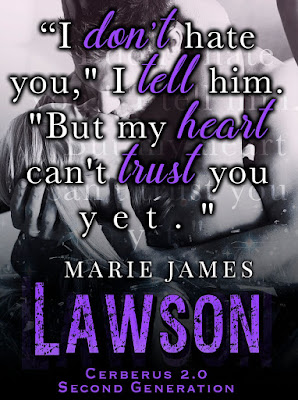 WOW! What a way to start the 2nd generation of the Cerberus MC.

Ms. James has continued the amazing story of Snatch. When Snatch ended Darby, who was dying informed her son Lawson, about his father, Jaxon, aka: Snatch. Shortly after Darby’s death, Lawson with his younger brother in row heads out to find Jaxon and boy is he loaded for bear. When he finds Jaxon with an all bit perfect family life (a husband and teenage adopted twins a boy and girl), Lawson sees red for all was left behind. Jaxon and Rob welcome the boys with open arms but Lawson isn’t buying it. From here the story takes off including one between Lawson and Delilah.

2 Thumbs Up for a fantastic story and one I highly recommend and this reader is anxiously awaiting book 2 in the Cerberus next generation.

Exceptional read. Great storyline that is well written with it's ending of one story and the beginning of another story. Granted, I haven't read the previous story in the original Cerberus MC before beginning the next generation, however it didn't throw me off at all. I loved the story and did enjoy seeing where Rob and Jaxon were in their lives, as I had read their story. But it's the children's story that comes to the forefront as Jaxon meets the son he never knew he had and that son, Lawson, is greeted not only by his father, but his family as well. Rob and Jaxon now have a family with the twins that they adopted, a girl Dahlia and Samson. Lawson comes with his 15 year old brother Drew after their mother dies. Lawson has a lot of anger in him and believes that Jaxon left his mother and him and now has this whole other family. But things are not as they seem, as is the norm, and even though Lawson has is issues, it's Dahlia that catches his young eyes.

I loved Lawson and Drew's characters. They were dealt a bad hand in life, and Lawson does the best he can to take care of his younger brother. Yes he's made mistakes but he loves his brother. He's young, only 18, but he already knows he all man (even if mentally he is still a teenager and doesn't have all of the answers). I liked Dahlia in the beginning. She was sweet and saw through Lawson and knew he needed a friend and slowly she began to fall in love with him. Until he said the words that broke her heart and turned her against him. After they are reunited a few years later, she's changed and has continued to hold on to her anger at him and does everything she can to dish out the hurt to him as he did to her years ago. But the pull is too strong. At this point she started working on my nerves, but before the end of the book, I began to like her again. Then again, I had to keep reminding myself of her age and although she is mostly grown, she is still only 19 and has years to grow and mature and grow in wisdom.

I thoroughly enjoyed this book and look forward to reading the next in the series, especially after that last paragraph! Great read, I highly recommend it!

LAWSON CONTINUES FROM
THE CERBERUS SERIES

All free in Kindle Unlimited 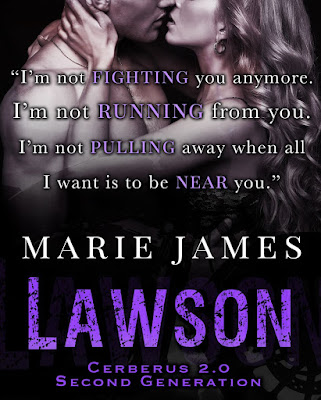 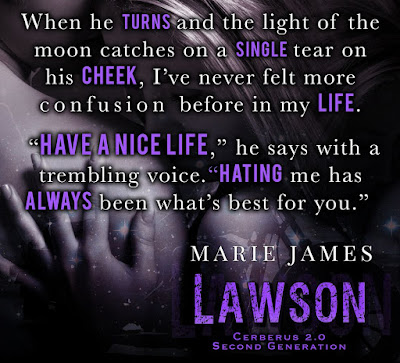 Giveaway Direct Link
for a signed Paperback of Lawson
http://www.rafflecopter.com/rafl/display/ba3ffd551703