New Release with Review - Up For Heir 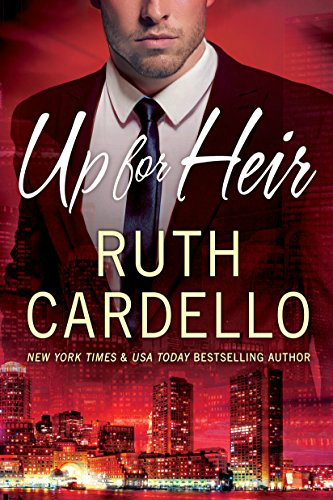 New York Times and USA Today bestselling author Ruth Cardello puts two hearts on the line when a Boston billionaire takes a second chance on the woman of his dreams.
Spencer Westerly is his own man. He didn’t need his father’s money to build his wildly successful tech company—and he doesn’t want to deal with the fallout from old family secrets. But as much as Spencer wants to avoid Westerly drama, his grandmother—the family matriarch—is determined to pull him back into the fold. And she’s discovered the perfect lure: his college sweetheart, Hailey.
Although she broke his heart, Hailey is still the only woman he’s ever loved. Now that she’s back and looking as desirable as ever, Spencer is determined to get a second chance.

A lot has changed for Hailey Tiverton. The only thing that hasn’t? The inexplicable pull she feels toward Spencer. When they were younger, his work was his priority. Now, he’d better be willing to prove that, this time, love comes first…


I Just Love the Westerly’s. They may be billionaires but their family has everyday problems or as Spencer would say they are Batsh...t crazy (but in a good way in my humble opinion). The author writes such amazing stories about this family. A family this has an 80+ woman as it’s matriarch. A woman that has no filter and is pretty darn scary (well until an 8 year old starts to melt her outer shell).

Up For Heir is Spencer’s story. If you read book 1 of Westerly’s (In the Heir) you know Spencer basically washed his hands of the majority of the family when he found out the man he thought was his father (Derrick Westerly) was not his father but the man he called step dad for years (Mark - who is now deceased) was in fact his father. Spencer felt betrayed that this information was kept from him and thus doesn’t want to have anything to do with his so called family.

During Up in Heir we get to know Spencer’s back story and about Hailey, the only love interest Spencer has ever had and that was years ago. Knowing Hailey had moved on Spencer spent his time building his company and becoming successful despite his family. The author will take you on a very heartwarming and at funny journey as you get to know Spencer and his grandmother, Delinda (the 80 year old). The storyline will make you laugh, smile and cry but the journey is so very worth it.

2 Thumbs Up for this awesome Book 2 in the Westerly Billionaires Series. If you like a good romance, you can’t go wrong with Ruth Cardello. 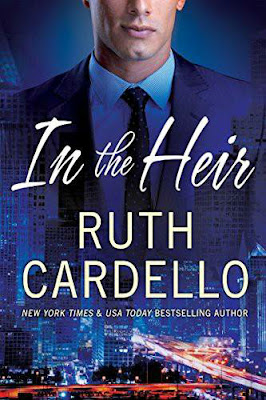 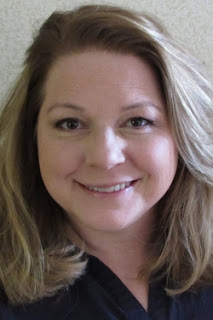 Ruth Cardello hit the NYTs and USA Today for the first time back in 2012. Millions of sales are evidence that her books are akin to potato chips, addictive from the first one. She has created a multi-series billionaire world with a combination of escapism and realism that has gained her a faithful following of readers.

What Kindle Reviewers write about her:

"I'm a true fan of Ms. Cardello. I ran on to her first book a few years back and have been hooked ever since. I could go on and on about the story line of this book, but I'm not. All of her books are total page turners, unique, heart wrenching, and I love them all. There isn't two alike in the bunch and I feel like I know the characters personally. I personally read 97 authors books. And I buy every book they put out. This author is in my top 10. Great job and keep them coming."

"Love this series. Got me to start reading again. I look forward to the next book. Thank you for giving me the love of reading back."

Ruth Cardello was born the youngest of 11 children in a small city in northern Rhode Island. She spent her young adult years moving as far away as she could from her large extended family. She lived in Boston, Paris, Orlando, New York--then came full circle and moved back to New England. She now happily lives one town over from the one she was born in. For her, family trumped the warmer weather and international scene.

She was an educator for 20 years, the last 11 as a kindergarten teacher. When her school district began cutting jobs, Ruth turned a serious eye toward her second love- writing and has never been happier. When she's not writing, you can find her chasing her children around her small farm or connecting with her readers online.