Welcome to the Cover Reveal of
Bayou Brides by Linda Joyce! 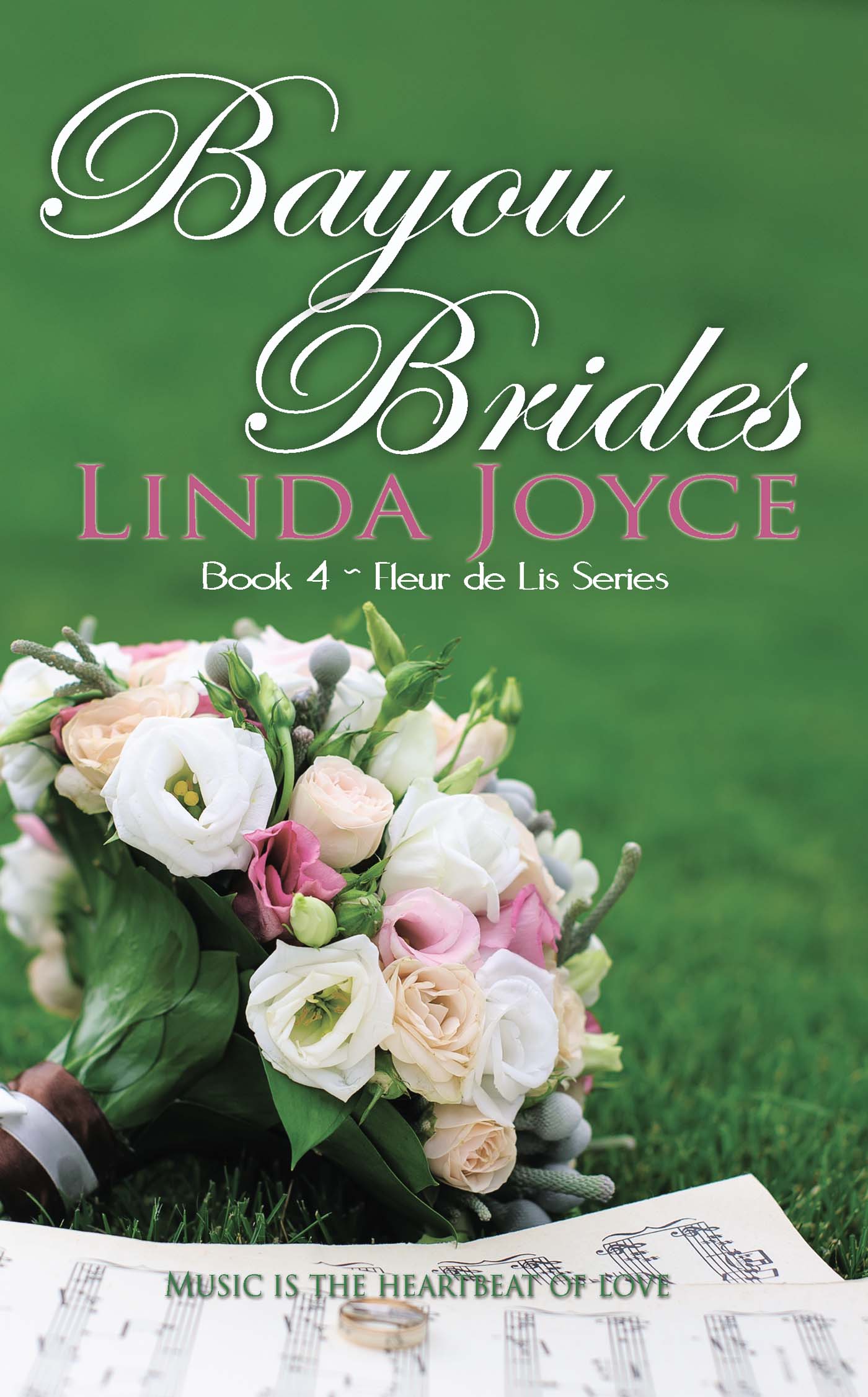 Nola Dutrey is as dedicated to her jazz singing career as she is to her kids’ community band in New Orleans. When she meets her best friend’s brother, her heart beats with a newfound passion. But falling in love with someone whose life is in New York has no future.

Restaurateur and music enthusiast Rex Arceneau is in town to settle his father’s estate. He must get the financials into the black before handing over the family restaurant to his sister. To reduce expenses—the weekend singer must go. However, he meets Nola, and their connection sizzles. When he hears her sing, he’s hooked.

Nola’s torn between powerful attraction and life in New Orleans. Rex is determined to use music as a secret weapon to entice Nola north.

Will she ever be a bride at Fleur de Lis or will life’s dissonant notes ruin their harmony and once-in-a-lifetime love?

Amazon Best Selling author and multiple RONE Award Finalist Linda Joyce writes contemporary romance and women’s fiction featuring assertive females and the men who can’t resist them. She lives with her very patient husband in a house in metro-Atlanta run by a fifteen-year-old canine named General Beauregard or “Beau,” who believes they are his pets. Linda’s a closet artist who paints with a brush, yet longs to finger paint…but hates getting her hands messy. She’s addicted to Cajun food and sushi. Linda will deny she only leaves the house once a week and only then to get criticism from two other authors.

Linda lives in Atlanta. She’s a big fan of jazz and blues, and she attributes her love of music to her southern roots, which run deep in Louisiana. Courtesy of her father’s Air Force career, she lived coast to coast in the U.S. and wrote her first manuscript when she was twelve while living in Japan, where her mother was born and raised. During recess, girls lined up on the bleachers, like birds on a wire, and took turns reading and passing pages to the next girl in line.

In addition to being a book addict, Linda loves dogs. She’s a foodie—a fangirl of celebrity chefs, an RVer with a 5er, loves to hike and kayak in spring and summer, binge watch movies in the winter, and when the days cool and the leaves begin to turn in the fall, she’s all smiles over SEC football.


Connect with the Author

Click to participate in the Release Day promotions: http://bit.ly/2x7KGKJ

Hosted by: The Next Step PR

Join Authors in the Bluegrass LIKE page, it IS happen AGAIN 2019 → https://www.facebook.com/AuthorsInTheBluegrass/?fref=ts