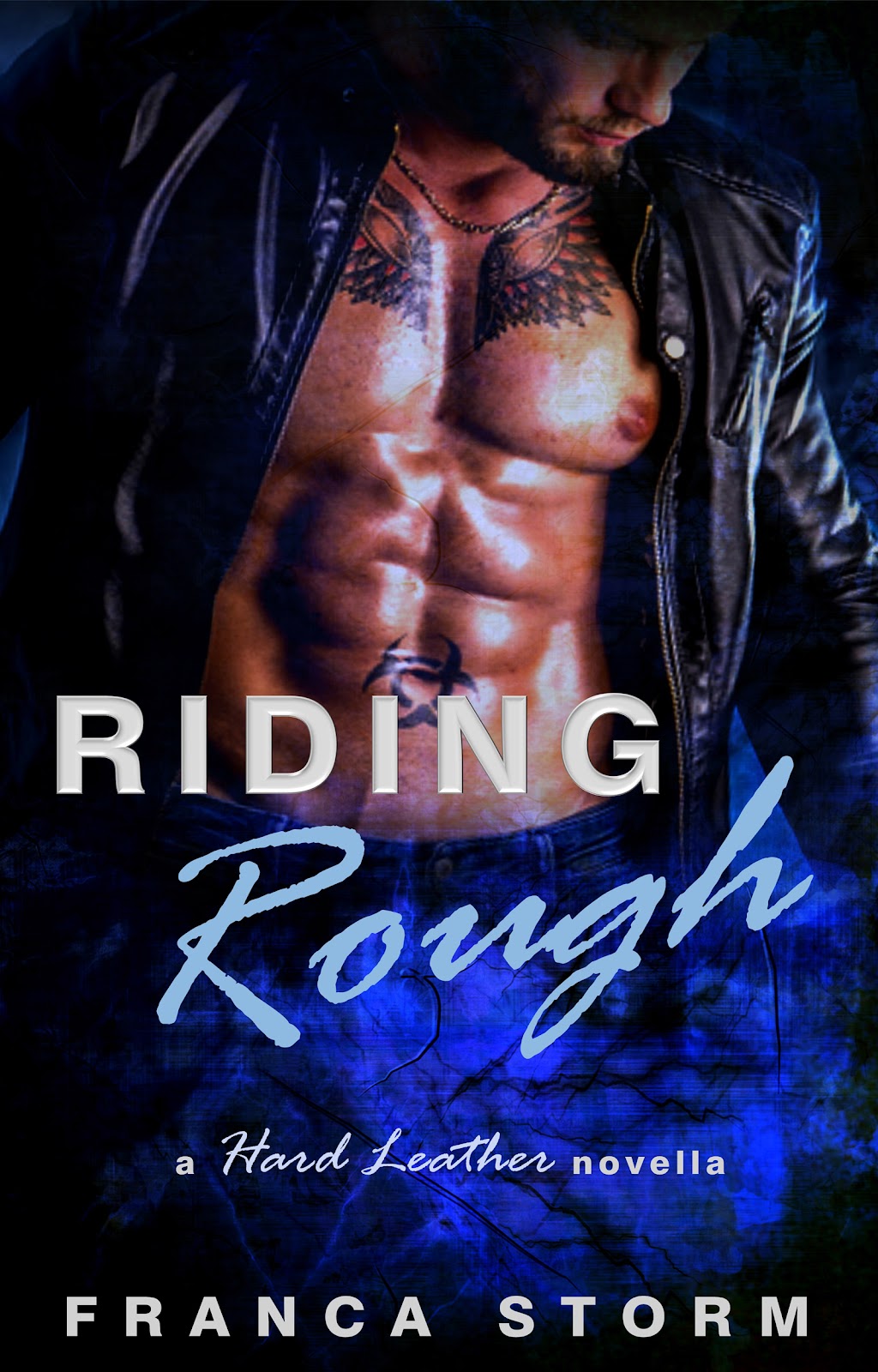 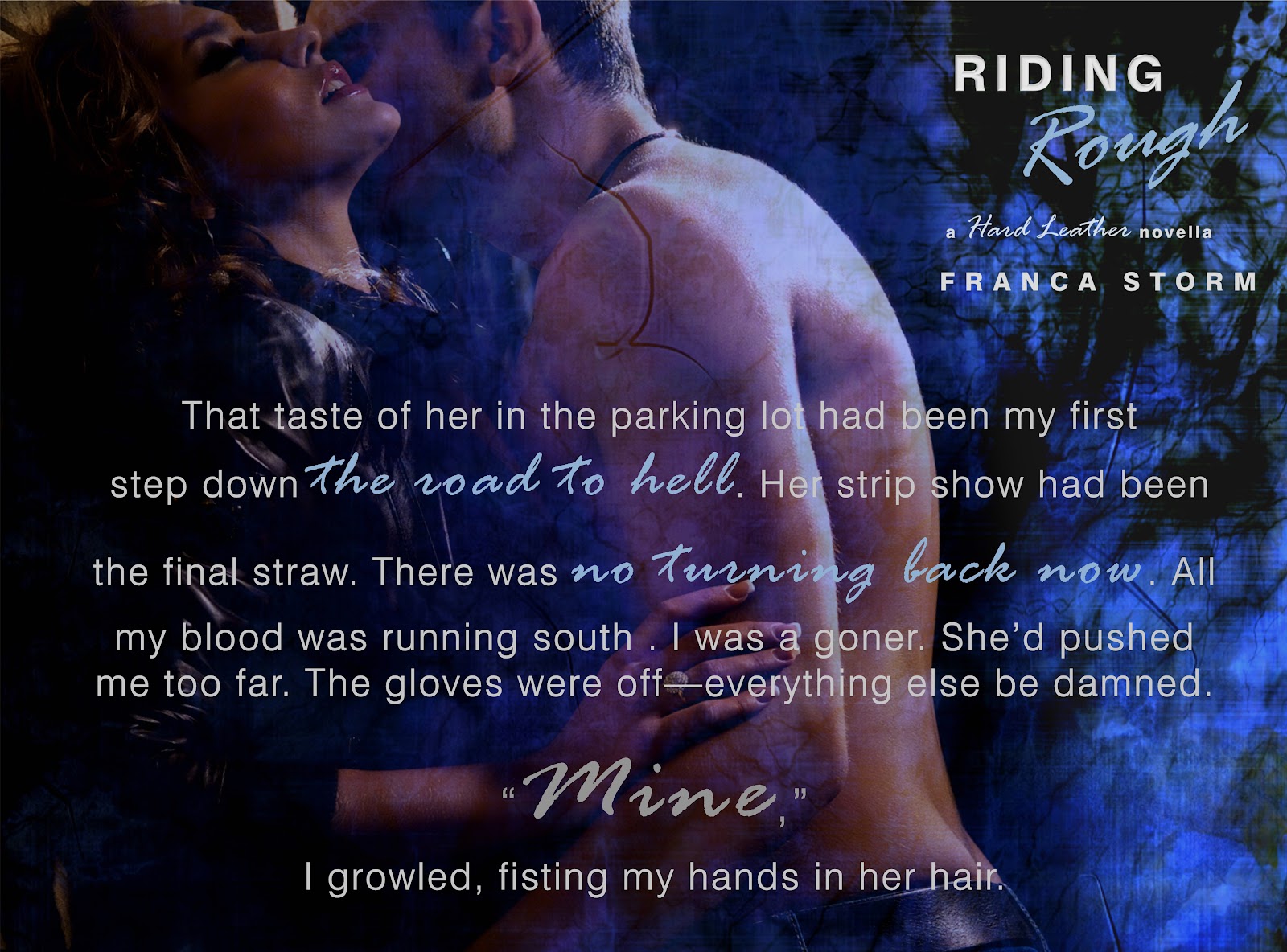 Mason Cross safeguards club security.
He’s Sergeant-at-Arms for the Steel Titans MC.
Running protection detail on someone should be a walk in the park.
And it would be. If it was on anybody but HER.
Lucy Taylor.

He’s stayed away from her for a reason.
But now they’ve been thrown together, all bets are off.

The beast wants out of its cage.
To take her.
To devour her.
To claim her.

But that would mean breaking a code.
Betraying a brotherhood.
Just cuz a man wants something doesn’t mean it’s right to take it.

But she’s more than a want. She’s a craving. In his bones.
A woman who makes a man want to brave chaos and even Hell itself

Besides, this biker’s always game for a rough and wild ride.

*This is a standalone novella*


Loved this fast paced, “rough riding” MC story (and by rough riding I mean it in more ways than one).

Mason, Luce and her brother Cole had grown up together and after the deaths of their parents were all the family the three of them had. Luce has always had a major crush on Mason but he treated her like a little sister due to her brother Cole. So having him watch over her while her brother was out of town was pure torture. What Luce didn't know was how much torture Mason was under due to being close to her as well. Especially when Luce throws down a challenging taunt to tease him. As if that wasn’t enough of a problem for Mason, they end up lockdown and trouble is on the horizon with Luce right in the middle of it.

The Steel Titans are a tough alpha group who ride, live and love hard. I highly recommend checking out Riding Rough, it is a an awesome start to what I foresee as a good MC series. 2 Thumbs Up! 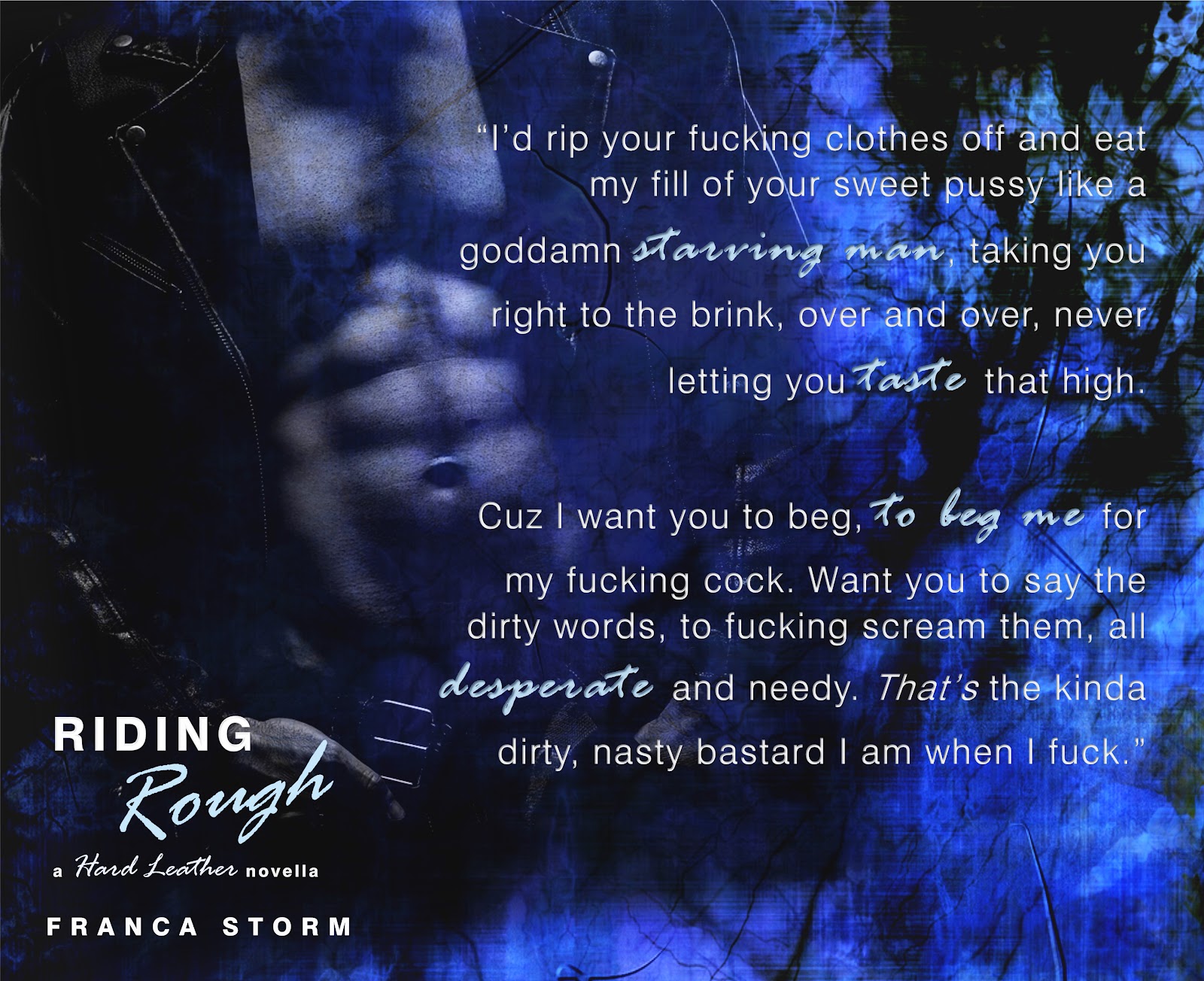 She held on real tight to my jacket, telling me, “You’ve been showing me nothing but hostility for the last few years. I thought you hated me. And yet here you are being so sweet to me, hell-bent on defending me. So, all this hatred was… what… a lie? Tell me, Mason.”
“I need to get you home.”
“Tell me,” she insisted, being the stubborn-ass woman she always was.
I knew I should’ve just broken her grip by force, lunged at her and thrown her on the back of my bike, or some shit. But, for the life of me, I couldn’t.
Instead, the words were out of my mouth before I could stop them. It was the intensity in those sexy blues of hers, urging the truth from me after all these years of keeping it buried down deep. Or, maybe it was her hands on me finally, us being so close screwing with my good sense. Either way, they burned on the way out, almost clogging my throat as I told her, “There’s nothing to hate. Never was. Never will be, Luce.”
“But all this time--”
“Was easier that way.”
The hell, it was. There was no easy when it came to staying away from her. To wanting her. But what else could I tell her?
I knew the second she got what I was saying, cuz her eyes flashed and she gasped, “Oh my God.”
“Yeah.”
“Why… uh… why did you break that tonight? I mean, you were sweet to me.”
“You needed me.”
She bit her lip. I watched as it trembled and my gut clenched; it looked like she was gonna cry. Cuz of me.
She buried her face in my chest.
“Luce, I--”
“So, tomorrow we go back to playing the hating game? Is that it?” she asked, her voice muffled against my leather again.
Fuck, I didn’t know. How was I supposed to answer that?
Instead of finding the words, I reached out and sank my fingers into her hair, stroking her soft purple waves. She turned into my touch and raised her head to gaze up at me. “Is that what you want?” Her voice was barely a whisper and sounded so damn sultry.
“What I want?” I rasped, almost choking on the words.
She nodded. “That’s what I asked.”
I wasn’t sure if she meant to challenge me. I knew Luce was real innocent. How could she not be with Cole always driving away every bastard who got within a few feet of her? But either way, the man in me sure as fuck was taking it as a challenge, as though she was throwing down the gauntlet. Cuz, as I looked down at her, all I could see was the girl I’d always wanted right there in my arms, desire in her eyes for me, wanting to be taken, needing me as much as I’d been needing her all this time. And with her hands on me short-circuiting my brain, her sweet coconut scent driving me to distraction, and the white knight complex she’d brought out in me tonight on overload, my willpower was shot to hell.
I dipped my head and fisted my hand in the back of hair. “‘Course it isn’t.”
Her eyes widened and she mumbled, “Then what--?”
My mouth crashed down on hers with the fury of a violent tidal wave colliding with land. She whimpered from the ferocity that I couldn’t hold back, stumbling. I brought my hand around to the small of her back, steadying her for a second, before pushing her against my bike. She cried out and the sound sent a bolt of pleasure straight to my dick. A cross between a moan and a sexy purr. I feasted on her lips, nipping, biting and licking every last inch of them. But I needed more. I needed to taste her, to claim the woman I’d denied myself for so fucking long.
I sank my hand deep into her silky waves, angling her head with a rough tug. It had her arching her back and rolling her hips, trying to rub herself against me. Mmm… she well liked that. A bit of sexual domination. Good thing, cuz that was the only way I rolled, as I’d warned her earlier.
The next thing I knew, her hands were slipping under my shirt and her nails were dragging up and down my back, making me hiss with the bite of pain. Hell, yes!
Growling, I gripped her thigh hard. It had her gasping and parting her sweet lips for me. I didn’t waste the invite. I plunged my tongue inside, diving in eagerly to taste every part of her. She went wild then, her tongue tangling with mine, giving as good as she got. I wasn’t sure which one of us was panting harder. All I knew was I could barely breathe, but I didn’t want to stop, cuz it felt too good tasting her, touching her, after all this time. I just couldn’t get enough. I was lost in the heat of her. Drowning in it.
I ground my stiff cock against her. I was so hard that it was painful. I could feel her heat even through my jeans. She fisted my cut, holding me to her and whimpering into my mouth, begging me to take it further.
“Oh God, Mason,” she choked, breaking the kiss and peppering my neck with desperate licks.
Every stroke of her tongue against my skin was like liquid fire, enflaming me further. Tempting me. Hit the brakes! I was fast reaching the point of no return. We were in a fucking parking lot! She deserved better. This shit was reserved for club whores, not her. Not my little pixie. This wasn’t the plan, asshole! Things had gotten outta control real quick.
I felt her fingers sliding down my chest. Lower… lower. 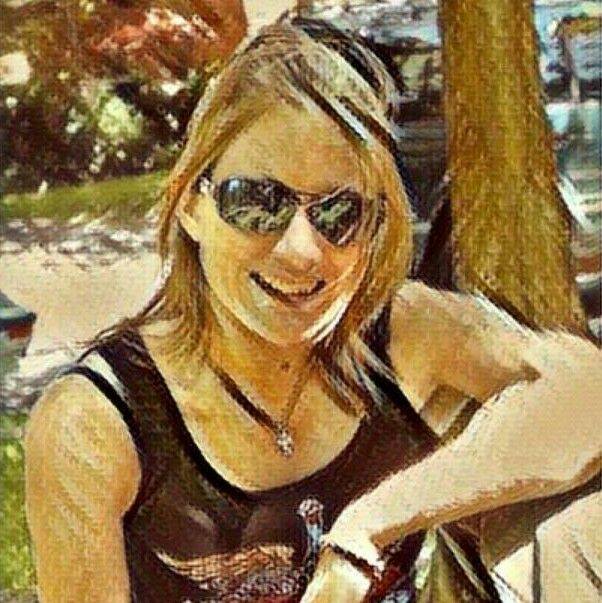 Franca was born in Surrey, England and currently lives in Ontario, Canada with her husband and their labrador, Rocky.
She writes stories about bad boys with big hearts–those bad boy, alpha males that the tough women they fall for just can’t seem to resist.

She is a long-time erotic/romance novel addict and decided to try her hand at crafting her own. Writing romantic erotica is now her obsession and the perfect way to put her dirty mind to good use! She’s got a ton of stories to tell and many more works up her sleeve.