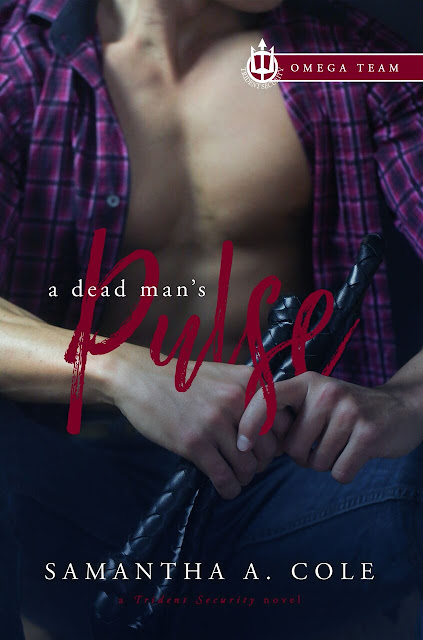 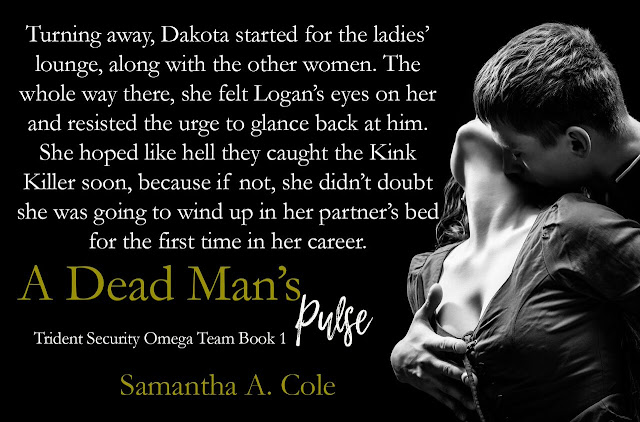 Marine First Sergeant Logan “Cowboy” Reese was rescued hours before he would’ve met the same fate as his five murdered teammates in Afghanistan. Returning to the US and civilian life hadn’t been part of his plans at this stage of his career, but dealing with PTSD forced his hand. However, an unexpected job offer with Trident Security, a private firm in Tampa, has him finding a purpose in life again, but will his flashbacks destroy a promising future altogether? 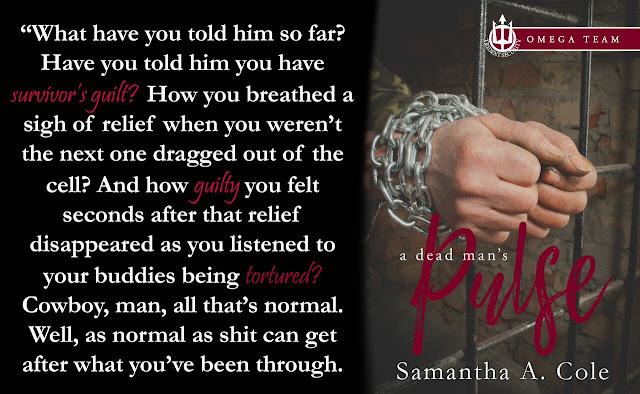 
I was Absolutely blown away by this book. Ms. Cole’s books never disappoint readers, as her style of bring together suspense, romance and “the lifestyle”, are truly amazing. But A Dead Man’s Pulse was all that and so much more. The storyline will grab you by the heartstrings and refuse to let go. It deals with a former POW who is now home and dealing with PTSD and flashbacks after living through the tortured deaths of his teammates as well as his struggles with his current career on the Omega Team with Trident Security.

His current mission has him partnered with a female police officer, Dakota, in hopes of finding the Kink Killer before another submissive is brutally murdered. Both Logan and Dakota have personal issues they are dealing and have no need for a personal relationship at this time. Yet the instant attraction between the two of them is off the charts and hard to deny even with everything going on in both their private worlds. Can they put their problems aside to help determine who the killer is and stop him in time or will more lives be lost? Will Logan and Dakota find some type of common ground or take the easy road and dismiss one another?

This story is heartwarming and so well written that I have highly recommended it to everyone I can. It goes without saying all the Trident Security and their spinoff books are one of my all time favorite series, however this book ranks among one of my favorites within this phenomenal group of books. I give it a very Hardy 2 Thumbs Up and suggest one clicking it asap. You won’t regret it. 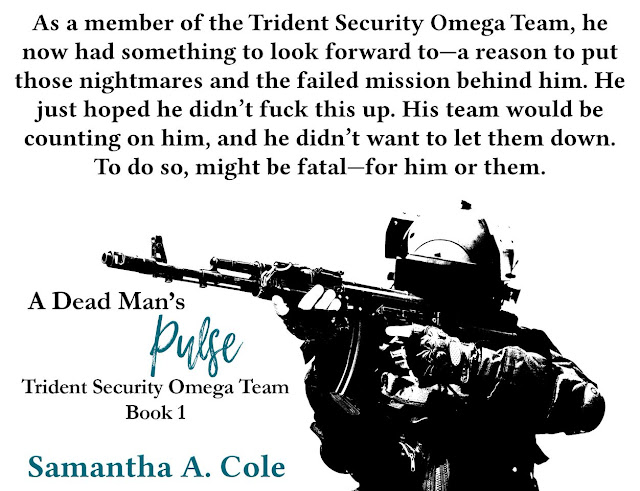 Samantha A. Cole is a retired policewoman and former paramedic who is thrilled to add author to her list of exciting careers. She has lived her entire life in the suburbs of New York City and is looking forward to becoming a snow-bird between New York and Florida someday. Her two fur-babies, Jinx and Bella, keep her company and remind their mom to take a break from writing every once in a while to go for a walk, which is the best way to deal with a stubborn case of writer’s block.

An avid reader since childhood, Samantha was often found with a book in hand and sometimes one in each. After being gifted with a stack of romance novels from her grandmother, her love affair with the genre began in her teens. Many years later, she discovered her love for writing stories was just as strong. Taking her life experiences and training, she strives to find the perfect mix of suspense and romance for her readers to enjoy.

While the original planned stories for the Trident Security series have been completed, the seven novels and two novellas have brought many opportunities for Samantha to spread her wings and bring her readers more characters and stories to love. Look for her upcoming Trident Security Omega Team series, Doms of The Covenant Novella series, Blackhawk Security series, and more from the Malone Brothers series, in addition to several stand alone projects. 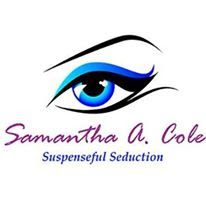 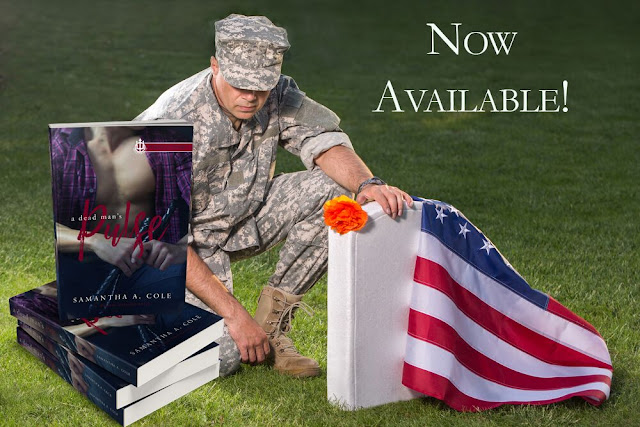