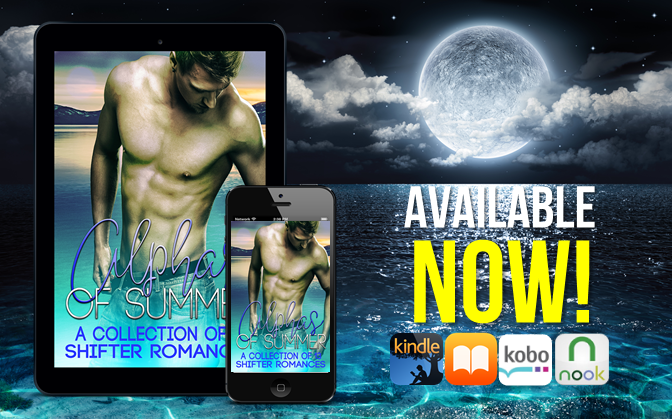 Wolves, leopards, bears, dragons, humans, mutants, and plenty of ALPHA MALES, Oh my!
Turn up your AC and break out the ice baths. Summer just got a whole lot hotter with this collection of 13 hot alpha shifter novellas.
AND it’s only on sale for a limited time so grab it while it’s available. #99cents

Charmed Wolf by Lia Davis ~ When secrets and dangers come to light, Dana and Cooper must band together to stop the rogue and his minions before all is lost. But will their bond be enough to harness the power needed to defeat such a foe?
An Alpha’s Second Chance by Dominique Eastwick ~ Lars and Jenny are fated to be together if they can love each other as much as they love Yellowstone the little things shouldn’t matter right? Can Jenny get past the fact the man of her dreams is also an Elk?
A Secret Rose by Debra Jess ~ Secrets, like roses, have thorns. Everyone has a dark side they hide from the world. When the man Dr. Daniella Rose loves is endangered, she must reveal hers, even if it means losing him forever.
Operation Wildcat by Megan Michelau ~ Being a leopard shifter never really phased Jess Baker in the past but when the mysterious Caleb Marsh strolls into town investigating multiple shifter deaths she can’t help but worry. They must band together and bring the ones responsible to justice before their existence is revealed.
Delia & The Werewolf by Jordan K. Rose ~ A woman of her word, Delia Montgomery has never backed down from a challenge. Though, she’d be a liar if she denied being worried about tonight’s friendly wager from her sexy rival. How could she possibly resist his advances at Seductions Nightclub, where drinks flow freely and passion pumps with the beat of the music?
Dragon’s Desire by JD Monroe ~ On his journey into the human world, Pahlin Stormcaller is a dragon out of his element. But when he meets headstrong bartender Violet, he discovers the human world has more to offer than he anticipated. And when a rival dragon threatens Violet, Pahlin must call upon his powerful nature to protect her and defend his own honor.
Pieces of Three by Kim Carmichael ~ When the three of them are shipwrecked on an isolated island after a storm, Julian and Porter find themselves in the middle of the Lykan lunar mating cycle. Both wanting Alyssa, they give into their desires and choose to share her, never realizing they could be risking her life. However, when Alyssa falls ill, Julian and Porter must return to Anthros, the island of the enemy, to save the one they love.
In the Cover of Night by Tigris Eden ~ Cyriaque (Cyr) Ravenueax is seriously rethinking his decision to start mentoring again, especially over the anniversary of the deaths of his wife and son. But when his adversary from the other side of the swamp stakes a claim that isn’t his to make, Cyr realizes that he needs to man up and take action. Only the woman’s appearance in his life is more unsettling than anticipated when he catches her scent and realizes the fates have given him a second chance.
Lone Enforcer by Jessica Aspen ~ Natalie’s hunt for clues leads to a blood soaked piece of land—and a trip down a rocky ravine. When lone wolf, Luca, saves Natalie he realizes—she’s the one. Will Luca reveal his secrets? Or will Natalie’s life be sacrificed for the good of the pack?
Alpha Squad: Boot Camp by Lorelei Moone ~ A few months after the shifters revealed themselves to the world, New Alliance man Eric is asked to join Alpha Squad; a joint shifter and human law enforcement task force. But there are complications: Is Alpha Squad even a serious initiative? And how will Eric focus on his training when he is certain that squad leader, Janine, is his mate?
Cade & Anna by V.A. Dold ~ Seeing his Daughter on the computer screen larger than life sets Cade onto a path of foolish, well-meaning choices. In a state of panic, he instigates a series of disastrous projects with the Help of Simon, Stefan, and Thomas. The final disaster lands Cade and Anna stranded on the family’s island with Anna in labor and no help in sight.
Dragon’s Curvy Dilemma by Mychal Daniels ~ Dragons need privacy. Billionaire dragon, Asher Princeton is a single dad and secret dragon-shifter. He just wants to get away from it all to spend time with his young son over the summer. Its time he showed the boy how to deal with being a dragonling. Daryl Livingston is squatting in his guest house. The young woman makes his dragon come alive. The last thing he expected was to find his true mate living in his guest house. Only problem… it’s going to take everything in Asher’s power to convince her of that.
Choices by H. M. McQueen ~ When an Immortal warrior rescues Rachel Andrews, the handsome Protector, drags her into a world she would never believed existed. The actions of one night drastically alter the course of his long existence. Torn between emotions and his life’s calling, Roderick Cronan comes face to face with the fact that he is losing both. 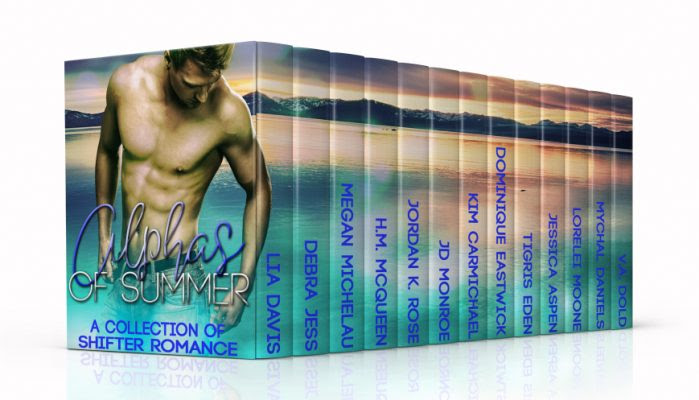