A SEAL trained to eliminate any threat. A young woman with a heart full of secrets.

Logan Forbes made a promise to a dying man he can't keep. His inability to make a difference drives him to join the military's most elite team. What happens when a package from a complete stranger changes everything about him? Will he finally be able to forgive himself for the sins of his past? Or will he lose the fight to an enemy he can't see?

Harper Kincaid spends too much time living in the past. She is ready to bind herself to a man she doesn't love, only to avoid dealing with the ghost she hides behind. When an act of pay-it-forward turns into a battle with a mad man, she will need the help of an elite killer, one she feels conflicted to love. Can Harper put her past in the rear view mirror? Or will the secret be too big to forgive?

This suspense filled romance will have you on the edge of your seat, gasping for air. Leaving you questioning who is the enemy and who will be the savior. Operation SEAL is the second installment in bestselling author Cayce Poponea’s romantically, suspenseful Trident Brotherhood Series. 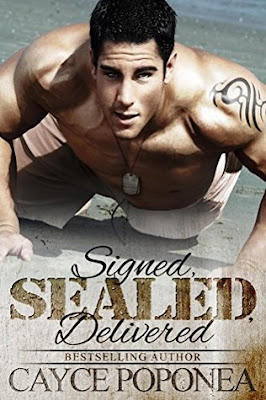