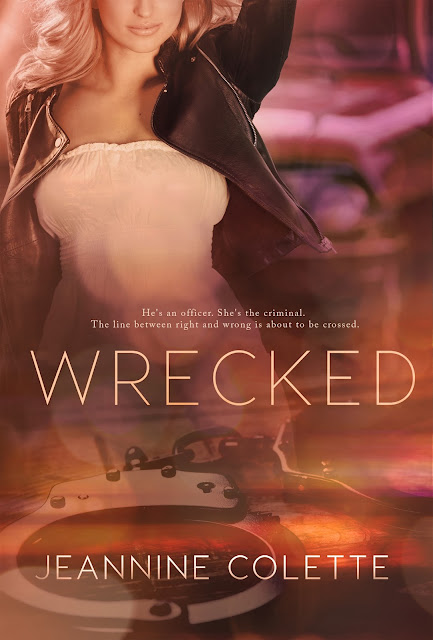 Take one sexy bartender. Add a badass cop. A splash of sweet, that's me. One sour, that's him... and serve over ice.


That’s how you’ll get to my current situation.


You know the girl - the one who commands the scene, bottle of liquor in hand, pouring liquid fire into the willing throats of patrons as they let loose at the local bar?

I may be known as the town party girl, but in reality I'm this close to my dream of opening my own bar - McConaugheys. Yes, it will be named after the acclaimed actor. What can I say? I’m a sucker for that sexy Texan.

Everything was going as planned until the night I had a few drinks and accepted a ride home from a friend. A misunderstanding leads to an arrest, and now I'm at the mercy of the one man I can’t stand, and trust me, the feeling is definitely mutual.

Adam Reingold is six-feet-tall and built like a stallion -- the man is the epitome of male. He also happens to be the town narc and hates my guts. There’s a story to our past and it's not a pretty one.

So, now, here I am, chained to him for the summer like a hardened criminal, doing whatever he tells me to do. Problem is, I can’t help but look at him when he’s not watching and wonder what our future could be like if things were different.

There are so many reasons why he’s all wrong for me. Even more reasons why I need to stay away from him.

It’s a cocktail of trouble. Best served shaken, not stirred.

OMG I TOTALLY ADORED THIS BOOK. This was my first book to read by Jeannine Colette and as cliche as it is to say this, it will not be my last. Ms. Colette has a new fan in me for sure. Her amazing art of telling a story is descriptive to the point you totally see and feel what's happening in the story as you read it yet it's not overpowering where you just want to 'say get on it with it already'. She TOTALLY found the perfect medium to hit. Her way with words is a rare find as well. By that I mean the backstory has a heartfelt message to it that people can relate to but it doesn't take away from the fun and ease of the story. And the love of everything Matthew McConaughey is such a fabulous touch and had me smiling from ear to ear (I may not be quite as bad as Leah but I am definitely a soulmate when it comes to the sexy Texan, Matthew).

Leah is a fun-time girl who is about to own her dream bar "McConaugheys". Adam is a cop in their town that has an obsession with getting drugs off the street. These two have a past since they were teenages; back when Leah was Brad's girl and Brad was his best friend. But when drugs take Brad's life at the young age of 18, Leah and Adam's world is thrown into a tailspin. Bad words were said and a friendship was lost. One night and one HUGE misunderstanding get's Leah arrested and her record as well as her future of owning McConaughey's is all in the hands of Adam. Her worst nightmare is about to come true - a 100 hours of community service to be served with Adam to keep her out of the system and her dream of owning the bar alive.

The author will take you on a Fun and at times Heart Wrenching ride as Leah and Adam serve her time. Can these two manage to put aside the past and work side by side for months? Can they finally move on from Brad's death and return to the close friendship they once had? I mean the man taught her how to play basketball for goodness sake (along with a few other things - lol).

This is an awesome story that I totally adored from cover to cover. It's a 10 Star MUST READ that should be 1-clicked ASAP! You won't regret it. 2 Thumbs Up for one of my top recommendations for 2017.

Jeannine Colette is a television producer, writer, mother, and philanthropist.

A graduate of Wagner College and the New York Film Academy, Jeannine went on to become a Segment Producer for television shows on CBS and NBC. She currently freelances in the television industry while attending to her children and pursuing her writing career. She lives in New York with her husband, the two tiny people she adores more than life itself, and a rescue pup named Wrigley.

Jeannine and her family are active supporters of The March of Dimes and the Hearing Health Foundation. 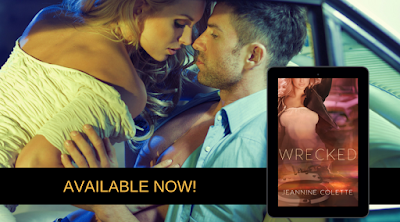 #ReleaseBlitz #Wrecked #JeannineColette #Giveaway #GiveMeBooks
Posted by Barb at 7:30:00 AM