Release Blitz - Battle of the Sexes by Adriana Locke 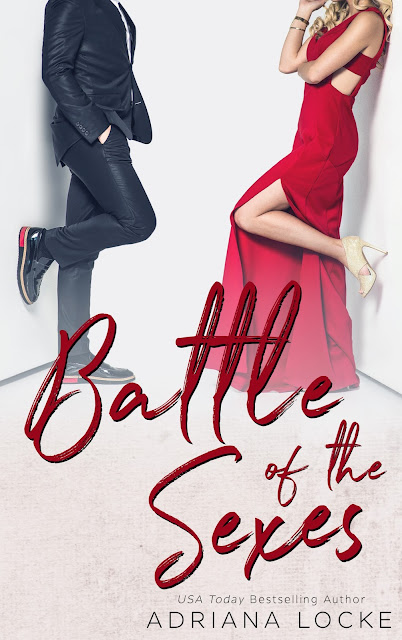 
When word reaches his fancy corner office that Gallum is replacing himself with his daughter, Amity, Carver is ecstatic.

For real this time.

Jones squashes men in the business industry flat. A woman? Pfst. He’ll be completely in charge in no time, doing whatever he wants. He’s so ready for this.

The battle may begin in the boardroom, but the war will definitely be won in the bedroom. May the best sex win. 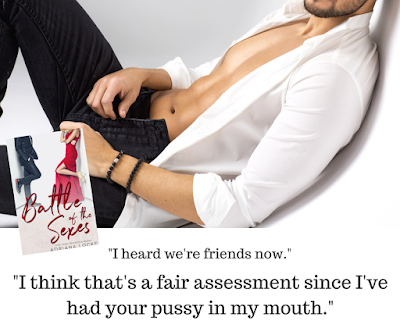 What a great RomCom! This is a well written novella that will have you grinning at some of the crazy situations between Carver and and Amity. The author could not of written two better characters to take the lead roles in this story. They are both smart, stubborn, competitive, sexy and have a history! A history that just might get in the way of their upcoming plans!

Amity has returned home from California to compete with Carver for CEO of their parents company. These two grew up together and when they parted at teens it was over an emotional and embarrassing situation, at least it was for Amity and she has come back to win this time and proves she's worthy.

Carver, being the egotistical guy he can be at times thinks he has this position in the bag. But what he isn't ready for is the fact Amity isn’t the geekie, kid he once knew but a sexy as heck woman that has her stuff together. Plus it doesn't help any that he is instantly attracted to the woman Amity has become. So who gets the job? And can Amity and Carver settle an old score that has festered for years or not? 2 Thumbs Up for a great story that I highly recommend 1-clicking. You won’t regret it! 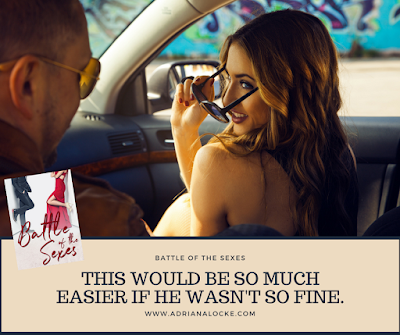 USA Today Bestselling author Adriana Locke lives and breathes books. After years of slightly obsessive relationships with the flawed bad boys created by other authors, Adriana has created her own.


She resides in the Midwest with her husband, sons, and two dogs. She spends a large amount of time playing with her kids, drinking coffee, and cooking. You can find her outside if the weather's nice and there's always a piece of candy in her pocket. 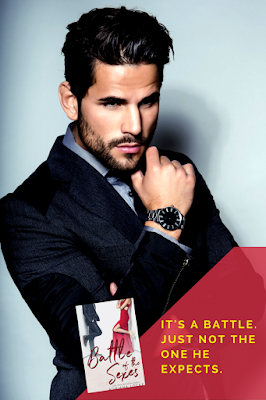