Blog Tour for Crave by by Stacey Lynn

Simon
Being a Dominant cost me my first love, but I can't deny who I am. I won't. Control and power are everything, and the way I keep mine is by playing only with experienced subs. No exceptions.
Until I met her.
She wore a mask, but I knew the moment our lips touched she was meant to belong to me. Young, new to the world of BDSM—I knew training her would be a risk.
I didn't know it would destroy me. 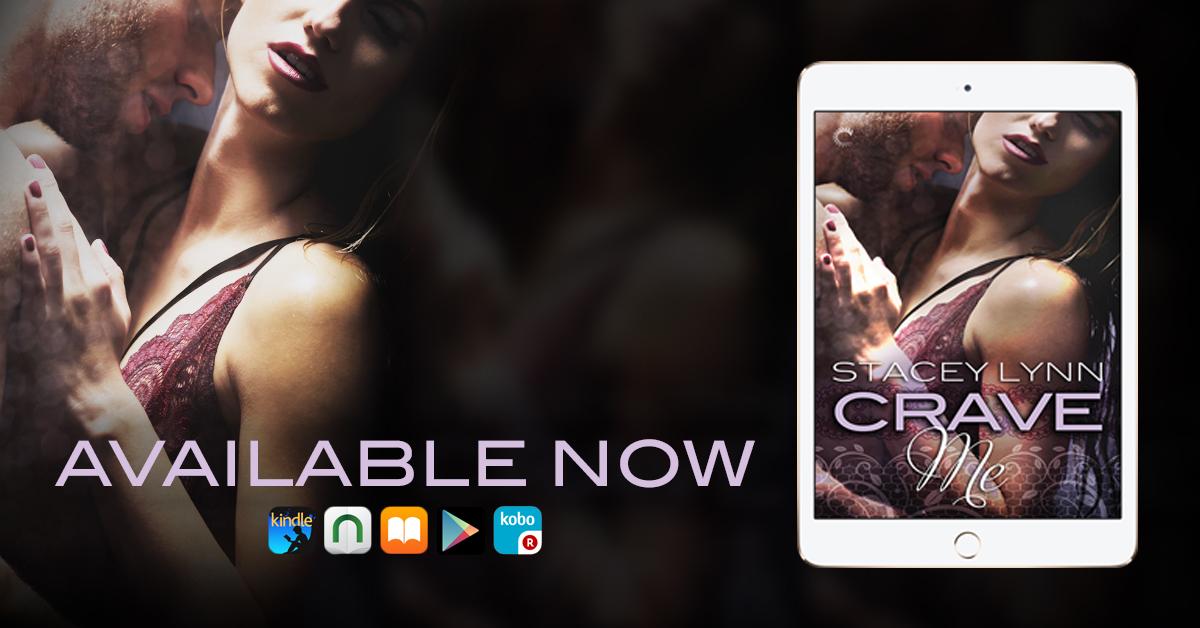 The characters are well written and extremely well defined. Simon is definitely one hot Dom and is a master in his skill. Chloe is sweet, beautiful and is naturally submissive but has eyes only for Simon. As for her sister, Simon's ex....I wish she would be abducted by aliens and brought to another planet. That woman worked my last nerve.


This is a wonderful book with a great storyline and I am sure anyone who likes this genre will love this book. I highly recommend it.

Chloe has had an attraction to Simon since she first laid eyes on him. Sadly for her, he had eyes for her sister. But when Simon attempted to bring his style of kink into his and Cassie’s relationship, she broke it off claiming he beat and abused her. She even threatened to expose him costing him his career. This has always bothered Simon that he pushed her too fast but he never hurt her as she claimed.

Chloe on the other hand wants to explore that lifestyle and she wants Simon to train her, which of course he refuses to do even though it’s been years since the split with Cassie. But when Chloe is hurt by another DOM at his club, Simon finds himself agreeing to train her for one month so she’ll not be hurt again. But with her the crush she’s had on Simon for years will Chloe come out unscathed at the end of the month? Will Simon be able to train her and then let her go or will he end up fighting to keep her knowing her family will always stand in their way?

2 Thumbs Up for this sexy, hot read that will have you fanning yourself and rooting for some kind of happy ending, even if it’s only hoping Cassie falls on her face while Chloe shines. I can’t recommend this book enough and I hope the author plans for more stories to come from the folks at Luminous.

Stacey Lynn currently lives in Minnesota with her husband and four children. When she’s not conquering mountains of laundry and fighting a war against dust bunnies and cracker crumbs, you can find her playing with her children, curled up on the couch with a good book, or on the boat with her family enjoying Minnesota’s beautiful, yet too short, summer.

She lives off her daily pot of coffee, can only write with a bowlful of Skittles nearby, and has been in love with romance novels since before she could drive herself to the library.

Stay up to date on Stacey’s latest news!