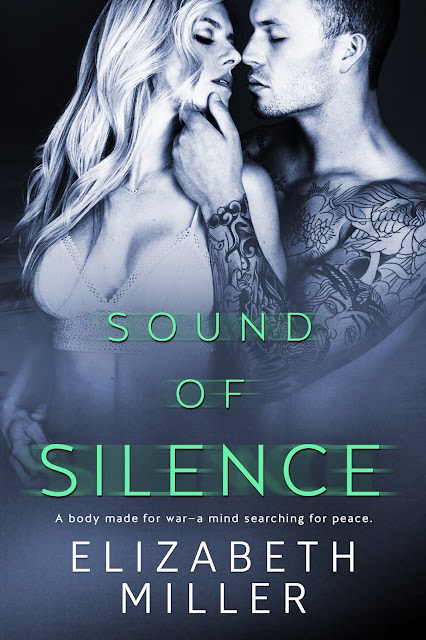 War isn’t a testament to a man’s strength — finding peace with it is.

Navy SEAL Caden Lawless is coming home. Holding his best friend as he bled out in the Afghanistan desert, Caden became bound by Justin’s desperate plea to care for his fiancée and to love the son he’d never know. Battling a barrage of memories and with a head full of noise, Caden travels cross country in his beat up Chevy to make good on his promise.

One knock on Piper Stevens’ door and he knows she isn’t broken. Pregnant and mourning the only man she’s ever loved, Piper wields her anger as a sword, slashing into Caden’s grief and his heart.

As Caden works to silence his demons, he finds a new mission, one far away from the heat and depravity that clawed its way into his soul. He demands his way into Piper’s life, intent on helping her pick up the pieces.

But even as the tentative fingers of a burgeoning friendship spread into something far deeper than either believed possible, duty calls for Caden to return to the battlefield. Fate brought them together—will war tear them apart? Or will Caden reclaim the sound of silence and remain with the woman who taught him love didn’t die in the desert? 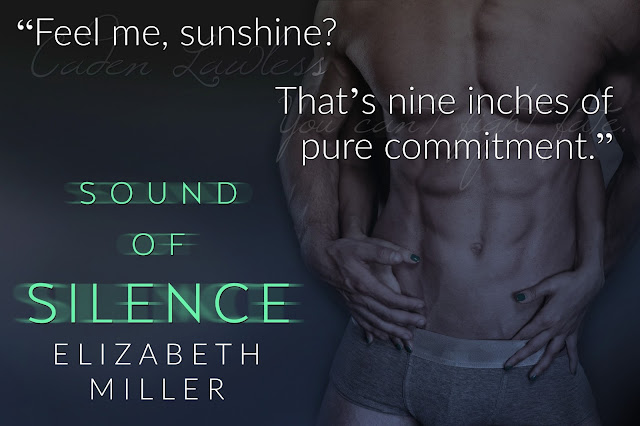 This is my truth....I loved this book so very much. What an incredible story, not only in the love story that bloomed, but in the story of loss, of second chances and the mystery and intrigue that takes place as a second storyline inside of the first. This book so so very well written that you find yourself hard-pressed to put it down until you reach the very end.

The characters are well written and a bit complex, especially Caden who is a Navy Seal who returns after losing his best friend on their last mission with a promise to take care of his pregnant fiance, Piper. Caden carries alot of guilt, sorrow and anger with him but is adamant about keeping his dying friends last wish. And he is also haunted by his buddy's ghost, but in a helpful way. Pain and confusion cloud his mind, but Piper becomes the light to his dark.

Piper is a strong woman, even through her grief she finds compassion for the hurting Seal and together they forge a friendship that soon becomes more.

This is a powerful story, one that many families and ex-military can relate to through the scenes of Caden's flashbacks to that painful day when so many were lost, when his best friend was lost. PTSD is something that does not control him however, but it does make the present even more cloudy when the stress of the present collide with the flashbacks of the past. This story is about healing, not only for piper but for Caden as well as he tries to put back the pieces of Piper's life, but also put's back the pieces of his own life and begins to bring peace to his mind and the "sound of silence" to his soul.

This is a great read and I highly recommending everyone give this book a read. You will not be disappointed. 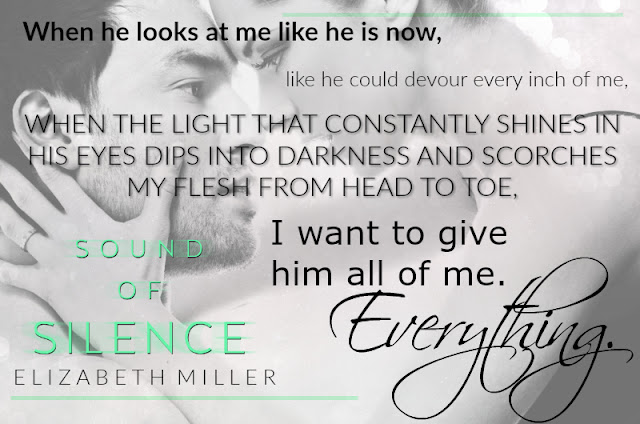 She’s down the hall. I can hear her music and her muffled voice as she sings. My hard cock hears her too and I’m suddenly angry about having more space. I want her with me, wrapped in my blankets, shifting restlessly as I watch her and make her wait for me to climb on top of her soft body. Fuck, I rub myself painfully against the zipper of my jeans. I huff through my frustration and get in the shower that I turn cold to appease my aching dick. It does little to ease the tension in my balls so I take matters into my own hand and beat off to images of her tits that I conjure in my mind. Even as I groan out my release I know it’s not good enough.   I need Piper.

Now that we’re settled in a new place, I can’t wait to make her mine. I promised slow but my pulse speeds while I towel off and throw on a pair of pajama pants, eager yet unsure of what I’ll say when I’m there. My palms sweat. Goddamn, I’m nervous. I stop dead in the hallway, feet from her room. For Christ’s sake, you’d think I’ve never approached a woman for sex. But this isn’t just that. I want to be careful with Piper. Correction, I want hard, primal fucking with Piper, but there’s time for soft and slow too. I want it all. I want all of her, all of the time.

I exhale and ease my heart into a steady beat, one that mimics the low bass throbbing out the beginnings of the stalker anthem “Every Breath You Take”. Well, okay. Maybe I need to layoff and refrain from begging. I laugh and rub my chest as I step into her doorway.

Fuck. Me. This roomie shit is hard and now so am I—again. Twelve months of no pussy zeros in on Piper in a tank and the female version of plaid boxers, short enough to show cheek as she bends to put a sweater in the bottom drawer of her dresser. She stands, throwing her head back on a high note. I can’t help but smile as she hits Sting’s pitch to perfection and then twists to gather the last garment from the laundry basket.

Piper’s engrossed in her music and doesn’t notice me leaning against the doorframe so I cross my arms and watch the show as it moves into “I need a Hero”.

“Nice moves, sunshine,” I murmur when she turns and her tits bounce through the dance. This is good shit.

Her head snaps up and she stumbles to the nightstand to switch off her Blu-ray speaker.

“Don’t stop on my account. That was better than a lap dance.”

“Oh, my God. Don’t you know how to knock?” She grabs a pillow from her bed, hugging it to her torso.

My grin grows. “I’ve seen your tits. You think hiding them from me will dissuade my imagination?”

Her gaze narrows in on mine, but then it flicks down to my abs and lower to my stiff cock. No shower in the world could kill that boner. She closes her eyes, but her accelerated breath moves the pillow up and down. Good, I like the direction she’s headed.

I nod. “Like so irritating you could tie me up? Because I might like that with you. Or, we can role play? I’ve got this fantasy.”

Her mouth falls open and then she swings the pillow and clocks me in the ear, a sneak attack that takes me off guard. I don’t know if I should be pissed at the assault or thrilled as my predatory nature wakes from sleep. The second hit lands on my hip. I snarl and size up my prey, at the same time stealing away her weapon. She pants and the tits I dream about heave, drawing my attention to the hard knots of her nipples straining against the fabric.

I stalk toward her. “You sure about this, sunshine?”

I stop and glare at her. “What did you call me?”

She laughs and chucks a pillow at my head. “Popeye the sailor . . .” she croons.

I advance. She retreats—singing. God is she hot, toned muscles, tanned skin, curves in every goddamn right place. And it hits me like a ton of feather pillows. I’m falling in love with Piper Stevens. The desperate ache in my cock is a pressing issue, but so is hearing her laugh and seeing her teasing smile every day. I want her voice to fill these walls until they crumble, even when the song is about me eating my spinach. This has moved beyond possession and into a dark cavern I’ve yet to explore. By the heavy lurch of my heart I’m not sure it’s ready to let her in. But I’m pretty sure that’s what happens. I’m going to share this piece of me and she’ll do the same. Together we’ll steady our pulse. Goddamn, the thought unleashes a primal instinct to claim her, take her, make it so no other man will ever have her again.

But first I’m going to wipe that grin off her face and make her scream. My initial pillow strike misses as she lobs to the left. The second hits her square over the head. Her eyes flare and then narrow and I can tell the minute tactical thought gives way to a frantic need to conquer her target. She misses a lyric and attacks in reckless swings. I’m trained in the art of war and in a minute, I chase her over the bed and to the other side of the room with quick snaps to the back of her thighs and a crack to her ass.

She twirls with indignation, gripping her backside and I drop my weapon. One arm around her waist, the other on her nape, I haul her against my chest and slam my mouth on hers.

Sweet Jesus she kisses me without hesitation, sucking my tongue into her mouth on a groan. We go deep, long open licks I use to punish her for singing that fucking song. It takes every ounce of my self-control not to pin her against the wall, peel off her shorts and fuck her into an apology. I’ll save that for later.   I tap her ass and help to wrap her legs around my waist and it’s the best, most natural place for her to be. When she wiggles into position, she slides down against my straining dick and I almost shoot my load. I moan and tug her hair, peeling her away to find her flushed skin, watch her lowered lids flutter against her cheeks as I rub the throbbing head of my cock against her pussy through fine layers of cotton. 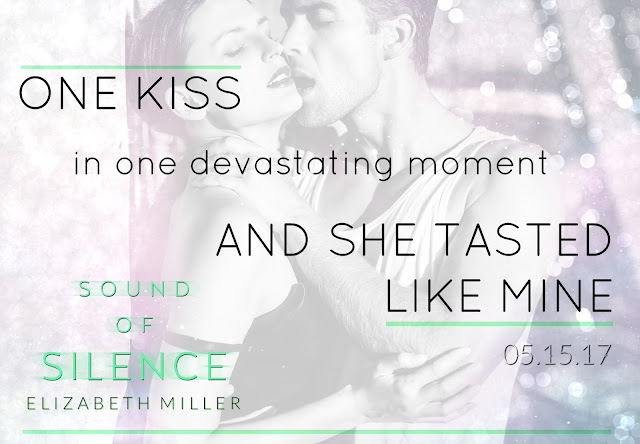 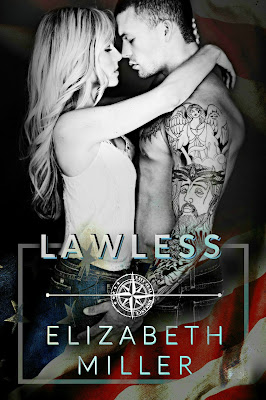 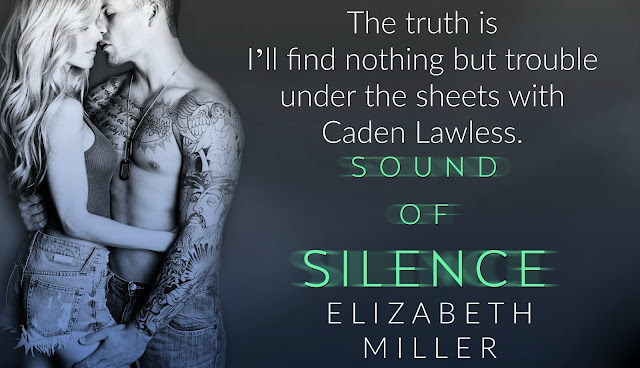 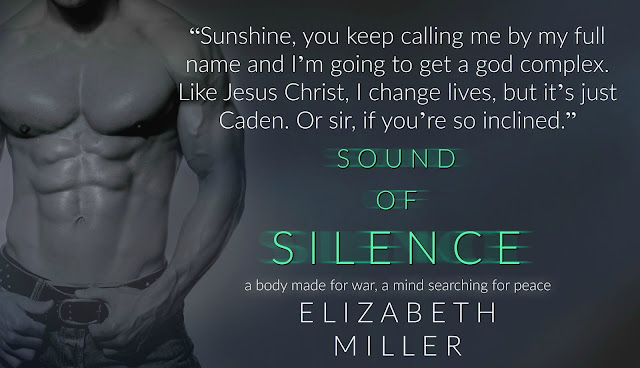