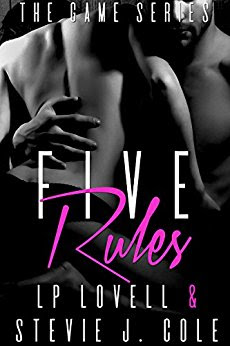 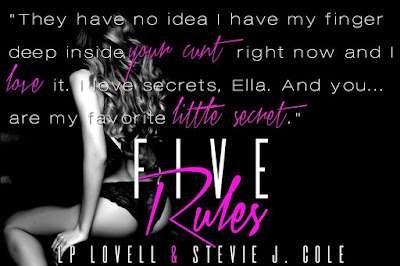 
How many days does it take to lose yourself? To forget what you once were? Day five and I don’t even know who I was before Tobias and Preston. Perhaps nothing more than a lost little lamb wandering aimlessly through life. But now I’m their little lamb, their sweet Ella. I belong to the two men who I want to own me, who defile my body and mind in the most tempting of ways. I crave their sin…but it’s all a game, isn’t it? A game of morality and deceit, of perversion and greed. They make me do things I never thought I would, they have me at their mercy with every touch, each kiss.

All I want to do is please them. I fear what I’ll become in the end, their little monster, their rabid wolf with blood-stained teeth.

Lauren Lovell is an indie author from England.

Because sometimes characters need to be flawed.
P.S. Stevie's greatest fear is the impending zombie apocalypse. Think about it: swarming armies of decaying, oozing corpses stumbling around with clicking teeth, trying to eat your face. Nothing about that is good. NOTHING!