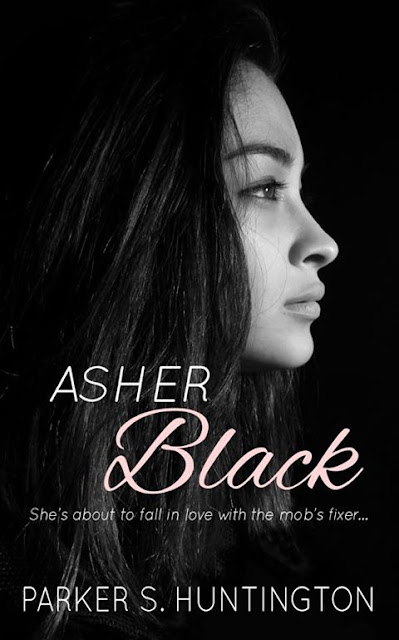 He was supposed to kill me.
I had done the unthinkable. I had called the cops on him, on his family, but he let me live. We became friends, and then... we fell in love.

Lucy Ives is a former foster kid, running from her turbulent past. On her first night in New York City, she accidentally calls the cops on the mafia. But when their fixer comes to kill her, he lets her live in exchange for a favor--be his fake fiancee or die.

Note: This is a full-length, ninety-thousand word novel with adult themes, sexual content, and mild profanity. Please, proceed with caution. On the bright side, there's a HEA, so you can feel like the happy ending makes you less messed up for liking the darker themes. 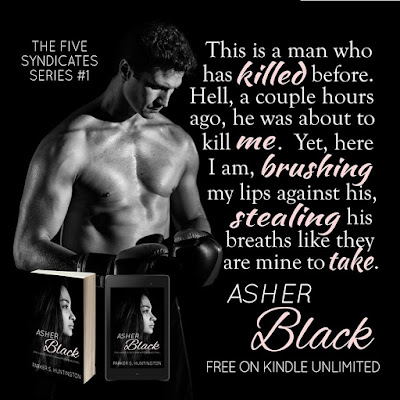 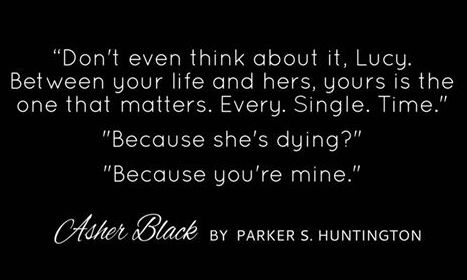 
Is he...isn't he? Will she....won't she? Are they....aren't they? Questions...all answered in this thrilling, suspenseful, sometimes laughable, angst filled, hot as all hell, well developed story that is Asher Black.

I thoroughly enjoyed this book, it's well written and intriguing storyline. The characters are very well defined and a bit complex in each their own way. Asher is hot, dark, hard to the point of being scary and has or may not have ties to the mob. Lucy is smart, strong, a bit scared but rises to the occasion when the need arises. I really love these two together. She brings a smile to his face and he puts strength into her very being.

The storyline itself is captivating as Lucy, a college student and her roommate Amie go out to a club not long after meeting each other. Here is where Lucy's life begins to take a turn, when she meets the one and only Asher Black. In a chain of events, Lucy finds herself having to look over her shoulder as she has placed herself in the sights of the mob, in particularly, Asher himself. But killing her isn't what he has in mind. His plans are a bit more complex and once he announces to some colleagues at his club that she is his fiance, her once simple college life takes a dramatic turn. The plan, fake this engagement for a year, marry for a year then divorce...all to keep his place in his business. But not everything goes quite a planned and as Lucy fights to keep her heart out of this arrangement, she finds herself liking Asher more and more as she gets to know the "real" him. There's much more to this man than meets the eye. But there is much more to Lucy too, as Asher learns while the days and weeks pass. And what he learns, turn his feelings from liking her to something much more.

I absolutely loved this book, it's such a wonderful read, and I highly recommend it.


What an absolutely fantastic book! The author has done a phenomenal job of keeping the reader on their toes with both the plot and the makeup of the characters. She has also gained another follower of her work.

The plot will keep you wondering not only about Asher’s connections but what’s going to happen next and to whom. The storyline is a suspenseful romance that will have you glued to the pages and wishing you were Lucy and had access to an Asher of your very own.

As the story unfolds, like Lucy, you have to wonder is Asher mafia or just a very successful businessman.  Is he a cold blooded killer or is that blown out of proportion by the stories circulated about him? As for Lucy, was she at the wrong place at the wrong time to end up on Asher’s radar or was she’s really lucky and at the wrong place at the right time, only time can answer that. One thing is for sure Asher is strong, sexy and intense and Lucy has no clue what to make of him. Especially when he seems to surprise her at every turn. 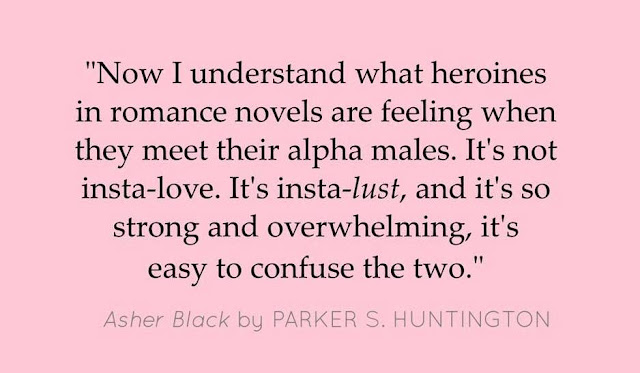 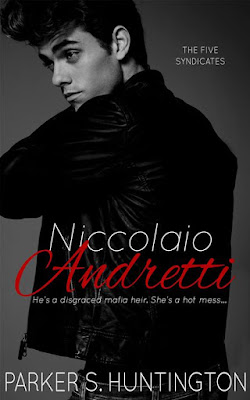 Those are all valid descriptions of me, especially since fleeing from Andretti territory. Angry with the turn my life has taken, I prefer the silence and loneliness of my house. Not only is it the safest place for me after my brother placed a hit on me, it is also my sanctuary—my place to get away from the bullshit that is people. Until she comes along—angry, demanding and so damn hot. I hate her immediately.

I’ve heard it all before. It doesn’t bother me. I have more important things to deal with—like graduating from Wilton; taking care of my little sister; and yes, finding the next guy to pay for it all. If I have to sleep around for it? So be it. If I have to lose the dwindling tethers of my sanity every day? So be it. Nothing fazes me. Until he comes along—angry, demanding and so damn hot. I hate him immediately.

Minka Reynolds has never been liked, but she doesn’t care. Struggling to earn custody of her little sister, she is on a mission to gain the only things that will get her there—money, a home, and a stable career. Unfortunately, she has none of those three, but she’s close. It’s just within reach… until she meets Niccolaio Andretti, the former heir to the Andretti mafia family, and everything she thinks is right becomes wrong.

She has two puppies, Bauer and Chloe, and lives with her boyfriend of four years--a real life alpha male, book-boyfriend-worthy hunk of a man. She is currently working on Book 2 of The Five Syndicates series, Niccolaio Andretti. Niccolaio Andretti is now available for preorder: bit.ly/NiccolaioAndretti