Treading the Traitor's Path: Out Bad
Release date: Sept. 18, 2017
Book #2 in the 'Neither This, Nor That' MC series by MariaLisa deMora 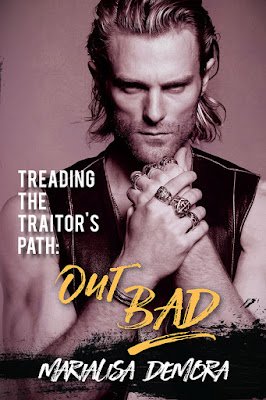 
Fate is a fickle mistress. No matter a man’s desires, she tends to give with one hand, and take with the other. Good or bad, it doesn’t matter to her, as long as there’s balance.


Ralph Lewis, otherwise known as Po’Boy, made one decision that changed the trajectory of his entire life. On the losing end of a schoolyard fight, he’d been on his back in the dust, glaring up at the boy who’d flattened him. Had watched unbelieving as that same boy stretched out his hand, offering to help Ralph to his feet. Against every instinct, he had accepted.


In that instant, he went from friendless pariah to having a partner and ally. For the first time in his life, he was respected ... and feared. Po’Boy spent the next decade defending his position at his best friend’s side. Life was good. Fate has a way of taking back the reins, though.


A long-ago action places him directly in the crosshairs of their enemies, and circumstances force Po’Boy’s hand. Members of motorcycle clubs, men like him who live an outlaw’s life don’t treat kindly with traitors, and in their world, that is what Po’Boy has become.


With events threatening to pull him away from everything he holds dear, he’s made to walk a careful line to keep those he loves safe. Bound by silence, for his brothers’ sake, he’ll suffer through the worst thing that can happen to a man who lives and breathes the brotherhood. Out Bad. 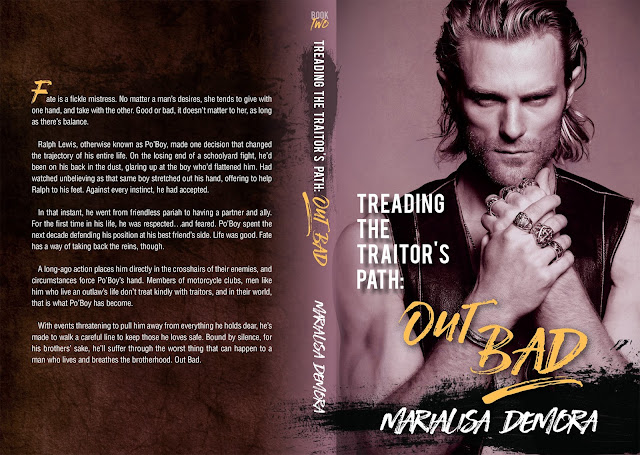