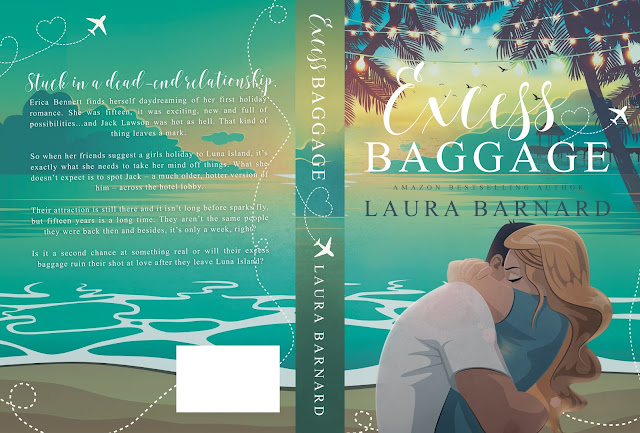 
Laura's latest romantic comedy
Excess Baggage
It's out on the 23rd
Pre-order => myBook.to/ExcessBaggageLB

Stuck in a dead-end relationship, Erica Bennett finds herself daydreaming of her first holiday romance. She was fifteen, it was exciting, new and full of possibilities…and Jack Lawson was hot as hell. That kind of thing leaves a mark.

So when her friends suggest a girls holiday to Luna Island, it’s exactly what she needs to take her mind off things. What she doesn’t expect is to spot Jack – a much older, hotter version of him – across the hotel lobby.

Their attraction is still there and it isn’t long before sparks fly, but fifteen years is a long time. They aren’t the same people they were back then and besides, it’s only a week, right?

Is it a second chance at something real or will their excess baggage ruin their shot at love after they leave Luna Island?

GIVEAWAY!
Head on over to Laura's facebook page:
https://www.facebook.com/laurabarnardbooks
to enter her cover reveal giveaway to be in with a chance of winning an ARC of EXCESS BAGGAGE and a £5/$5 Amazon gift card. 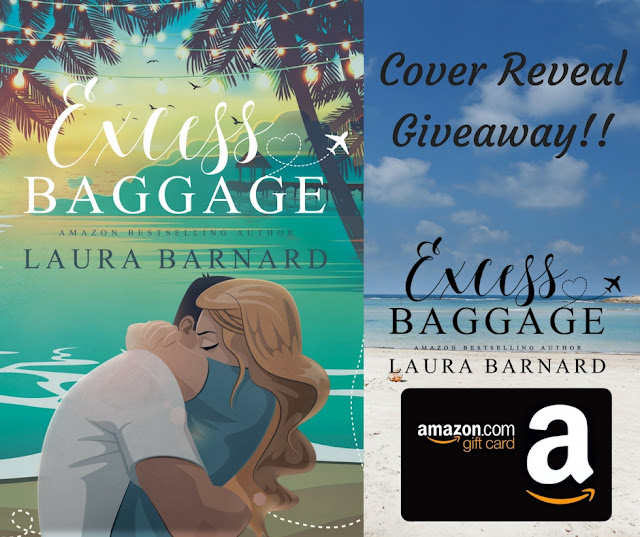