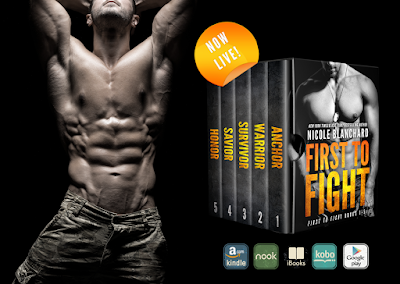 Enjoy four full-length novels and a bonus novella at a discount price for a limited time from the thrilling military romance series by New York Times and USA Today bestselling author Nicole Blanchard.

Book 1, Anchor Gabriel Rossi has never met her, doesn’t even know her name, but the former Marine turned Coast Guard will do anything to rescue the woman who saved his daughter, even if it means risking his career, his life–and his heart.

Book 2, Warrior Benjamin Montgomery returns home from his last tour in Afghanistan a broken man and learns the night he shared with his best friend’s little sister resulted in more than just smokin’ hot memories.

Book 3, Survivor Jack Walker doesn’t want anything to do with the woman who broke his heart–or at least that’s what he keeps telling himself as they embark on a poignant journey through the secrets that tore them apart.

Book 4, Savior Logan Blackwell has never let a suspect–or a woman–get away and made it his own personal mission to solve the recent attacks plaguing his small town with the help of his intriguing new neighbor.

Book 5, Honor (a First to Fight novella) Scott Green doesn’t believe in second chances, until he’s caught off guard by a kiss from a beautiful woman and is determined to win her back. 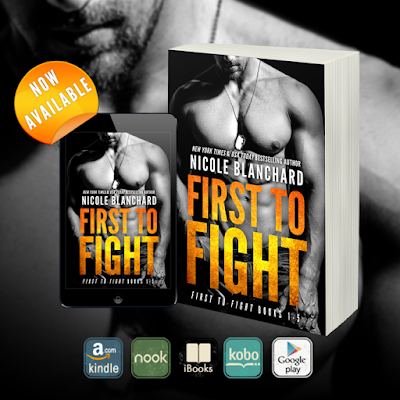 New York Times and USA Today Bestselling author Nicole Blanchard lives in Mississippi with her family and their menagerie of animals. She chooses each day to chase her own fairy tale even if they contain their fair share of dragons. She is married to her best friend and owns her own business.

Nicole survives on a diet of too many books and substantial amounts of root beer and slim jims. When not reading, she’s lavishing attention on her family or inhaling every episode of The Walking Dead and The Big Bang Theory. 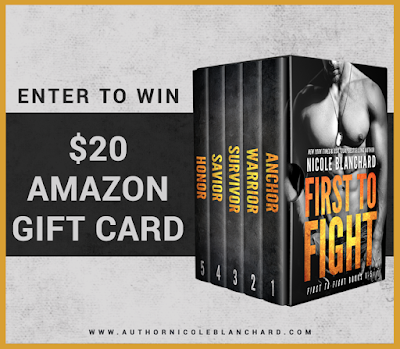