Alex is a married man who is several years into his marriage to Michelle, and his life is the complete opposite of what he'd expected. Alex and Michelle are happily married until he discovers the secrets she's been hiding for over a decade. Kymoni is a woman who has been betrayed by two people closest to her, never quite recovering emotionally she has given up on love and began making plans to endure her life alone. Until one day she ran into her true destiny.

Michelle Thomas is Alex's wife, a woman who always secretly enjoys having the upper hand in life and in her marriage, until her new boss Brian Ross comes along; a wealthy alpha male who secretly loves to dominate willing participants in his leisure time. Brian Ross has now acquired the company she works for, and soon discovers that Michelle will do anything for a cushy promotion and he has a plan that will give them both what they desire. As life throw curves to all involved, they all start to wonder if the path they are on is the right one. Is it worth being true to oneself, if it means sacrificing everything? 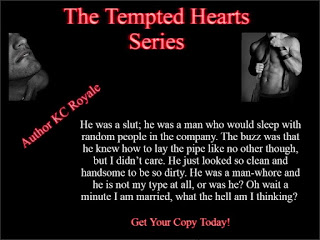 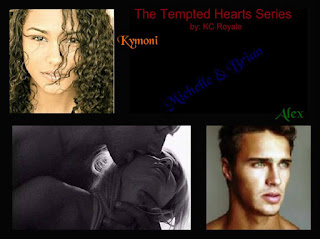 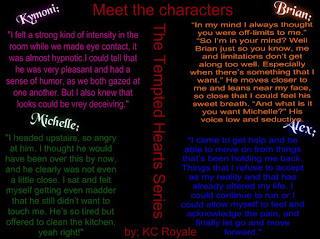 KC Royale started writing at the tender age of nine years old. Being the only girl in a house with four brothers, she used writing as a way to occupy her time. Her curiosity grew into her creating poems and short stories in various genres, which then grew into a love of writing all types of stories. Having grown up in the Washington Metropolitan Area, she got a lot of her inspiration from life, love and nature. She currently lives in Maryland with her family and her ever present laptop. When she is not writing she enjoys watching movies, theatre, cooking, traveling, and listening to soft rock music. She is also an avid reader who enjoys a good romance, erotica or thriller novel to pass the time. 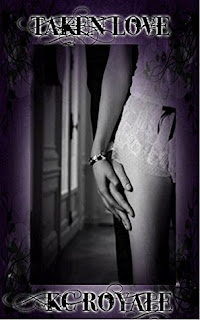 Your first crush isn’t normally the man who ends up dating your best friend, nor is he the man you end up wanting to marry. But my inexperience on how to handle such a strong reaction to one guy nearly cost me everything back then. They say you can't control when you first fall in love or who you fall in love with. So when I found myself in love for the first time at seventeen, it was a bit shocking. Not for the reasons you think, but then again, maybe it was.

His name was Johnathan Pierce, the one who drove me insane with lust, and frustrated me to no end. How could I not fall for him? How could any girl refuse his green eyes, experienced touch and intoxicating words? I knew that he was no longer the seventeen year old boy who had taken me for the ride of my life, he was a man now. It’s been six years since my heart was taken by Johnathan, a man who was now a CEO of a billion dollar empire. A man who has taken all that I had to give, and hurt me in the worst way imaginable, causing me to give up everything and run away. The indescribable pain I felt has consumed me for six long years, but now the time has come for me to return home. Home, where it all started for a girl name Kathleen Toth-Chamberlin. Every story has a beginning… and an end 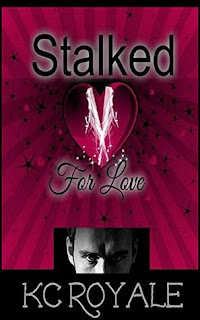 Jessica Moore is a woman who is still finding her way through life. Taking it all in, one class at a time, while she attended college. Being miles from home was never an issue for her, as she had easily adapted to living a college student’s lifestyle, until one night when she discovered that she was being followed.Jessica Moore meant everything to a man that she had no clue had feelings for her. To say that he was infatuated with her, would be putting it mildly. It’d been three years of torture for him, watching her behind the scenes, and living her life as if he didn’t really exist. His attraction for her was way too strong to ignore, and he knew that there was only a matter of time before he snapped if he didn’t have her. Nothing would stop him from getting who he wanted, even if she was a student, and he was her Professor. 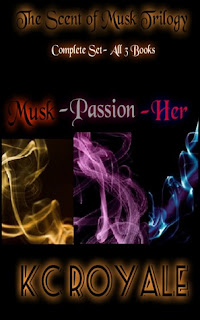 Two guys. One woman. One big decision. She is attracted to both, but in two totally different ways. With one guy there is this magnetic pull to him, an intense physical attraction she can't control. But with the other guy, there is this warmth with him that she hasn't felt since ... forever. The emotional connection with this other guy, renders her speechless. Susan’s life has always been complicated, ever since she lost the last member of her family, a few years ago. She’s had a hard time dealing with her loss, and how alone she secretly felt in this huge world. Taking life one day at a time, in work and in finding love, was her new motto. Until love came knocking on her door, in more way than one. This book contains the complete set in the MUSK series. The Scent of Musk. The Scent of Passion. The Scent of Her. This book is a new and sensual trilogy that will knock your socks off. 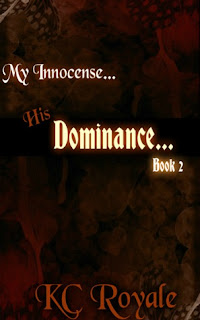 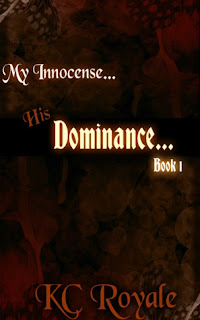 Nechole Olden was a woman who had just graduated college and had relocated to Fairfield, Connecticut. Where she was offered a job right out of school at one of the biggest publication companies in the world. She was very excited to start her new life, living alone as an independent adult. But what she didn't count on was a sudden change of her plans as fate stepped in, planning to conquer her... in the form of two men.
Two dominate men who could smell her innocence from a mile away. An innocence that had called to them both, but on two different levels. The secret, lies and manipulation to have her, had these men willing to do anything. Two will play but only one will win. This book has two parts. This is book one of this story but book 2 is also available. Both books will be released on the SAME day. This book is intended for mature audience. 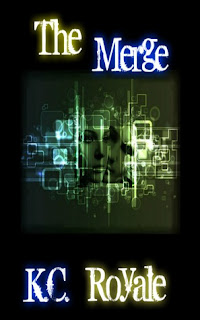 What happens when you wake up from the nightmare called your life to find out that everything you ever knew was a lie? What happens when everyone you ever knew was not who they claimed to be? What happens when your entire world is turned upside down in only a matter of days? Life for Kaitlyn O'Brien was always simple and very structured. She was a very smart girl who was taking life one day at a time. But she always knew that there was more for her life... but she had no clue what that was exactly. It was very hard for her, growing up in a house that lacked love, communication and most of all freedom. But Kaitlyn was special, very special, especially to an organization who has had more control of her life than she ever knew… and she was about to find out exactly why that is. 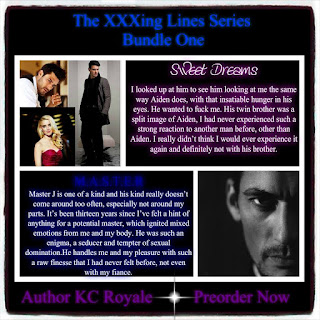 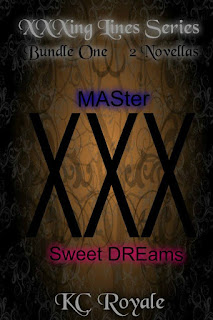