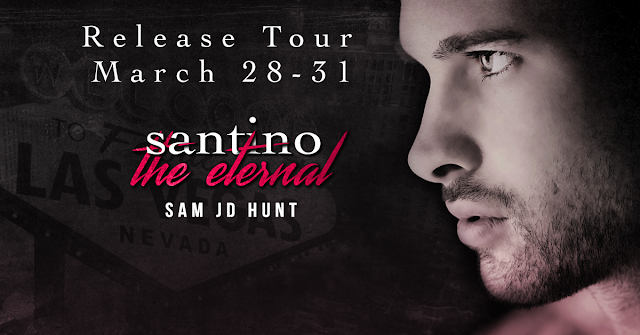 Santino the Eternal
a scorching love story you don't want to miss! 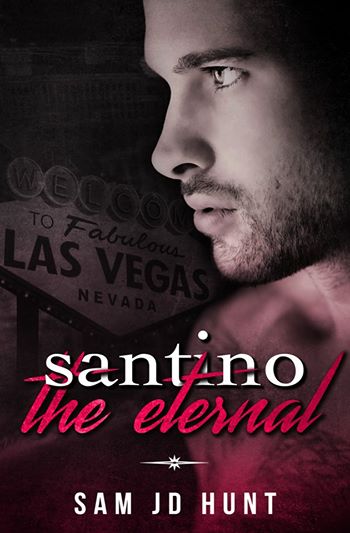 Santino the Eternal has never craved the forbidden - until now. As a blood-thirsty serial killer hunts the glitzy streets of Las Vegas, Santino collides with a young college student - can she make it out alive?

Clara Denton’s life is flung into chaos when she discovers a drained corpse in a posh hotel room on the Strip. And as if her life wasn't already spiraling out of control, her reclusive boss has taken a disconcerting interest in her. Unable to resist the dark pull, she is drawn further and further into the murky world of the undead - as well as just the dead, too. When the handsome Matthew Hunter arrives with his sights set on Clara, she is thrown into one final eternal struggle of good versus evil.

Can love truly be eternal? 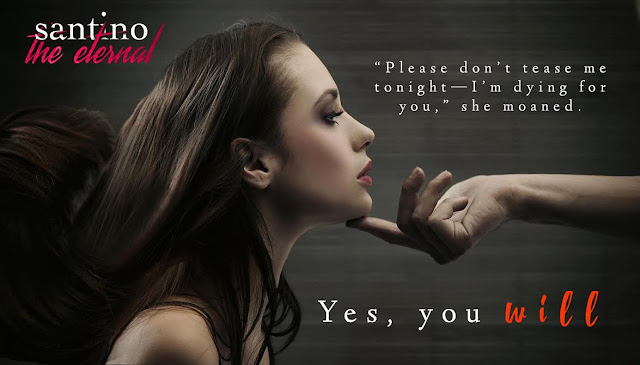 Nothing like a good Vamp story. Santino is the head of his family and now lives and owns a hotel in Vegas. When a maid at his hotel, Clara, finds a body, drained of blood, in one of his hotel rooms, suspicions begin. Is the body another victim of the Vegas Blood Lust Killer? For poor Clara nothing is as it seems. No one believes her yet she doesn't believe the story they are feeding her about the body. Who is killing these women? Does it have anything to do with her reclusive millionaire boss Santino? And why his sudden interest in her?

This is a very well written, suspenseful, paranormal romance that I highly recommend. 2 Thumbs Up and I look forward to more from this author.

Bite me now Santino!!! Nothing like a hot vamp to set you on fire and Santino the Eternal is just that. I enjoyed this book, A LOT! This book is very well written with a very interesting storyline surrounding this "family" of vampires (well eternal's as they call themselves). It is hot, suspensful, mysterious and at times a bit funny in the dialog between some of the characters, mainly Clara and her roommate.

The characters are very well developed and Santino is a bit complex. The sparks fly when Santino meets Clara, well it's electric to say the least. Clara meets Santion when she runs out of gas, not knowing who he is, but does know that this man is the most handsome man she's ever seen. Little does she know, and him either for that matter, he's her boss! Well he was at that point, since she was just fired. But after meeting her, Santino can't get her out of his mind, until he appears at her apartment to correct the mistake his staff made in firing her after she finds a dead body in one of the rooms she went to clean. He is hooked and is feeling things he doesn't understand.

There are murders taking place in Vegas and as their relationship builds, Clara begins to have the feeling that Santino is somehow involved in these murders. And this is when she begins to work my last nerve. Her constant he did it, he didn't do it, he did it, he didn't do it had me wanting to reach into the book and slap her! Ok, she's young, has trust issues and reads true crime books, but still...I wanted to slap her.
This is a great read and I highly recommend it and I can't wait for the next book to come out! 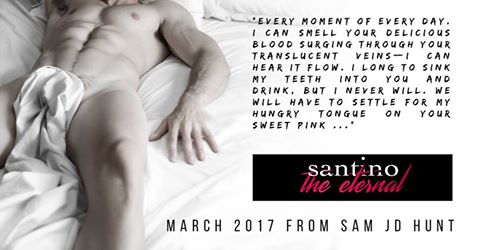 “May I?” he asked, pulling her t-shirt over her head. He needed to see her neck.

He loved her delicateness—the gentle lines of her collarbone, of her small breasts cradled in the simple cotton bra, but most of all, of her neck. Clara’s neck drove him to delirium—it was long, and her pale skin showed every vein; every vein that carried her sweet blood so close to the surface of her skin.

“You are beautiful,” he said as his lips skimmed across her neck, pausing to nibble her earlobe, and then back down, across the thumping artery, and down to her collarbone. He paused to smell her—beyond the faint hint of some cheap bodywash, she smelled warmly human. Santino, even during this short time, had grown to love the smell of Clara.

His tongue went lower, toying with the swelling flesh heaving over her small bra. He was going so slowly, and Clara wanted him—now. But as she reached to open her own bra, he stopped her.

“Please darling, let me unwrap you. We’ll never have a first time again.”

Hunt's next release was co-written with her husband. Dagger: American Fighter Pilot is a steamy contemporary romance, which follows a squadron of fighter pilots as part of the American Fighter Pilot read-in-any-order series. Following the release of Dagger, Hunt released the much-anticipated MMF/Bi/Ménage erotic adventure, Taken by Two and then its sequel, Torn from Two. Hunt then released DEEPER: Capture of the Virgin Bride as a follow-up to DEEP. Now Santino the Eternal, her first paranormal story and the first book of the eternals series about vampires who live in Las Vegas has been released, she plans to continue the series with Nicco but who knows what her creative mind will come up with next. When not writing, Hunt enjoys travel, community involvement, spending time with friends and family, and hiking. She spends her days writing and trying to answer the age-old question: is it too late for coffee or too early for wine? 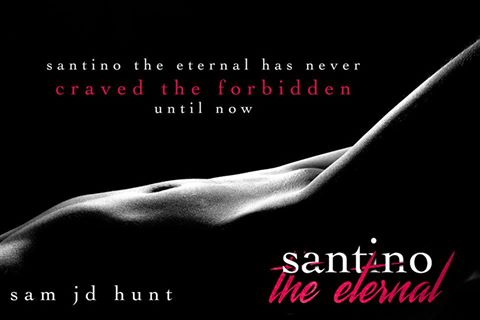