After burying his best friend Spencer and putting his murderer, Spencer’s own twin brother, behind bars, Derek is desperate to leave his old life behind. But now he has the responsibility of taking care of Spencer’s girlfriend, Zoe Sinclair, who becomes both destructive and dangerous to herself as she struggles to cope with the grief of losing the love of her life.

In a bid to start over, Derek packs Zoe up and takes her back to Melbourne…

Hoping it might be a step in the right direction to deal with her depression and restore her confidence, Derek signs Zoe up for self-defense classes at the local gym. What the ex-cop doesn’t count on is meeting the vibrant gym owner, Mia Perry, and embarking on a journey toward his own healing. The lively firecracker is exactly the breath of fresh air Derek needs, and Mia becomes an integral part of his life.

Painful memories sometimes hide behind the most beautiful smiles…

The always smiling Mia has her own troubled past and knows firsthand what it feels like to have everything taken away in the blink of an eye. Yet her determination to help Derek rebuild his life turns into something more as he stirs a burning desire to be more than just friends.

When Derek finally realizes he has the strength to live free from the shackles of the past, he decides to return home and reclaim his life…but where does that leave Mia?

Mia must decide if she’s strong enough to leave her own past behind before she ends up running away from a brighter future…and love. 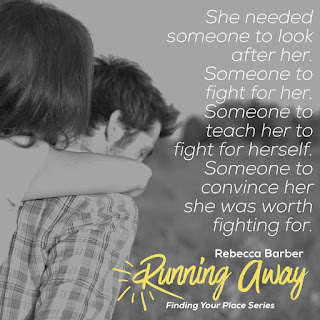 Derek and Mia's story was wonderful. Derek is a nice and wonderful man. He is one of the good ones that you hope to find. Book one tore my heart and ripped it to pieces. This book put it back together and gave it hope. I am interested to see where this goes with Josie and to find where Mia settles. Although the story completed I just feEl there is so much more to be told. 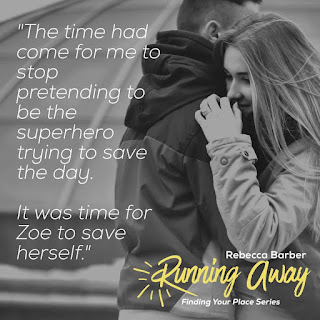 Running Away is a beautifully written, touching and emotional read. I enjoyed getting to know Derek and Zoe. Their story itself is heartbreaking after all, how do you arrest one of your friends for killing his own twin and also help the girlfriend left behind to pick up the pieces of her shattered life. I also rejoiced a time or two as well. Sometimes you just have to run away to begin to build your life back to some sort of normalcy. But while helping Zoe to get her life back, Derek meets Mia an instant connection is formed but can the two form a relationship with both of there pasts potentially getting in the way.

Thoroughly enjoyed this book and highly recommend it. 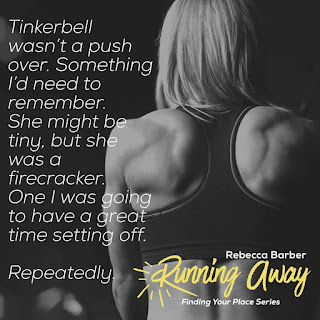 Purchase Now for only .99
http://amzn.to/2kHjVlz

Rebecca, one of four kids to her parents who are both primary school teachers, was born in Wollongong on the south coast of Australia before moving to the country with her family.

After a few years of embracing all that country life had to offer, the family relocated to Port Macquarie with its white sand beaches. After a brief period enjoying the sun and the surf they finally settled in Canberra where Rebecca still lives today. But all through her childhood a notepad and a book where never far away.

These days Rebecca is an avid reader, and when she isn’t buried in a book or cheering on her beloved football team she’s spending time with her husband Robert and their overly spoilt dog Levi.