Welcome to Mystic, Texas, where the past stays alive in more ways than one.
Tiffany Masters is desperate for a fresh start after the loss of her husband. Landing in Mystic, she soon learns the town has as many secrets as she does. The local book club, The Book B!tches, gives her the courage to be herself without worrying about adult things, like bills, parenting, and supper.
However, her new boss may be more than she can handle.
Nick takes pride in his business. Being the only bar owner in town has its challenges, the biggest being his new employee. Tiffany’s a fireball—sexy as hell, with a temper to match—and off-limits. She’s got kids; he’s been there, done that, didn’t care to get the t-shirt.
When their heated attraction sparks a spat, the sheriff gives them an ultimatum: settle their shit or go to jail. He’s got a crime to solve—a woman’s dead, Wren’s still missing, and there’s another possible victim.
Mystic may have a serial killer on the loose.

**This is not a standalone novel. It is recommended that Power of Love, Book B!tches #1 be read first.**

For a limited time only, all the books in this series are on sale for .99!!! 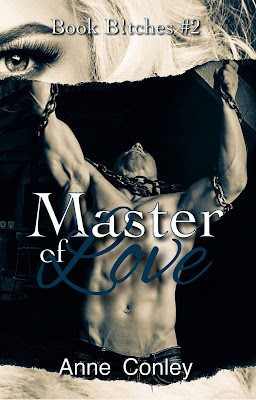 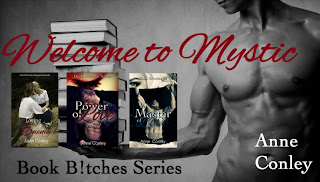 “I’m not sure, yet, Tiffany. I haven’t exactly decided what I want to do to you.” Nick gripped one hand into a fist and cracked his knuckles, but it wasn’t a move born of aggression. He was getting ready to use his hands, on her, and she was okay with that. His face was full of concentration, and the intensity shining from his gray, bottomless eyes bored straight into her insides and dived down into the depths of her pussy.
She was a mess, and he hadn’t even touched her yet.
“O-kay …” Tiffany whispered as she turned and did as he asked. A hiss of expelled air was the only discernable reaction. 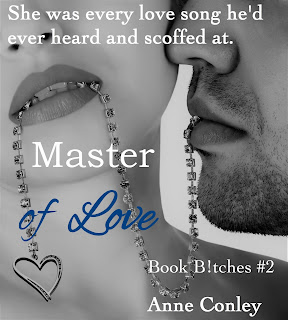 “Close your eyes,” Nick demanded, and she obeyed without question. “Do you trust me?” His gravelly voice suddenly had an edge of uncertainty to it, much like the smile he’d displayed earlier. It was odd and threw her a little off balance.
But she answered with a firm “Yes.” Because she did. As mad as he made her, she loved the asshole. She could admit it to herself but no one else. She loved Nick Livingstone.
And she was sure he was about to do something to her no man would ever do again. He would touch her in some way that would pale in comparison to everyone else. Even Conrad.
Shit.
A soft cloth fell over her eyes, and Tiffany reached up to touch it. “Nope, baby girl. Keep your hands on the desk.” Tiffany opened her eyes to see Nick’s bandana—the one he kept in his pocket for a handkerchief—over her eyes like a blindfold. 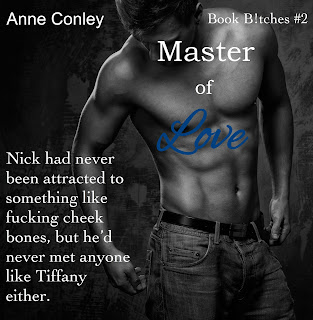 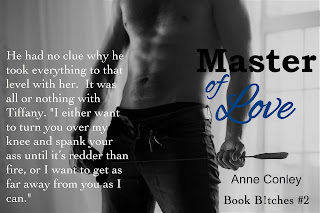 She wanted to scream inside her head, Yes! But Doms care for their subs and fall in love with them. Even as the words formed in her mind, she knew it wouldn’t happen. He may take care of her, but he didn’t really care. He wasn’t in love with her.
But she managed a nod.
“Do you trust me? You still okay with this?”
Tiffany bit her lip, more to keep from screaming the word at him, and he pressed against her tightly until she answered with a whispered “Yes.”
“Good.”
Nick gripped her hips, tugging her this way and that. Tiffany couldn’t decide if he was straightening her, looking at her from different angles, or what. But when he lifted her skirt and let out that hiss again, she didn’t care; as long as this ended up in sex, she was totally cool with whatever he did. Anger and resolutions be damned.
His finger tickled her backside as it traced her thong, slipping underneath it and tugging on it before letting it go with a snap. Her turn to hiss. That stung. 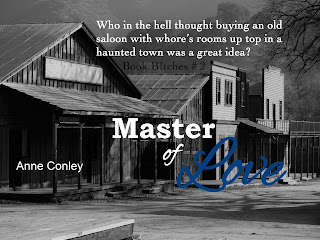 “You don’t even know how sexy you are, do you?” His voice scared her in the most delicious way. It was still a rumble, bordering on a low roar. Like a fucking bear.
SMACK!
“Ow! Son of a bitch! That hurt!” His hands were rubbing the spot he’d just spanked, the fingers rubbing and digging into the flesh. Eventually, the stinging subsided, and Tiffany had to admit it was the shock of the slap that had scared her. Nothing actually hurt.
“Okay?” Nick’s soft voice soothed her and taunted her at the same time.
“Yes.” Tiffany sounded petulant and knew it as soon as the word left her mouth. For some reason, she wanted to apologize for her tone of voice, and wasn’t that just the shit?
SMACK!
Again with the rubbing and soothing, this time on her other ass cheek.
“What exactly am I being punished for?” The bratty tone was gone, and now she hated the fact she sounded so weak. The question came out like she was begging for something.

SMACK!
“You accepted a date with Matt the Douchebag.”
SMACK!
Another slap on her ass, and instead of rubbing it, he slapped the same spot again before soothing it with his massive hand. Her butt was getting warm, and damn if the wetness in her pussy had actually increased.
“You don’t actually like him, you’re just doing it to make me mad.” Another resounding SMACK!
She pressed back into his hand as he stroked her. “To get back at me for something you still haven’t told me about.”
What the hell? Who knew she liked spankings so much?
SMACK!
Tiffany moaned long and loud that time. She couldn’t stop the sound from coming out of her mouth.
“Seriously?” Nick’s question would have been comical if she wasn’t so turned on. His hands on her stilled and then traced the edge of her thong again before dipping down below, into her drenched folds. “Fuck. Me.” 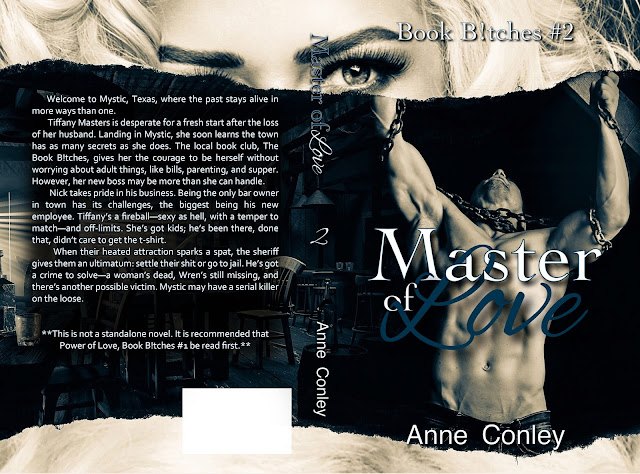 Check out my Rafflecopter for your chance to win a $50 Amazon Gift Card, PLUS paperback copies of Power of Love, Loving the Enemy, and Master of Love.

Join the release party on facebook on March 8th!

Are you stalking Anne yet?