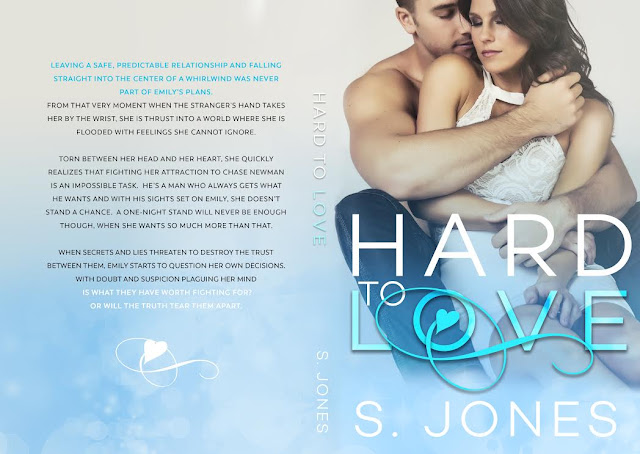 Add it to your Goodreads
https://www.goodreads.com/book/show/34450356-hard-to-love

Leaving a safe, predictable relationship and falling straight into the center of a whirlwind was never part of Emily's Plan.
But from the moment the stranger's hand takes her by the wrist, she is thrust into a world and feelings that she cannot resist.
Torn between her head and her heart, she quickly realizes that fighting her attraction to Chase Newman is an impossible task. He's a man who always gets what he wants and with his sights set on Emily, she doesn't stand a chance. A one night stand will never be enough though, when she wants so much more than that.
When secrets and lies threaten to destroy the trust between them, Emily starts to question her own decisions. With doubt and suspicion plaguing her mind.
Is what they have worth fighting for? Or will the truth tear them apart?