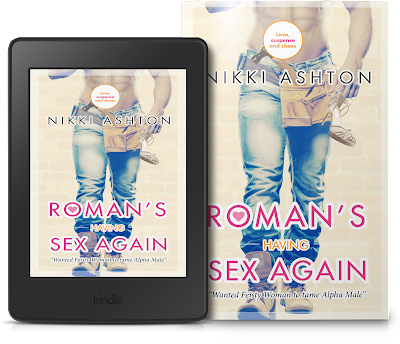 Summer James has suffered a devastating change to her life, one that could shape her future and to make matters worse she now has a new boss. Not such a major problem, some would think, but that boss is Roman Hepburn. He's rude, grouchy and impatient and has a damn fine ass!Very quickly her feelings for the dark, brooding, Roman change and it soon becomes evident that some highly charged sexual tension has been bubbling under the surface, and Roman makes it clear that he intends to make Summer his.Will Roman succeed in getting the girl, and if he does will he succeed in keeping the girl? Or will circumstances and Roman's hilariously strange, but loveable family, send Summer tottering to the hills on her six inch heels?This is a sexy, fun romance with some laugh out loud moments. Full of quirky characters, broody men and feisty women you won't be disappointed.

Head on over to Nikki's facebook page to enter her giveaway - https://www.facebook.com/NikkiAshtonBooks/

Roman and Summer!! What a wonderfully entertaining and well written storyline. I loved the well developed characters, especially Roman's parents, they were a hoot! I loved Roman and Summer's characters as well. From their first meeting, you just knew that they were a match made in Twinkle's heaven! A fantastic romantic read with a dash of angst, intrigue and some really "want to shake someone" moments.

This is an exceptional read. I highly recommend it. 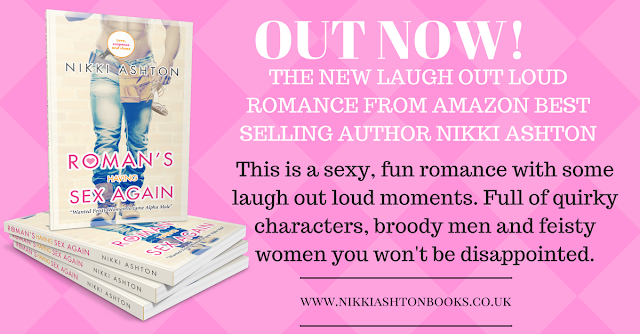