We’re thrilled to reveal the cover for The Final Bid,
Book Two of The Auction Series
by Michelle Windsor

It’s available for a pre-sale price of only 99 cents
or FREE if you are a KU member! 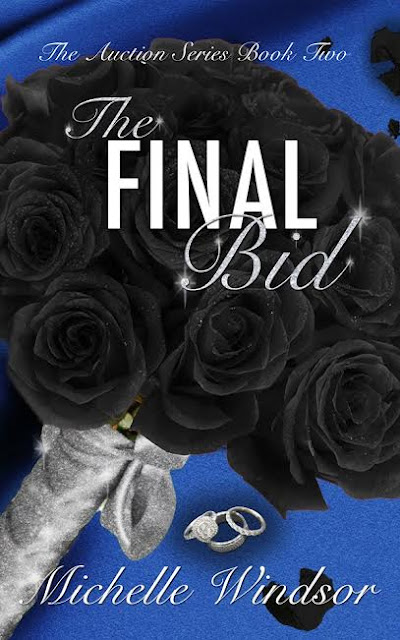 Tormented by his emotions and reeling from a shocking discovery, Drew is more determined than ever to uncover all of Hannah’s secrets. She doesn’t know it yet, but he’s been watching and waiting for just the right moment to confront her. This time, he’ll be the one in control, and this time, she will answer his questions.

It’s been two long months since Hannah left Baton Timide to concentrate on purchasing the business of her dreams. Dreams that are haunted every night by memories of Drew’s touch, his kiss, his insatiable hunger and the choice she made to walk away from him. Struggling with what her life requires she do, instead of what she desires, has her questioning all her decisions.

When Drew surprises Hannah one early morning at her shop demanding answers, they both discover that while the truth may set you free, sometimes, even love may not be enough.

To find out if Drew and Hannah’s connection was a short lived flame fueled by lust, or if the passion they share is the beginning of something more, read The Final Bid, the second and final installment of The Auction Series.

Add The Final Bid to your Goodreads: https://goo.gl/ukDSov
You can follow Author Michelle Windsor here: https://www.facebook.com/authormwindsor 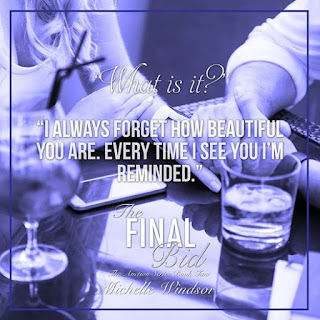 You can purchase the first book in the series,
The Winning Bid for only 99 cents or
FREE for KU members at: https://goo.gl/aAgl2P 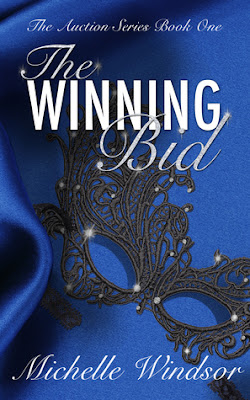