Krystina Cole is flawed and damaged from a traumatic experience. A relationship with Alexander Stone will never work. She knows that her capacity for love is limited, and that only she alone can repair the pieces of her shattered heart. But Alexander is everywhere she turns. In her mind. In her heart. And in her soul. She cannot deny him. He is her addiction and she is unable to stay away.
Alexander Stone has accepted the inevitable. If he wants to hold on to Krystina, he must bare all and release the secrets in his past. There were risks, but she is worth it. No woman has ever affected him the way that she did. She is the sunshine in his darkness. The lightning to his thunder. She is his angel.

Bound by their passion to be together, Alexander and Krystina fight to let go of their pasts. Together, they embark on journey of self-exploration, relying on trust to be their ultimate bond. Falling completely into one another, there finally seems to be a beacon of hope for their future. But as they test their boundaries of desire, fate takes an unexpected turn, threatening their only chance of survival… 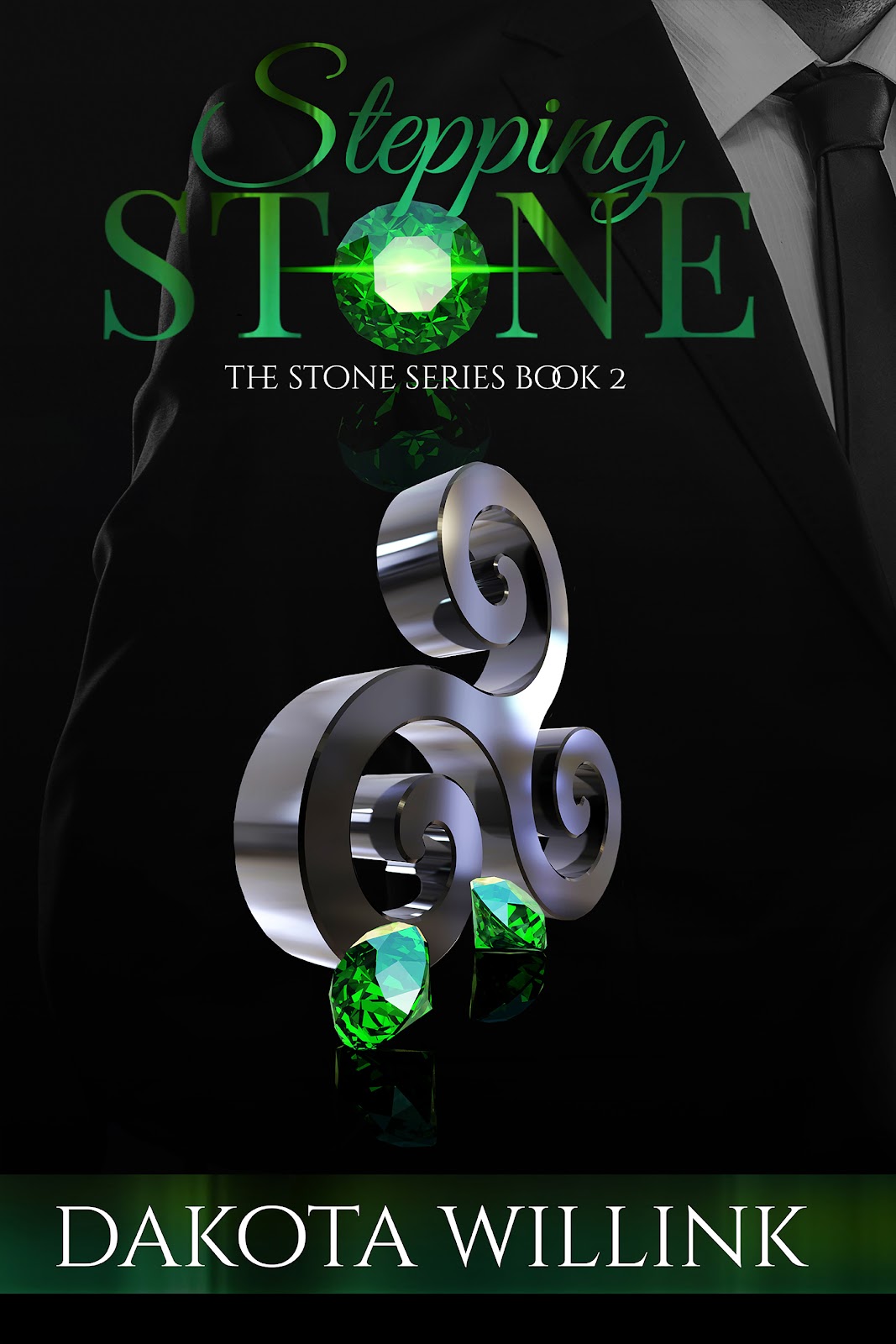 
The rain started to come down, the slow drizzle being replaced by large droplets that splattered on my cheeks. I was about to mention that we should probably get out of the rain before it started coming down any harder, when Alexander placed his hand over my heart. The feel of his warm hand on my chest stunned me into silence as my heart beat rapidly against his palm.
“Are you going to deny that you feel it?” he asked quietly. His voice had become low and raspy, the sound of it resonating through me.

“You’re imagining things,” I said, swatting his hand away.

His eyes flashed dangerously and in one swift motion, he cupped the back of my neck and pulled me towards him. Without warning, he crushed his mouth to mine.
It happened so fast, that my breath was literally sucked out of me as I tried to free myself from his grasp.

I could not accept his kiss. If I did, walking away again would be that much harder and the hurt even more unbearable. I kept my lips sealed in a firm tight line, refusing to give in.
Alexander fought me and continued to crush his mouth down against mine. He ran his tongue over by bottom lip, testing me for a weakness as I continued to deny him access. But I could feel the will slipping slowly away, my resistance now only halfhearted.

“Don’t fight me, Krystina,” he murmured against my lips. “It’s been too long since I’ve last tasted you.”

Lightning flashed in the distance and a low rumble of thunder sounded. I moaned, losing all will power to hold him off any longer. My body involuntarily gave away, prompting my hands to fly up and grip the back of his neck. Alexander growled his approval and deepened the kiss, pulling my body tighter against his. Our tongues lapped and danced together at an urgent pace. It was so good – too good. When his mouth began to work over my jaw line, I resigned myself to being lost to him and hummed with pleasure.

After a moment, he inched back slightly, our lips hovering over each other’s and our breaths mingling with every pant.

“Do you still want to say that this is just a figment of my imagination?” he breathed. 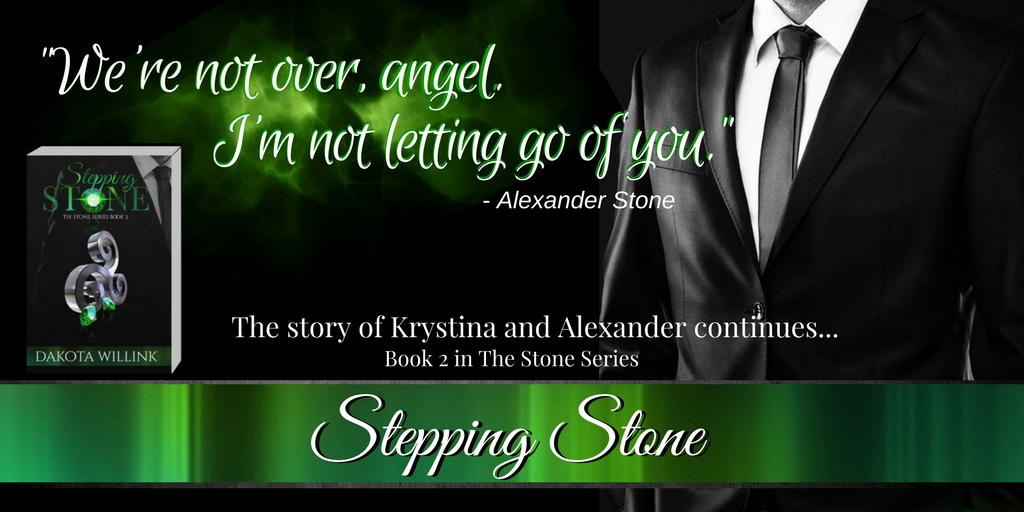 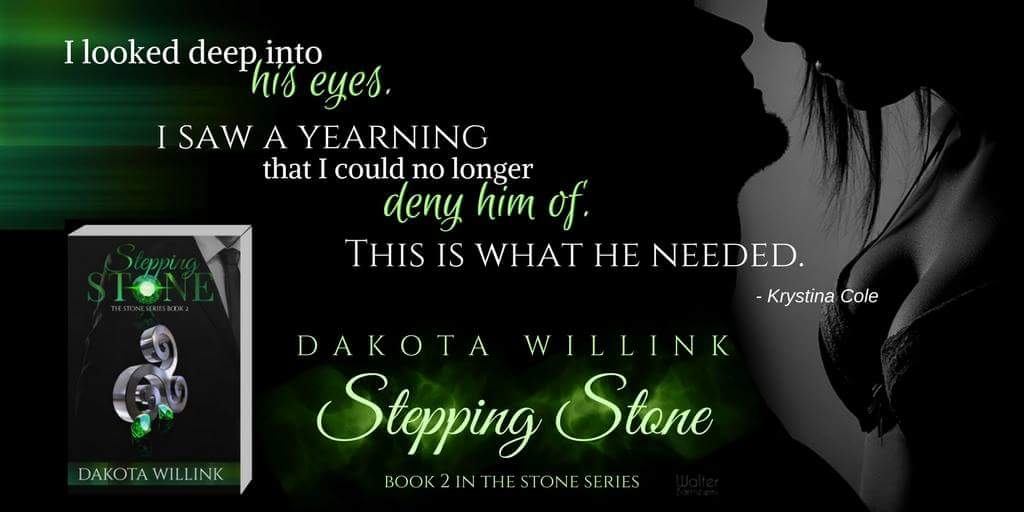 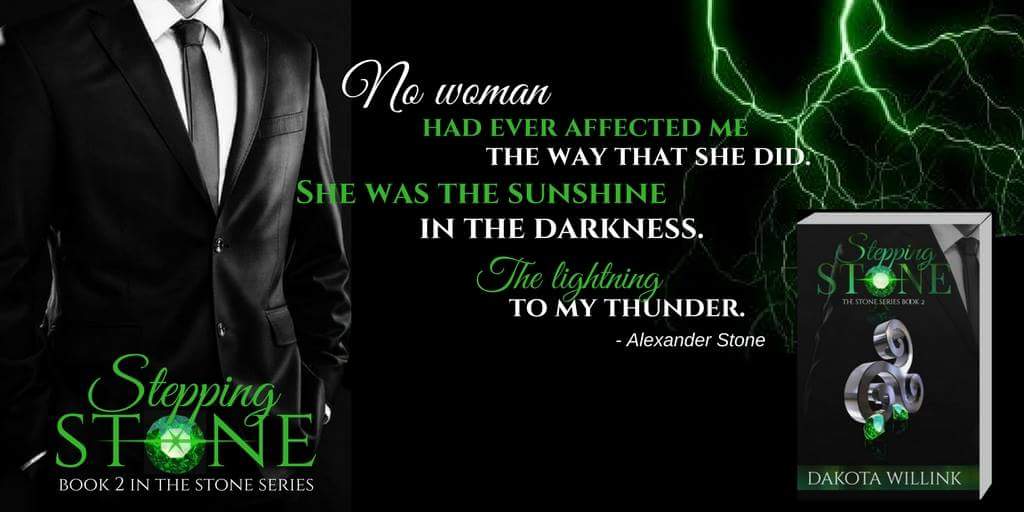 
Dakota Willink is a contemporary romance writer and editor, and the author of The Stone Series. She is an associate member of Romance Writers of America and a Readers’ Favorite International Book Awards winner.

Dakota has always had a passion for reading and writing. From the time she was an adolescent, she enjoyed curling up with a good paperback, reading genres that ranged from thriller and fantasy, to mystery and romance. She always dreamed of one day writing her own book, but had put her aspirations on hold to focus on her family and a career that would pay the bills. However, her heart continued to be with fictional characters – whether they belonged to a favorite author or if they were just stories that she made up in her own head.

In 2013, Dakota gathered enough courage to turn her dreams into a reality. In between playing chauffeur to two very busy children and working her job during the day, Dakota began to put words on paper. Eventually, she began to describe her life as a book. Everything she saw or heard throughout the day, intertwined with her imagination for the creation of future writings. By 2014, with the support of her husband and two children, she gave up the security of a steady paycheck and began working on her first novel full time.

Her first novel, Heart of Stone, was published in December of 2015. Less than a year after its release, the Readers’ Favorite International Book Awards recognized Heart of Stone as the 2016 Bronze Medalist in the romance category.

Dakota resides in the Western New York area, where she enjoys spending time with family, her two Labrador Retrievers, and her spoiled rotten cat. During the summer months, she can often be found soaking up the sun on the Great Lakes with her family.