Sins of the Father with Reviews

“The son will not bear the punishment for the father’s iniquity.” Ezekiel 18:20

Absolute power corrupts absolutely; it was a harsh lesson that my father learned too late.

Now we’re all going to burn for his mistakes.

As the prince of the Heaven’s Rejects MC, I had a life of luxury, a life I paid for with my father’s blood. Now the burden to get us out of this mess has fallen on my shoulders, it’s a job I never asked for, nor wanted, but I’ll rescue us all from the pits of the hell he cast us into.

I am the Devil’s son, but I’m not going down because of that bastard. 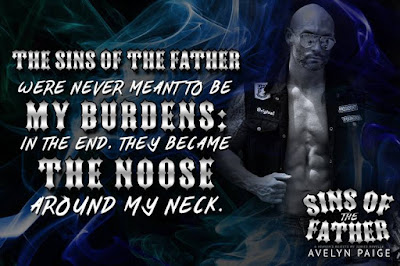 Great backstory novella. The book gives an awesome accounting of how the club started and exactly what has taken place to put the club in the situation it is currently in when Mike takes over the club from his Dad. The author has done a wonderful job and written a great storyline that will explain a lot to those who have previously read Heaven Scent and Angels and Ashes. For those that are reading Sins of the Father prior to the first two full length books in the series, this will put you ahead of the game in knowing what’s what.

I thoroughly enjoyed Sins of the Father and I highly recommend The Heaven Rejects as a must read MC series.

Nice to get the back story of Raze and the changes he fought for to make The heavens Rejects what they are today. It's is a short but powerful read. Getting to the heart of the man in charge of an MC club.

I, myself, would have put this book first in this series, but let me say..it doesn't really matter because this book is fantastic. If you haven't read the first two books in this series, do yourself a favor and get them. This book does tie up some loose ends and also gives you an outsider's view into this MC and the people who made it and the one(s) who took it down the path of trouble that almost ended it and everyone in it. You see just how Raze became the man he became and how the relationship between he and Jagger was forged, and how he became the President of the Heaven's Rejects MC. This book is wonderfully written with extremely well written, complex characters. The storyline is exceptional in dealing with the issues of drug trafficking and human sex trafficking. Great work here! 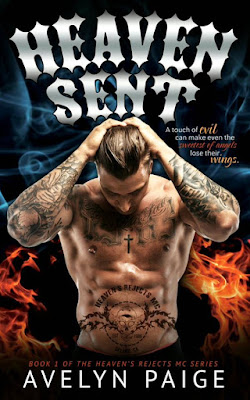 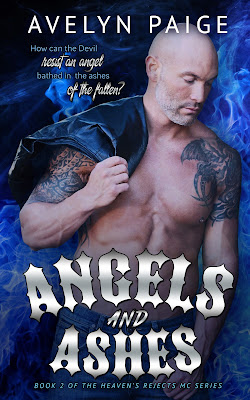 Avelyn Paige is a born and raised Indiana girl. While she may be a Hoosier by birth, she is a Boilermaker by choice. Boiler Up! She resides in a sleepy little town in Indiana with her husband and three crazy pets. Avelyn spends her days working as a cancer research scientist and her nights sipping moonshine while writing and book reviewing. Avelyn loves everything paranormal, Cajun culture, and wants to try tornado chasing as a hobby when she finally grows up. She just has to get over that pesky fear of thunderstorms first. Avelyn also enjoys collecting voodoo dolls from her trips to New Orleans. 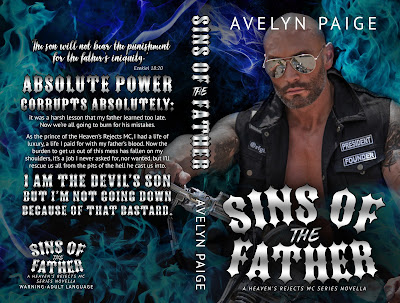