Bet Me with Reviews 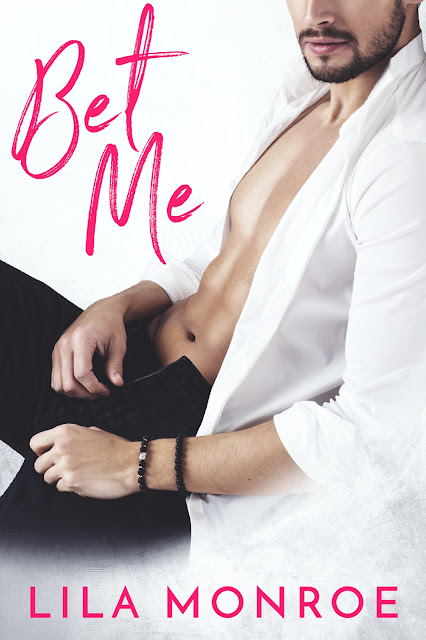 What happens when your sex strike goes viral -- and suddenly every man in town has their eye on your prize?

All I wanted was little old-fashioned romance. After a parade of Tinder disasters who think chivalry is giving me a pearl necklace on the first date, I made a pledge: until guys step up their game, this girl is off the market.

But one bottle of chardonnay later, and my drunken rant has gone viral. I’m the most famous person NOT having sex since the Jonas Brothers put on their purity rings. A men’s magazine has even put a bounty on my (ahem) maidenhead: fifty Gs to whoever makes me break the drought.

Be careful what you wish for...

Now my office looks like an explosion in a Hallmark factory, I’ve got guys lining up to sweep me off my feet - and the one man I want is most definitely off-limits. Jake Weston is a player through and through. He’s also the only one who sees through the mayhem to the real me, but how can I trust he’s not just out to claim the glory?

And how will I make it through the strike without scratching the itch - especially when that itch looks so damn good out of his suit?

The thrill of the chaste has never been so sexy in Lila Monroe’s hilarious, hot new romantic read! 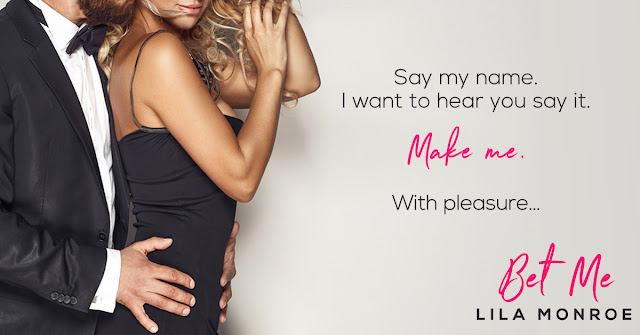 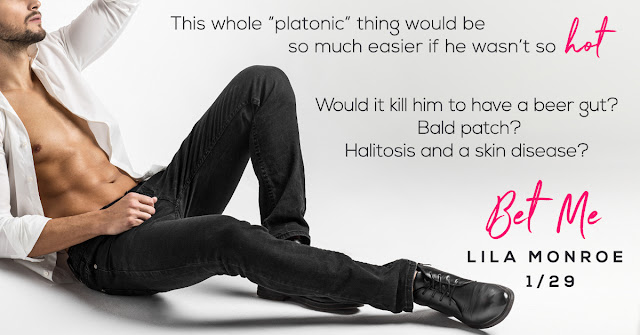 Such an enjoyable read. I LOVED this book, the well written storyline and the amazingly well developed, witty, sometimes stubborn characters. Such an entertaining, giggle worthy story that will have you smiling, frowning, gasping, and shaking your head at the situations that Lillie find herself in when her online rant goes viral! Overnight she becomes an unlikely hero to women all over the world, and all because she wants someone to date her, really date her, like it was done way back when. When men called on you to take you out to diner, brought you flowers just because they wanted to, to bring back the romance into a relationship, not just go out to some sports bar and expect to jump in the sack when the night was over. In other words, she wanted what pretty much all of us want. It is one disastrous date after another, until the ante is upped by an online magazine. Let The Fun Begin.

Then there is Jack, the one she met a couple of years ago, one New Year's Eve night after her boyfriend dumped her a couple of weeks prior. They set out on a mission of revenge and end up beginning what should be a night of passion, until the unthinkable happens.....zzzzzzzzzzzzzz.

You will thoroughly enjoy this wonderful romantic comedy and I highly recommend this book to everyone...and I mean everyone! It's a 10 star hit!

I loved this book! It’s Rom-Com at it finest! It had me laughing out loud at times and my ties curling at others. The author has written a great story about a girl tired of the modern way of dating. She longs for the Hollywood days when men took the time to romance women. But when her drunken rant about going on strike and swearing off sex accidentally gets uploaded to YOUTube and goes viral, Lizzie finds herself on a hilarious wild ride.

2 Thumbs Up for a great book that I highly recommend 1-clicking. You won’t go wrong with “Bet Me”.

Combining her love of writing, sex and well-fitted suits, Lila Monroe wrote The Billionaire Bargain. Lila enjoys writing, as it gives her a flexible schedule to spend time with her kids and a wonderful excuse to avoid them. She lives in Los Angeles with her husband, who strips out of his well-fitted suits nightly.